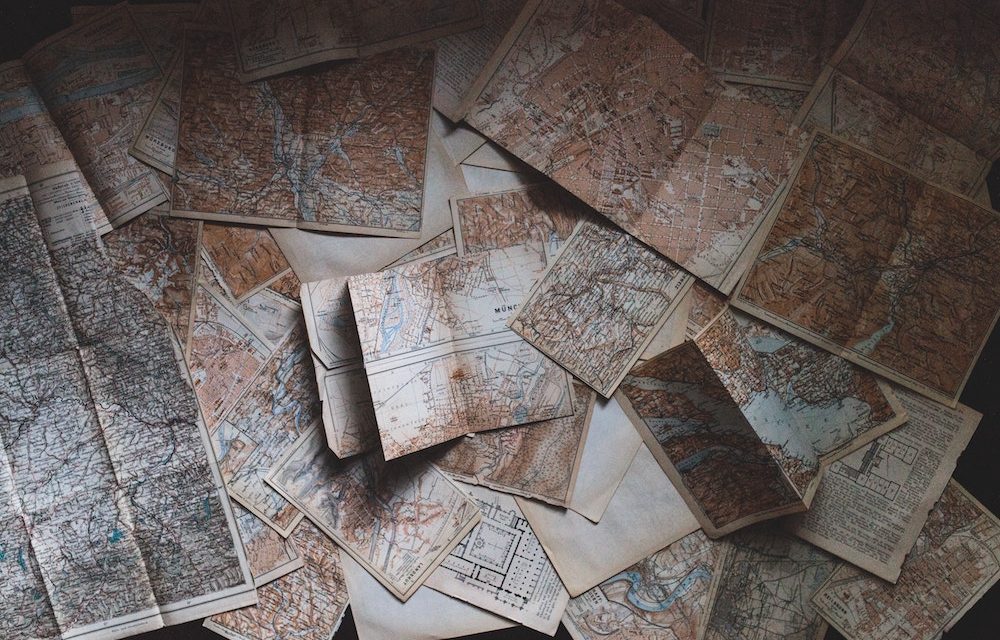 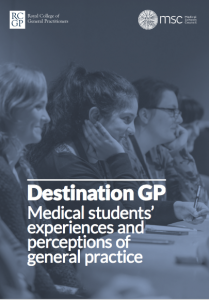 Becoming a GP should be a highly sought-after medical speciality destination. As a career, general practice can be both flexible and diverse – with new models of care developing both in multi-disciplinary teams and ‘at scale’, opportunities in research, teaching, portfolio working and clinical extended roles. Expert generalist skills are based on holistic assessments of often undifferentiated and complex presentations, making diagnosis, management and co-production with patients intellectually challenging. So why are many medical students and newly qualified doctors being put-off choosing it as their speciality? Why are GP training places going unfilled?[1] 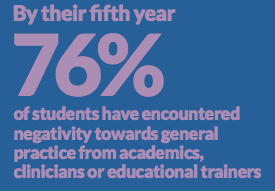 Destination GP based on a survey of UK medical students, published by the Royal College of General Practitioners and the Medical Schools Council, has shown that a key deterrent to choosing general practice as a career is likely to be caused by negativity towards general practice from academics, clinicians and/or other educational trainers. In total, 3680 students (9.4% of the total) across 30 medical schools responded, and 76% of these reported experiencing negative comments or attitudes towards general practice.

91% of respondents believed their peers had negative views about general practice. 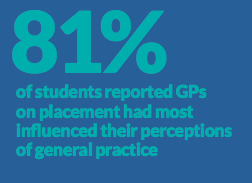 While knowledge about these issues has been published before,[2] [3] this is the first representative survey of medical students across the UK to produce significant evidence that denigration is widespread. However, the survey also found that GP advocates have real potential to deliver positive and impactful messages to students, and that experiences from GP placements can have a profound influence on student career choices. In the survey, 81% of students reported that GPs on placements had most influenced their perceptions of general practice. Academic GP tutors and medical school GP Societies also have an important role to play here. Four in ten (41%) students said their interaction with a GP Society had a positive influence on their interest in general practice, and 71% said that their academic GP tutors had made them more interested in becoming GPs.

The academic research basis of general practice is an important aspect of its intellectual appeal.

Giving these advocates more support is essential. The full-costs of student placements in general practice are not currently being met and practices receive substantially less for placements than in secondary care, despite costs being very similar. This must be corrected, to allow more practices to offer high-quality clinical placements, and give students opportunities from early in their training to meet positive role models for general practice. The academic research basis of general practice is an important aspect of its intellectual appeal but students need signposting to academic general practice within undergraduate curricula.

Destination GP sets out a series of recommendations to tackle these issues, and suggests that while the challenges may be daunting, there is much that can be done. The power of peer and role models needs to be fully appreciated, and the discourse that unthinkingly puts students off careers in general practice needs to change. Students need an accurate and informed picture of the current and future general practice landscape. Given the shortfall of GPs across the UK, and with worrying signs of an ongoing drop in numbers, taking urgent action is ever more important for the survival of general practice, and with it, the future of our healthcare service. 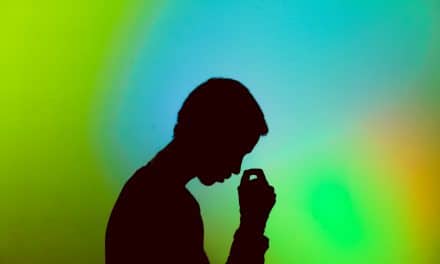