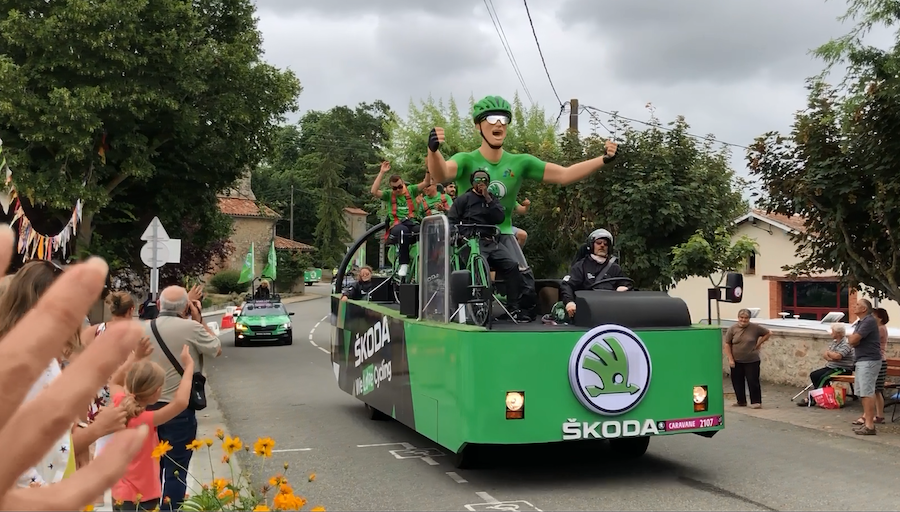 Sometimes we find ourselves in South West France when the Tour de France turns towards the Pyrenees. I have seen the Tour twice before – it is quite a performance. One has to drive to a propitious parking spot within walking distance of the Tour itself and then settle down to wait, together with a merry crowd of tourists and locals. First a great carnival of sponsors’ floats comes past like Disneyland on wheels, with various unlikely costumed personae throwing out treats and samples and promotional keyrings, bags, baseball caps etc. It’s reminiscent of a year’s worth of drug reps’ largesse from the days when we knew no better.

Then a dramatic lull, everyone now well warmed up for the real event. Then the police cars and motorcycles – who knew there were so many gendarmes in the whole of the region? In the distance you hear the helicopters approach – the Tour is near. A few final police motorcycles and you hear the shouts and applause as the first peloton approaches. This is not the moment to blink! The peloton of serious contenders, bunched closely together, approaches at the speed of an express train and passes you in a couple of seconds. Is that it then? No. More police and a few support cars, then a second peloton of also rans approaches, still much faster than any human has a right to cycle. This time they stream by for … well, seconds… as over a hundred riders pass. There is always one plucky straggler behind the second peloton, picking his way between the support cars and police motorcycles as best he can. 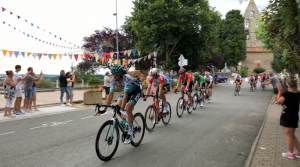 Then there is the endless trail of support vehicles with spare bikes on very expensive roof racks – bicycle repair shops on wheels. And more police vehicles. A couple of break down trucks. And more ambulances than you will find in South London on a Saturday night. And lastly a sort of high speed road sweeping team picking up the surplus treats and samples.

It’s a circus, and as the helicopters drift off into the distance everyone is left feeling happy. And this is just one day, yet the Tour itself lasts for a whole month. I dare say it is quite tiring.

The route the Tour takes is different every year, and this time it went through the village where my brother has lived for the last 35 years – a once in a lifetime experience. There is something rather special about French village life – I guess that’s why my brother lives there. (And why we have a holiday home a few miles away. And why our son and partner and our granddaughter have moved to the area too.) My brother’s village has 102 inhabitants, but has its own elected village council of 10 people, and of course its own Mayor – no French village would be seen dead without one. And this is where it gets interesting.

In France the Mayor and Council run the village pretty much as a commune. Oh, hang on, it is a Commune. The village is a genuine community where everyone knows everyone, and of course everyone’s business. Who takes the tractors and chainsaws into the commune’s forest, to ensure everyone has wood to burn in the winter – the mayor and council. Who decides the Mairie needs a bar, and then gangs together to build it and run it? Ok, you get the idea.

So what happens when the Tour comes by? Well, we drive into the village early in the morning, before the roads are closed. My brother, one of the village councillors, is setting up the bar so we all pile in to put tables and chairs around the Mairie courtyard, together with folk from the village. The mayor himself is busy wiring up an array of implausible and probably illegal deep pan fryers on a trestle outside the Mairie, to cook saucisson and frites for all.

Soon a coach comes by, dropping off what appear to be 12 year old gendarmes every few yards. The mayor explains that these are gendarme cadets, called in from around the region to act as marshals. Well, that’s ok then – they may look 12 and each have their own sidearm but someone might have trained them how to shoot straight. The elderly ladies of the town soon start giving them drinks and snacks and I show a surprising number of them where the toilet is behind the bar.

More serious looking gendarmes now close off the side roads and the atmosphere builds up with locals (only some of whom are Brits) and some out of towners standing around chatting and starting the day’s serious drinking.

Then – well, see above. The carnival. My wife holds our granddaughter who is bemused by the floats and the showers of tacky plastic gifts. We don’t let her have the ones promoting Gitanes but she becomes attached to a lurid green baseball cap. And gendarmes on motorbikes, gendarmes on motor trikes, gendarmes in cars – more gendarmes than Offenbach could imagine in a month. And then the first peloton. Seeing them come by in a village I have known for three decades, surrounded by cheering family and friends, is surreal but strangely perfect.

Now Monsieur le Mayor’s work approaches its dénouement. (Do the French have a word for dénouement, I wonder?) There is nothing quite like industrial quantities of saucisson and frites in the open air, the bar conveniently close by. 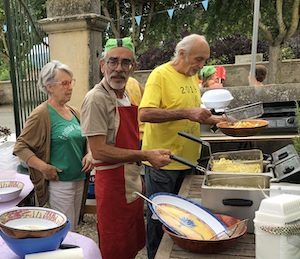 Eventually we pack up. M. le Mayor disassembles his dodgy but effective wiring. The teenage gendarmes, full of saucisson (but, to their credit, not beer) are picked up by their coach. Everyone stands around in little groups carrying out the essential business of village life – just being with one another and talking for France. And we go for lunch, with a nice long table set up in a neighbour’s front garden.

So what is the point of this tale? It is well recognised that the French know how to appreciate the good things in life. But this is more about how the festivities, indeed the village itself, were managed. Imagine a world where the leader, er…, leads. M. le Mayor and the other councillors don’t tell others what to do – they themselves just do the work. That is why they are there. That is why the village elect them. Not a single saucisson requisition form in sight. And that is why the village works.

It reminded me a bit of general practice, but not so much of the wider NHS or of UK political life as a whole. Our world desperately needs a whole lot more leadership and whole lot less managerialism. As Thomas Klikauer says: “Managerialism combines management knowledge and ideology to establish itself systemically in organisations and society while depriving owners, employees … and civil society … of all decision-making powers.”[footnotes]Klikauer T. Managerialism – Critique of an Ideology Palgrave Macmillan, 2013.[/footnote] To be fair a manager would never have approved that dodgy wiring. But then a manager would never have got the saucisson cooked. 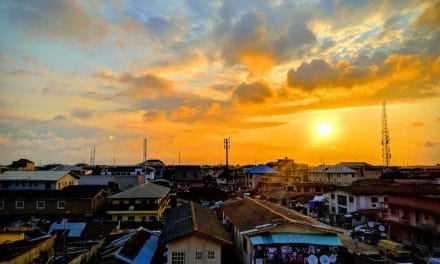 Global primary care: the privilege of being in the NHS 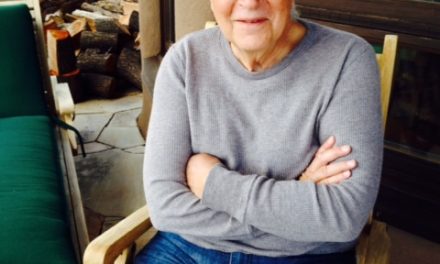 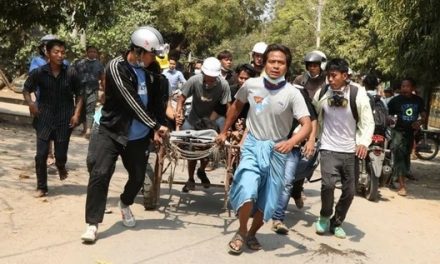 PROJECT EMPATHY. A RESPONSE TO THE HEALTHCARE CRISIS IN MYANMAR. 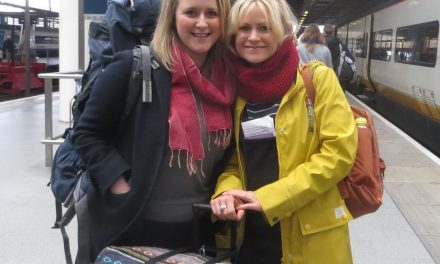