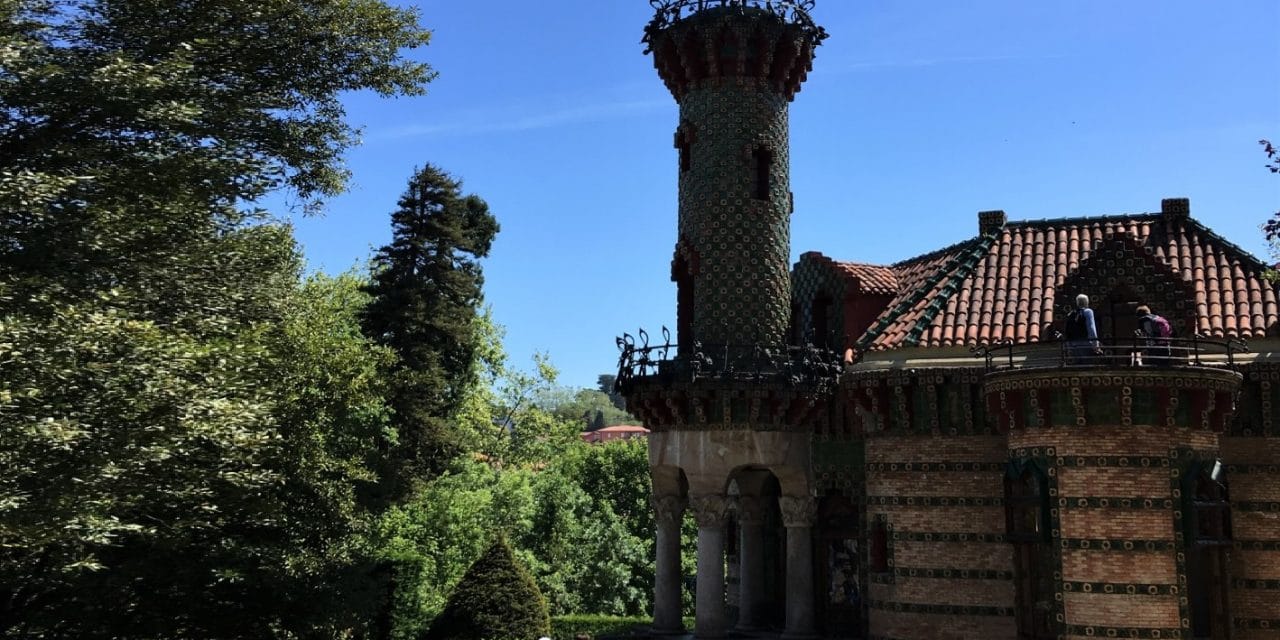 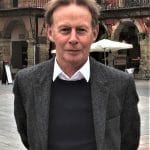 In better times if you ever are in Northern Spain near Santander or the Picos de Europa, do try to visit the charming coastal town of Comillas and El Capricho de Gaudi. I first visited the colourist palace many years ago when it was open to visitors as a restaurant with its overwhelming and unique architecture. More recently I was fortunate to revisit the site and it has been transformed into a beautiful well organized museum. The guided tour of this little gem was a revelation.

This was one of Gaudi’s early commissions for a wealthy lawyer, Maximo Diaz de Quijano, who was working for the Marquis of Comillas in Cuba. He was to die shortly after moving into his new home from liver failure. The building was designed in an eco-friendly way with a large south facing conservatory transmitting light and heat throughout. Some of the sash windows offer  magnificent  views and musical bells chime when they are opened. There are many allusions to nature in the building but the sunflower is the dominant leomotif. The architect’s youthful exuberance is evident with oriental and Moorish influence.

Antoni Gaudi [Reus 1852-Barcelona 1926] was an enigma with amazing powers of observation and creativity. These assets may have developed when as a child he suffered from an acute form of arthritis, mainly affecting his ankles, resulting in poor mobility.1 Gaudi spent large amounts of time observing nature and his surroundings, unable to play with friends. The only treatment available was rest, various diets and homeopathy. It is known that creative art is beneficial to patients with chronic diseases. Well known artists who have suffered from Rheumatoid Arthritis are Renoir and Duffy, while Klee suffered from Systemic Sclerosis.2 Arthritis was not the only suffering that Gaudi had to contend with. Two of his siblings died in infancy, his older brother died suddenly soon after qualifying as a doctor and his mother passed away in the same year after a short illness. In mid life Gaudi was exhausted by the demands of work, his vegetarian diet, mood swings and low spirits. His condition deteriorated when he developed a high fever and rheumatic pains. Brucellosis was diagnosed, probably due to drinking unpasteurized goat’s milk. Four months of convalescence followed in the town of Vic and later in the Pyrenees, where he made a slow recovery.

[Gaudi’s] examiners were to comment: “We have either passed a genius or a madman”.

As the son of a coppersmith, Gaudi observed the techniques used in metalwork in his father’s workshop and he later applied them in his architectural designs. Inspired by the nearby ruins of Poblet Monastery, which he explored with his friends, he eventually settled down to ten years of study to become an architect.3 He had a name for abruptness and ingenuity and his examiners were to comment: “We have either passed a genius or a madman”. They soon had their answer in designs which were highly innovative and revealed an acute eye for detail in the modernista style. He became the go to architect, his practice grew and he engaged several assistants. Spurned in love he seemed destined for celibacy, turned against materialism and became known for his piety. After many successful years in his profession the page gradually turned following the Spanish American conflict and the civil unrest of Setmana Tragica [1909]. He now had more time to dedicate to his final monumental masterpiece the Sagrada Familia popularly known as the Cathedral of the Poor.4

Gaudi’s death was due to an accident when he was hit by a tram. He was frail and possibly distracted but he also had a habit of walking in front of trams as he thought pedestrians should have the right of way. Because he looked like a tramp he was taken to the hospital of the poor, Santa Cruz, and died from his injuries two days later. There is sadly no autobiography and all Gaudi archives were destroyed in the Spanish Civil War. His real autobiography lies in his buildings. He knew his cherished Cathedral would not be completed in his lifetime but this might be realized by 2026 the centenary year of his death. In the meantime Gaudi’s beatification beckons.

Featured photo by the author 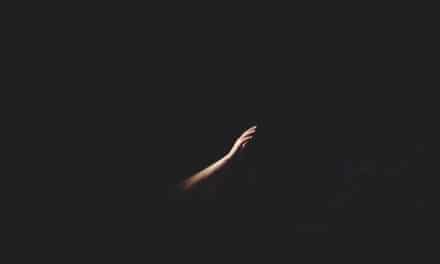 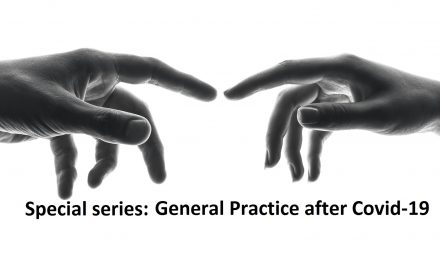 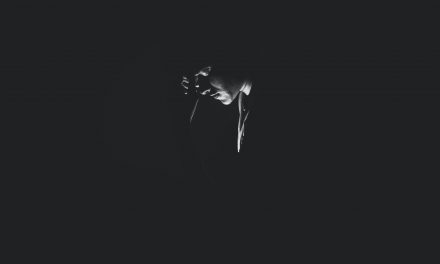 Time for a little Self-Love?