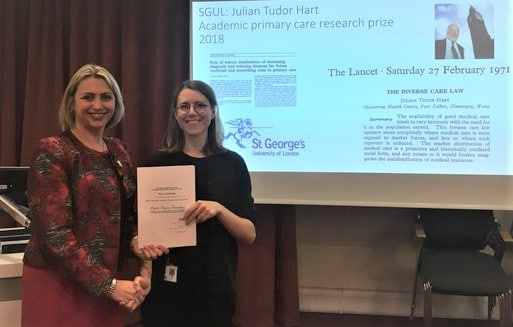 Melvyn Jones is Head of Primary Care Teaching at St George’s University of London and GP in Haringey & Herts.

Dr Judith Ibison is Deputy Course Director of the MB BS Course at St George’s and a GP in South London.

Prof Tess Harris is Professor of Primary Care Research at St George’s and a GP in Berkshire.

2021 is the 50th anniversary of the publication in the Lancet of Julian Tudor Hart’s seminal article; ‘The inverse care law’.1 The article explained how populations in most need of care received the least. There will be celebrations of his work that will highlight the exceptional contribution that Julian made as a dedicated GP in Wales, and as an epidemiologist, but perhaps less well known is his important role as a teacher and inspiration to medical students.

2021 is the 50th anniversary of the publication in the Lancet of Julian Tudor Hart’s seminal article; ‘The inverse care law’.

Julian graduated in medicine from Cambridge and St George’s University of London in 1952, entering general practice in London before undertaking epidemiological training with Richard Doll and Archie Cochrane. He then moved to Glyncorrwg, a south Wales mining town and set about applying epidemiological principles to addressing unmet need in his community.2 While Julian chose to keep his professional identity as a practising single handed GP he maintained academic links with several institutions, primarily the Universities of Glamorgan and Wales but also with Tooting, and was awarded an Honorary Doctorate by St George’s in 2011.

A Julian Tudor Hart Prize was established in 2018.

Following his death, and in celebration of that connection, a Julian Tudor Hart Prize was established in 2018, with his widow’s permission, for undergraduate students at St George’s and linked overseas medical schools to submit an audit, quality improvement project or piece of research, and to link it through an essay to Julian’s work.

Submissions have included audits of hypertension and dyslipidaemia management in primary care with clear links to Julian’s research.3 Other entries have explored the use of topical oestrogens in women to prevent UTI, with a broader link to unmet patient needs in primary care settings. This year’s winner (Deborah Olusanya) looked at differences by ethnic group in hypertension management in South London and clearly illustrated again the “Rule of halves”3 and unmet need in terms of adequate blood pressure control in patients of black or minority ethnic groups. A sad if not unsurprising finding in 2020 of all years. As Deborah says “fewer black African and Afro Caribbean patients were treated to target than white British patients, this is something that can be looked at to further to tackle socioeconomic inequalities in health”.

The 2020 runner up Claudia Bayne identified the invisible reward that can come from high quality care in that “Individual patients, well treated in the community, who rarely present because they have been effectively cared for with preventative measures are easy to forget, but by caring for a community in this way the benefits can at least be appreciated at a population level”.

The 2019 winner Ellie Hubbard, highlighted that “The work of Julian Tudor Hart exemplifies the power that comes when personalised GP care is combined with the objective tools of clinical audit, intervention, and incremental improvements in outcome”.

50 years on from the “Inverse care law” Julian’s ideas that are so fundamental to good general practice are still influencing the next generation of doctors.

By contrast, the first joint winners of the prize (2018) focused on the health needs of refugees and asylum seekers. Elspeth Carruthers investigated the experience of refugees and asylum seekers in South London, noting the high prevalence of complex needs including mental health inversely mirrored by reduced referral rates to secondary care, and reduced attendance where referrals were made, exemplifying the ‘Rule of Halves’. Carruthers suggested that the complex needs of asylum seekers could best met within a continuous trusted relationship with health care practitioners, as achieved in Glyncorrwg. Sharing the prize with her, Livyar Mustafa and Hussein Al-Rubaye focused on the crucial issue of the structure of health services, highlighting Hart’s inclusive approach to ensure gains in population health, contrasting with the 2018 governmental policy to reduce access for asylum seekers, a message resonating for all amidst the Covid-19 Pandemic.

These excerpts from students’ work not only show what impressive young people are coming through into medicine, but that 50 years on from the “Inverse care law” Julian’s ideas that are so fundamental to good general practice are still influencing the next generation of doctors.

3. Hart JT. The rule of halves and the rule of doubles: hypertension detection and thresholds for treatment. Treating Hypertension 1990;No.51:5-8. 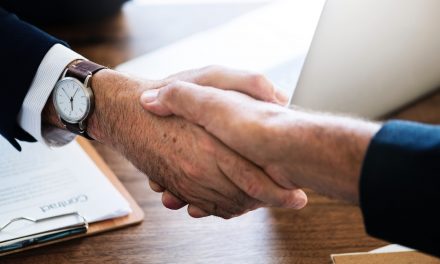 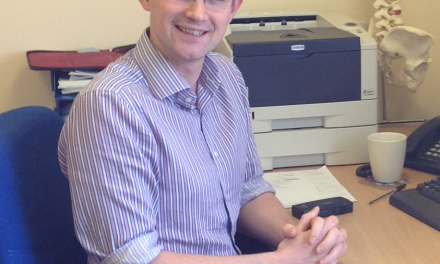