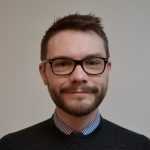 Daniel James is a GP and GP trainer based in Bury St. Edmunds, Suffolk. He is on Twitter: @danielsjames

This is an article about my unease around social media, and how I have noticed an increasing number of young patients reporting a negative effect on their mental health.

This is far from a unique observation. But, as a millennial, a digital native and a regular social media user, I have started to reflect more on my position as a doctor who engages in the same pursuits that I see causing harm to some of my patients. I am not campaigning for change, nor writing to lecture or hector. I have no ambition to ban social media, but I wonder if you’ve ever thought about it like this: If ethically grey multimillion dollar international corporations continue to provide and defend a product to young people in spite of emerging evidence of harms, and If they do this solely in the pursuit of profit and aggressively lobby world governments to allow their activities to continue unchecked then doesn’t this sound like the tobacco companies of the twentieth century? Are the social media giants the new Big Tobacco? Where do I sit ethically as a doctor who uses social media? Am I complicit because I set up the practice twitter and facebook pages? Am I the same as a doctor who smokes? Am I the same as a doctor who advertises cigarettes?

Facebook was started in 2004 as a virtual notice board for Harvard students. It spread to other US colleges and came to the UK in 2005. Initially only open to Russell Group students it then was opened to the wider university population then the general public by late 2006. I was there from the very beginning and it was an easy and fun way to connect with people, to share pictures of nights out and to organise events and share invitations within my group of real-world friends, and friends-of-friends. The ‘social’ in social media was the operative word. It allowed its users to join groups of like-minded individuals and feel a little bit closer to their broader social group. For me and many other students this meant that it was easy to keep in touch with old friends from home as well as new friends at university. You would share exciting news and get virtual pats on the back from people you cared about.

Quotes and comments and photos from friends started to provide you with a little dopamine hit.

But then something started to happen: the ‘likes’ and positive comments, the interesting quotes and comments and photos from friends started to provide you with a little dopamine hit every time you found something good. This reward response started to become the reason to visit. The comforting steady drip of rewards encouraged you to keep scrolling. It was easier than calling or messaging your friends, and you still felt connected even if you didn’t actually add much content of your own any more. The adverts that you knew funded this free resource were fairly unobtrusive and often seemed to be for the sort of products you were interested in anyway.

When facebook went mobile and a few years later everyone had a smart phone it was even easier to check in. Wake up, open the app, scroll through your notifications, check your wall, your news feed, make sure you felt up to date, box ticked, another little dopamine hit then close the app. The algorithm was much more sophisticated by now and the app would suggest blogs, articles and friends to you who seemed to agree with your world view. If you found anything or anyone too challenging then it wasn’t a messy confrontation to disagree with them, as in real life. It was only a quick swipe to remove them. ‘Unfriend’ was the Oxford American Dictionary word of the year in 2009.

As social media use became almost ubiquitous – among young people certainly – there were rumblings of discontent from people who knew what was good for us. The world was used to this of course and new technology and media has always spawned a certain amount of hand wringing. The printing press, the gospel in English, 1980s video nasties were all going to do untold damage to the moral fibre of the younger generation. But social media was different. The algorithm meant it changed for you, became what you wanted, what you thought you needed and what you thought would give you comfort. Headlines in the late noughties about young people with eating disorders spending hours scrolling through thinspiration pictures (which the AI pointed them towards) were an early sign that all was not well. It emerged that young people viewing content about deliberate self harm were more likely to engage in harm themselves.

Anxious people (and depressed people) become preoccupied with their stressors. If you read enough national newspaper articles about covid then soon all that will populate your news feed are more articles about covid: some from the reputable press, some from vaccine conspiracy theorists and the rest. If you are worried about covid then social media has become a great place to get more worried. Meanwhile every scroll and click continues to boost the advertising revenue of the corporations running the show.

….a tendency to increased screen time during covid.

I have had a lot of conversations with young people about this during the lockdowns. Access to NHS talking therapies has been somewhat reduced of late, so playing amateur counsellor has become a bigger part of the day job. One theme has been a tendency to increased screen time during covid. There hasn’t been much else to do. For the keen social media user this means more time in bed lying awake late on their smart phone scrolling through potentially triggering material. They are sleeping less, worrying more and all the while they are less connected with their peers and social support. This cycle contributes to real harm. There is evidence of poor sleep and reduced self-esteem among regular users. These effects shrink away when use is strictly limited.

My patients don’t especially enjoy their social media habit anymore but say they need it. They say that some of what they read is comforting and makes them feel more connected to other people going through the same things as them. But all the while they are messaging their friends less, talking to their family less, calling people who actually matter to them less. If they get some comfort from it then maybe this is fine. But if our patients tell us they need a joint or a few beers to calm down we don’t say that’s OK. Maybe it doesn’t harm everyone; and in fact while there is good data for correlation, causation of more major mental health problems has not yet been convincingly established.

If you are worried about covid then social media has become a great place to get more worried.

From the 1930s to the 1950s the tobacco companies became concerned that public concerns about possible smoking-related disease would harm sales. Lucky Strike sent free cartons of cigarettes to doctors and ran an advertising campaign featuring smiling doctors in lab coats. A national survey of US physicians led to one of the most famous campaigns: “More doctors smoke camels than any other cigarette”. At the time some doctors genuinely doubted any link between smoking and health problems, some realised the truth and, probably the largest group, sat somewhere in the middle. Something didn’t seem right with cigarettes but general opinion was not on their side. Similarly, there are plenty of think-pieces about the harms of social media (including this one) and there is an uneasy feeling that all is not quite right but the hard evidence is a little less robust. A large analysis from 2019 revealed a small, significant effect on mental health but ‘not enough to change policy’. Presumably this was true of tobacco executives: Some genuinely thought they were selling a harmless product, others presumably less so. I don’t think the social media companies set out to do anything evil. I just wonder what the natural evolution of all this will be.

General Practice after Covid-19 – what have our colleagues said?