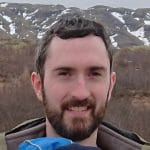 Pearce Cusack is a GPST3, at the Logan Practice, Wishaw.

“The frank disinterest of most doctors in the history of their profession is itself a significant event in the history of the profession”. So muses Iain Bamforth in this mesmerising and delightfully provocative book, which is a rich collection of anecdotes, observations, and fragments of history. As the title perhaps implies, it flits between topics, and can be dipped into at any page.

Around this time last year I was at a Realistic Medicine conference, hosted by Scotland’s then Chief Medical Officer, Catherine Calderwood. Ruminating on how much medicine is too much, I could hardly have imagined that a matter of months later a viral pandemic would have rendered the idea of ‘too much medicine’ forlornly irrelevant and caused the ignominious exit of Dr Calderwood from her role. Thinking about this grimly absurd turn of events now, I find something cathartic about spotting the ironies, and I get a similar sense from many of the reflections in this book, as it delves into the concepts and characters from the history of the healing arts. For example, the decision to call the 2009 influenza ‘swine flu’ had some unexpected consequences – such as the Egyptian government’s decision to cull the country’s 400,000 pigs. Pigs have historically often had a bad rap it turns out, with medieval Christian clerics deeming their habit of sniffing the soil to be evidence of devilishness. Cairo suffered in the months that followed the pig slaughter – a refuse collection service had traditionally been sustained by the free labour of collectors who sorted the rubbish and made money by selling the organic waste to the pig farmers. After 6 months the rubbish was piled high in the streets.

Evolutionary theory is not just relevant to antimicrobial resistance or the emergence of new viruses – it leads to a different way of explaining all disease.

Elsewhere, Bamforth details how it was Charles Darwin’s grandfather, Erasmus, who first speculated on the evolutionary origins of disease. He suggests that medical schools are still hesitant to provide an evolutionary approach to understanding problems of human health, only ever offering it as an optional extra, much like the History of Medicine. This is a shame, because evolutionary theory is not just relevant to antimicrobial resistance or the emergence of new viruses – it leads to a different way of explaining all disease. The example is given of diabetes, which can be conceptualised clinically as relating to insufficiency of pancreatic insulin production and receptor cell insensitivity. An evolutionary explanation could involve a mismatch between early biology and the nutritional environment in which modern humans find themselves. ‘Ultimate’ explanations such as this could seem disheartening or even dismissive of the individual – but they are ambitious and fundamental. Bamforth thinks it is curious how medical practice seems to ‘resist any kind of ad fontes – a return to the beginnings’. This holds as true for the story of our own profession as it does for biological evolution. Perhaps there is a similar degree of intrigue and even comfort to be drawn from understanding which part of a tale one is inhabiting.

The concept of ‘resilience’ is tackled in one essay – the central point being that it puts the responsibility on the individual, rather than the organisation, to adapt. Notwithstanding this important point, cultivating a ‘philosophical’ outlook can be a useful a way of processing everyday challenges. This is a book packed full of masterful examples from someone with a gift for spotting parallels, and a huge array of historical and cultural references to call upon. It might help you chuckle at the oddities of our profession and give you moments to reflect on its best aspects. As he says in a section discussing Wordsworth ‘Doctors, like poets, are singularly placed to observe the…capacity of people to endure – and by observing this capacity in others are themselves helped to endure.‘

Protecting pregnancies from the harmful effects of ACE inhibitors