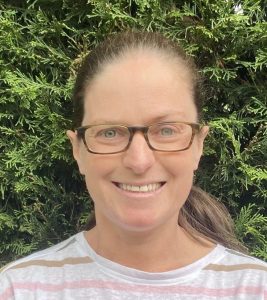 Hannah Milton is a GP, a mum, and a runner

Nadine Burke-Harris is an American Paediatrician who has also trained in public health. She works in a deprived area of San Francisco. Her book is written for a non-medical audience with lovely, engaging story-telling, but it quotes plenty of robust evidence for a medical audience.

She describes her gradual realisation that the illnesses she found in her patients were caused by something more complicated than ‘just’ deprivation.

The book, released in 2018, is named after a famous story about John Snow, a British doctor investigating a cholera outbreak in Soho, London in 1854. He worked out that all the cholera cases could be traced back to a hand pump with contaminated well water. Rather than just treating the sick, he sought to prevent more death and disease by finding the root cause of the cluster of cholera cases. Dr Burke-Harris makes the analogy with childhood adversity leading to other illnesses and until the adversity is tackled the medical needs will keep presenting. She would like interventions for parents and children to treat adversity as early as possible. 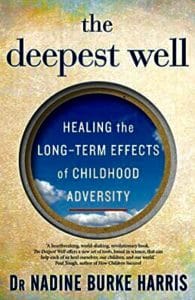 She describes her gradual realisation that the illnesses she found in her patients were caused by something more complicated than ‘just’ deprivation. She suspected that the failure to thrive and behavioural issues that she was being consulted about were due to the adversities faced by the community that she worked in. She stumbled across the 1998 Felitti and Anda paper in The American Journal of Preventive Medicine confirming what she had suspected. This large population study found an association between childhood abuse and household dysfunction (Adverse Childhood Experiences or ACEs) and risk factors for disease (such as alcoholism and smoking) as well as many leading causes of death such as ischaemic heart disease, cancer and chronic lung disease.

She goes on to explain the story behind the Guthrie test for phenylketonuria in an emotive way. Dr Robert Guthrie campaigned for universal screening after children within his family were diagnosed with phenylketonuria once brain damage had become irreversible. This has eventually lead to universal neonatal screening for multiple conditions in many countries around the world and allowing early treatment.

Unlike other books I have read about childhood adversity, she advocates for universal screening for ACEs on individual patients, much like asking about smoking or checking blood pressure. It is a compelling argument that understanding people’s past adversities can help identify the associated illnesses more quickly and that any treatments need to take this into account. She highlights how the nature of adversity can vary between communities, for instance in the community that she works in “parental deportation” or “street violence” is a common theme but they aren’t listed in the original ACE questionnaire. In her clinic, her team have a secondary questionnaire to take into account the issues specific to their community. I am still not certain what I think about the idea of universal screening for childhood adversity, but it really made me think about the possibility.

.She describes, in an easy to understand way, how toxic stress (caused by strong, frequent or prolonged adversity) can have a biological effect on the body via the neuroendocrine system. She draws on animal studies that have shown the effects of cortisol on growth and development as well as highlighting the stress reactions observed when treating patients in ICU and how this is anticipated with medications to treat these side effects. She also explains how neuroplasticity can give the potential to reverse the effects of adversity on the brain and body.

She finishes the book with emotive personal examples of how adversity has affected her own family -she thinks was a risk factor in her brother’s stroke at a young age. I found this book interesting and inspiring and I think all GPs should read it!

GPs must talk about climate breakdown

“Tell me about that colleague”: Long Covid, narrative medicine, and a remarkable conversation