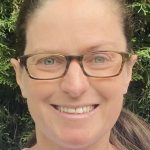 Hannah Milton is a GP, mum, and a runner.

This thoroughly-researched book brings to life the personalities of the first women doctors. It focuses on Dr Elizabeth Blackwell in America, and Dr Elizabeth Garrett-Anderson and Dr Sophia Jex-Blake in England and explores the difficulties they faced in forging their way in medicine. The determination and resilience to prejudice that they had to maintain throughout their training was awe-inspiring to read. I had naively thought that there was a first female doctor and that the rest of us women followed slowly but steadily afterwards. However, it took 28 years, from 1849 until 1977, for these three passionate women to qualify as doctors.

The book reads as a compelling story as well as an historical account. The chapters tend to focus on one woman at a time – at some points I got a little confused about the age difference between the women and the exact sequencing of events, but this did not detract from my enjoyment of the book.

At that point in history, social etiquette and lack of understanding of the female body meant that women and girls were disproportionately affected by ill health and poor medical care.

Elizabeth Blackwell’s admission to Geneva Medical School in New York (after multiple failed applications to other medical schools) was due to a misunderstanding. The professors at the medical school had put the suggestion of admitting a woman to a vote, so that it would be the fault of the students when she was rejected. However, the medical students thought it was a joke and voted to admit her! Blackwell had to ignore commotion and other’s people’s doubting throughout her 2 years of training, but when she graduated in 1849, the hall was packed with local women to see the first female MD in the country. At that point in history, social etiquette and lack of understanding of the female body meant that women and girls were disproportionately affected by ill health and poor medical care. There were the beginnings of an interest from women to be treated by other women who at least understood their bodies. However due to the ongoing sexism of the time, it was very hard for Dr Blackwell to establish her career and the door to conventional medical schools was closed to other women.

Elizabeth Garrett-Anderson read about ‘…the first lady doctor’ in the feminist publication, The English Woman’s Journal in 1858 and she was inspired. Her first battle was to convince her father to allow her to even enquire about becoming a doctor. Eventually, after many setbacks, she qualified as a ‘physician’ via a loophole in one of the licensing bodies in 1865. It wasn’t until 1870 that she gained an MD and the right to call herself ‘doctor’ and register with the GMC. In order to do this, she had to brush up her French to sit her exams in Sorbonne, France.

Elizabeth Garrett-Anderson met Sophia Jex-Blake in 1861. At this point in the book, it seemed unbelievable that the third woman to qualify as a doctor should have an even more hostile and convoluted route to GMC registration, but she did. There was exclusion from lectures, angry mobs and legal battles amongst other obstacles…

I have always felt grateful to the women that have forged the way before me, but to truly understand the difficulties they faced personally and professionally has been humbling for me.

Each of these three women were unique in their personal lives and views: Dr Blackwell never married but adopted her daughter, Kitty, from an orphanage when she realised that she needed companionship. Dr Jex-Blake was a lesbian and initially it was heartening to hear that she didn’t need to hide this, however this was largely because two women living together was seen as nonsexual, so not the liberated view I had first thought. Dr Garrett-Anderson managed to continue working as a doctor whilst having 3 children, her eldest daughter going on to qualify as a doctor too. The author doesn’t shy away from some of the controversies of opinion that these women had, but the opinions are explained with reference to the context of the time. All these women worked to help other women and children, particularly those living in deprivation by each setting up dispensaries (a free service for patients unable to afford healthcare) alongside their private practices. They all understood the links between health and social class, hygiene, exercise and education and they promoted health education, before it was common practice. Although they didn’t always agree or even get along with each other at times, they worked together to set up a medical school when progress for women entering the profession continued to be slow.

This lovely book sets out the trials and tribulations that these first women doctors had to endure as well as the personality quirks that characterised them. I felt I really got to know them as individuals as well as the time in history that they were living through. I have always felt grateful to the women that have forged the way before me, but to truly understand the difficulties they faced personally and professionally has been humbling for me.

Featured image: Footprints in the sand, by Andrew Papanikitas, 2022

Lovely review Hannah. As I posted on Mastodon. One of your quotes did jump out at me:

“At that point in history, social etiquette and lack of understanding of the female body meant that women and girls were disproportionately affected by ill health and poor medical care.”

Sadly, I think that’s very much still the case.

Mind the gate on the way out