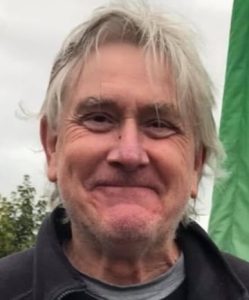 Steven Walker is a child protection consultant and expert witness. He is the author of Children Forsaken: Child Abuse from Ancient to Modern times (2021)

The national inquiry into the recent killing of Arthur Labinjo-Hughes is another in a long line of inquiries stretching back 75 years. It would be a mistake if it recommends wholesale changes in child protection policies and structures. What is missing from contemporary narratives around child abuse is a broad, historic understanding of the problem, how it persists, why it is woven into the fabric of society and what can be done to reduce the risks.

Ancient texts reveal widespread evidence of ritual sacrifice of children, routine child sexual abuse, and the killing of disabled and female babies. Throughout the Middle Ages children worked as soon as they were strong enough and the 18th century industrial revolution meant that children could be used as cheap labour in dangerous mills, mines and factories. In 19th century Victorian Britain was rife with young girls forced to sell sex to stave off poverty, and then blamed for spreading venereal disease among their wealthy ‘clients’. Attempts to seriously protect children didn’t happen until the beginning of the 20th century in Britain but there was resistance to the idea of interfering in family life and the rights of parents to do what they wanted with their offspring. This concept is resilient and still used today against those seeking to enhance children’s rights.

The death of Dennis O’Neill in 1945, who was killed at the age of 12 by his foster father, started to change the public’s perceptions about everyday child abuse. This prompted the first formal child death inquiry in England and produced the Curtis committee report1 recommending changes to child welfare services. In 1973 the death of 7-year-old Maria Colwell led to the establishment of Britain’s modern child protection system. Further changes evolved after inquiries into several other child deaths, including 4-year-old Jasmine Beckford in 1984.2 Yet in 21st Century Britain the Independent Inquiry into Child Sexual Abuse continues to expose the historic and contemporary scale of child abuse within families, state and religious establishments, online predatory paedophile activity, and sexual harassment of girls in schools.3

Child murders receive the highest media profile especially where public services are involved in attempting to protect a child at risk of harm. Peter Connelly was killed in 2007 but few recall that it was a Great Ormond Street paediatrician who saw him last when he was presented to A&E with a broken spine and ribs which she failed to spot. In his short 17 month life he was seen on 35 occasions by NHS staff none of whom flagged up risks to his safety. The subsequent Care Quality Commission Inquiry published in 2009 criticised local and National NHS Trusts and revealed that only 54% of eligible NHS staff had received basic child protection training, a “worryingly low” proportion. According to the inspectors, in 20 of the primary care trusts surveyed, as few as 10% of general practitioners (GPs) were up-to-date with what was said to be a “basic” level of training.4

In 2012 a research project concluded that general practitioners (GPs) were under-recording child abuse in patient electronic records resulting in gaps in records and hindering multi agency child protection work.5 Research has also highlighted the crucial role GPs can play in spotting and reporting domestic violence which is often associated with child abuse.6 While guidelines from the National Institute for Health and Care Excellence7 now recommend there should be training around domestic violence at every level, it remains minimal or absent in most medical schools. GPs are in the front line of child protection work and need support and better training to help them to negotiate the complex family dynamics, confidentiality dilemmas, and fears about making things worse which prevents them intervening more robustly in risky situations. Unless there is a much deeper commitment to children’s rights by GPs and other NHS staff and a reversal of cuts in family support services, the culture of child abuse will persist.8 Neglecting to see children as having human rights separate from the control of their parents will hamper efforts to prioritise children’s safety and the prevalence of child abuse and killings will continue.

Episode 061: Continuity of care for people with dementia is linked to significant clinical benefits

Book Review: ‘Empire of Pain: The Secret History of the Sackler Dynasty’ by Patrick Radden Keefe