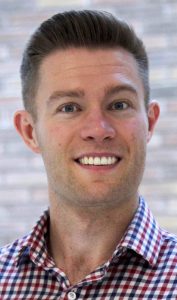 If you live in or have visited certain areas in England over the last two years, you are likely to have seen people whizzing around on brightly coloured electric scooters. While they might be a fun, practical, and relatively cheap mode of transport, just how safe are they for their users and passers-by?

E-scooters, the law, and trials

Powered transporters cover a variety of novel personal transport devices which are mechanically propelled by a motor as well as or instead of being manually propelled by the user.  Segways, hoverboards, go-peds, powered unicycles, u-wheels, and e-scooters are all classified as powered transporters (electrically-assisted pedal cycles, or EAPCs, which have their own regulatory framework, are not).  Due to their design and motorised power source, powered transporters, and consequently e-scooters, fall within the legal definition of a ‘motor vehicle’ as defined by the Road Traffic Act 1988, and are accordingly subjected to the laws and regulations that apply to all motor vehicles as set out in the Act.1

It is illegal to use privately owned e-scooters (i.e. e-scooters that have not been rented through a government trial) on public roads and in spaces designated for use by pedestrians, cyclists, and horse-riders, including on pavements and in cycle lanes.  Any individual that uses an e-scooter in these prohibited spaces is in breach of the law, is committing a criminal offence, and is vulnerable to prosecution.  The only space in which these devices can be legally used is on private land (with the expressed permission of the land owner).1

Following the creation of regulations under the Department for Transport, government trials of rental e-scooters for use by the general public began in late 2020, are currently live in 31 areas across England, and are due to end on 30 November 2022.2  Users must have the category Q entitlement on their driving licence to utilise trial e-scooters (a full or provisional UK licence for categories AM, A or B includes this entitlement), which are limited to a maximum speed of 15.5mph (and lower speeds in particular areas).  Insurance is required for e-scooter usage and is provided by the trial renal operator, while cycle helmets are recommended but are not a legal requirement.  Unlike privately owned e-scooters, trial e-scooters can be used on public roads (except motorways) and in cycle lanes but, like privately owned e-scooters, must not be used on pavements.  Additional safety regulations are also in place for the trials, pertaining to the use of mobile phones, riding while drunk of otherwise intoxicated, and towing using an e-scooter, amongst others.

Like cyclists, e-scooter users are highly vulnerable when traveling on public roads as they are not afforded the same protection as car users that is provided by the vehicle body.

Like cyclists, e-scooter users are highly vulnerable when traveling on public roads as they are not afforded the same protection as car users that is provided by the vehicle body.  Accordingly, they are particularly susceptible to injury during collision.  A monitoring and evaluation programme, which includes the collection and analysis of relevant safety data, is currently underway alongside the on-going government rental e-scooter trials.2  The provisional injury data that have been rendered publicly available to-date pertain only to incidents that took place in 2021, and lack the required scope and granularity to make reliable conclusions and meaningful recommendations.  Despite this, the available data allow some potentially important insights regarding the safety of e-scooters to be hypothesised.

Based on provisional data, 1,280 collisions involving e-scooters were reported to the police in 2021.4  These generated 1,359 causalities (1,034 of whom were e-scooter users), 390 serious injuries, 960 minor injuries, and a total of 9 deaths (all of whom were e-scooter riders).  The quality of these data is limited for a variety of reasons, including under-reporting (it is likely that many collisions went unreported to the relevant police force), changes in injury severity classification by some police forces, and inconsistencies in data reporting between forces.  A key limitation is that the distinction between rental trial and privately owned e-scooters involved in collisions is recorded rarely and inconsistently by police forces, which prevents an accurate assessment of the on-going trials’ safety.

A useful metric by which the safety of e-scooter trials could be assessed is the number of deaths caused per mile travelled by e-scooter within the trials.  This figure could be compared with that of other forms of existing transportation, such as the number of deaths caused per mile travelled by car, to gain an insight into the relative safety of this new method of transport.  Unfortunately, the required data – the number of deaths due to trial (rather than private) e-scooter use, and the total number of miles travelled using trial e-scooters – are not publicly available to accurately generate this metric.  However, the following snippets of information have already been published, and collectively could be used to generate a ballpark estimation of the relative safety of traveling by e-scooter.

Around 205,000 miles were travelled by e-scooter in Great Yarmouth’s trial between March 2021 and August 2022 (an 18-month period),5 which averages 137,000 miles travelled each year.  If a similar number of miles were travelled in each of the 31 trial areas, around 4.5 million miles would be travelled throughout in total across all trials each year.  This figure is likely to be a substantial underestimate, as Great Yarmouth has one of the smallest populations of all trial areas.

Taking these estimations and applying conservative adjustments (multiplying the total number of miles travelled by 5, and dividing the total number of e-scooter deaths by 5), produces a metric of 22.5 million miles travelled and 1 death per year.  This is very close to the most revealing data to have been publicly released on the matter so far – a statement by the former Secretary of State for Transport Grant Shapps, who in May 2022 said that “out of the over one and a half million active participants in the trials and the 24.8 million miles covered, there have been two deaths,” the first of which occurred in October 2020, and the second in December 2021.6  While no official statistics have been released by which to validate this, these figures make the following two suggestions: firstly, that only 1 of the 9 e-scooter deaths in 2021 were due to e-scooter trials (meaning the remaining 8 were due to privately owned e-scooters); secondly, that one death occurred for every 13 million miles travelled by trial e-scooter.  This final figure compares very unfavourably to the fatality rate for total vehicle miles travelled (including pedestrians and pedal cyclists) on British roads, which is around 1 death per 200 million miles travelled.7

These insights are severely limited by small volumes of incomplete data, are only concerned with fatalities, and fail to consider the benefits of e-scooter travel, meaning no firm conclusions or policy recommendations can be made in their wake.  More data, and their in-depth analysis, are needed to assess the safety of e-scooter use by the general public.  However, these initial figures suggest that, while trial e-scooter usage seems safer than private usage, even trial usage is considerably more dangerous with respect to fatalities (two orders of magnitude so) than more traditional forms of transport.  When they arrive, the final safety data must be interpreted in light of the benefits of e-scooter travel (such as its practicality, relative affordability, and non-polluting nature), the wider public perception of e-scooter usage,8 and normative questions regarding the level of risk that individuals and societies should be able to take.

Featured photo by JavyGo on Unsplash

Where to find a disease

Episode 089: Newspapers on the ‘warpath’: portrayal of GPs in the UK media