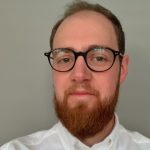 Joshua Parker is a GP doing a Wellcome Trust-funded PhD in bioethics at Lancaster University. His research examines the ethical questions raised by efforts to make health care more environmentally sustainable. He is on Twitter: @joshp_j

Every day around the world we see the impacts of living with 1.2℃ of global warming. It’s hard not to be concerned by the extreme weather events caused by anthropogenic climate change. Curbing emissions to avert further catastrophe is essential.

The NHS recognised its role in global warming and became the first healthcare system on the planet to declare ambitions to become net zero for carbon emissions. In 2019, the NHS was responsible for around 7% of England’s total carbon footprint; approximately 25 million tonnes of CO2 equivalent.1 Medicines make up 25% of the NHS’ carbon footprint and are the biggest element of the carbon footprint of primary care.2

Not all medicines are equal when it comes to global warming. Metered-dose inhalers (MDIs) have a disproportionate impact because they contain hydroflurocarbon propellants. These are powerful greenhouse gases. Take the propellant found in most inhalers, HFA134a. This is 1300 times more powerful than carbon dioxide.3 What this means is that if we put the same volume of carbon dioxide and HFA134a in the atmosphere and they stayed there for the same length of time, HFA134a traps 1300 times more heat than carbon dioxide.

It’s easy to see how emptying a Ventolin Evohaler is like driving a mid-sized family car 175 miles.3 HFA134a isn’t even the worst hydroflurocarbon propellant — HFA227ea, found in Symbicort and Flutiform MDIs, is 3320 times more powerful than carbon dioxide. Unsurprisingly, the NHS has set targets to reduce the environmental impact of inhalers. As most inhaler prescriptions occur in primary care, this task falls to general practice.

Broadly, there are two threads in reducing the carbon footprint of inhalers. First is salbutamol, or short-acting beta agonists (SABAs). It is thought that about two-thirds of a patient’s asthma treatment is dominated by using SABAs to relieve their day-to-day symptoms rather than using a preventer.4 Most of these are MDI devices. This matters clinically because over-reliance on SABAs is associated with poor asthma control, exacerbations, and death. Environmentally, this matters because about half of the carbon footprint of inhalers in the UK is from SABAs; roughly treble that of the rest of Europe.5 Reducing the reliance on SABAs is such a boon for respiratory care and global warming that pursuing this is a no-brainer. Patients and practices should be supported in this priority.

The second thread concerns non-propellant containing alternatives to MDIs: dry powder inhalers (DPIs) and soft mist inhalers. These are just as good at managing respiratory illness in most patients. A tendency towards prescribing non-propellant inhalers in those who can use them is a priority. This is another low hanging fruit in environmentally sustainable health care. Although this is a win–win situation, I wonder if there is the potential for ethical issues to be raised in practice.

Evidence suggests that while most patients are receptive to the NHS reducing its carbon footprint they are less enthusiastic when it comes to environmental concerns driving treatment decisions.6 It may be that some reject a non-propellant inhaler and would prefer their old ‘puffer’. The clinician’s response to this situation is well established: explore the patient’s perspective, correct misunderstandings, and try and persuade them to change. But, if the patient is steadfast, autonomy reigns supreme. One important exception to this is harm. If a patient’s choice causes harm then doctors are typically justified in over-ruling their decision.

“… emptying a Ventolin Evohaler is like driving a mid-sized family car 175 miles.”

This has led some philosophers to claim there is no individual responsibility to act against climate change.7 Against this, however, others have suggested that climate change causes expected harm. That is, that contributing to climate change increases the risk of harms and that this means individuals should mitigate climate change where there are easily available options.8 MDIs cause expected harm and so in the presence of a viable alternative patients should be prepared to avoid these.

This isn’t the end of the story. It’s a big deal to change inhalers for patients. Changing inhalers against a patient’s wishes might not always be morally acceptable, even if this does contribute to global warming. Trust is central to the patient–practitioner relationship and primary care practitioners need to be mindful of how changing treatments might undermine trust. Clinicians also need to consider how decisions against a patient’s wishes might affect their inhaler use. In turn, this can inadvertently make their health worse.

These important factors have two consequences. The first is that these speak to how treatments are changed and that this should be done with the skill, sensitivity, and expertise characteristic of primary care. Importantly, they might also restrict when practitioners attempt to limit expected harms through their prescribing practices.

Elsewhere, I summarise the discussion so far into a ‘principle of environmental prescribing’9 to try and guide clinical practice. In essence, the principle says: in the first instance, if two treatments are clinically equivalent then doctors and patients should opt for the one with the lowest carbon footprint, unless it might undermine trust or significantly worsen health. This neatly describes practitioners’ prescribing obligations when it comes to environmentally sustainable practice.

“The idea being that global warming causes harm, health care has a duty of primum non nocere, therefore health care should foot the bill of preventing harm. Frankly, an argument like this is bonkers.”

There is one last ethical issue in shifting away from MDIs. Historically, GPs have been encouraged to prefer MDIs because of cost. What if putting as many patients as possible on non-propellant inhalers costs more for the NHS? The question of justice here is: should the NHS pay higher costs for environmentally friendly inhalers? This is a highly involved question that I can’t fully do justice to here, but I will offer a few thoughts.

The problem is made more difficult by the fact that changing inhalers won’t necessarily benefit the patient in front of us because DPIs aren’t clinically superior to MDIs. Most of the benefits of mitigating climate change will be felt elsewhere both geographically and in terms of time. In this context, lots of people often rely on ‘first, do no harm’. The idea being that global warming causes harm, health care has a duty of primum non nocere, therefore health care should foot the bill of preventing harm. Frankly, an argument like this is bonkers.

To commit a healthcare system to paying the cost of preventing all and any harm no matter how unlikely or remote would be utterly stifling. We can refine this into a polluter pays principle: those who cause pollution should pay the costs of this in proportion to their emissions. While this has intuitive appeal it’s not easy to apply it to inhalers.

Consider this: a group of people make, research, and then mass produce inhalers that doctors then prescribe on behalf of their employer, the NHS, before they are dispensed by a pharmacy and finally used by a patient. Now if we want the polluter to pay, we need to know who the polluter is. When it comes to inhalers, it’s not so easy to point to the polluter: manufacturer, prescriber, NHS, patient, or somebody else? An alternative principle is that those with the ability to pay should. Whether the NHS has the ability is controversial, but as a healthcare system in a wealthy country it’s not immediately obvious that the NHS is entirely unable to pay. We might say that the NHS should pay as long as it doesn’t have to sacrifice too much else of value.

The carbon footprint of MDIs is important and there is loads that general practice can do. We can start by tackling over-reliance on SABAs. After that we need to think about other strategies to reduce the environmental burden of MDIs. This does raise ethical issues, but as I’ve discussed, neither are an insurmountable barrier to changing practice.

You need to keep going, but stray too far to the left and you’ll be over