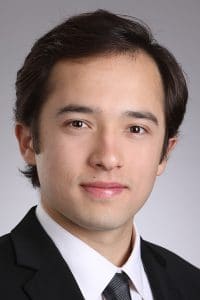 It was the start of my surgical clerkship, in my second year of medical school, in the middle of a one-week stint on an elective rotation. I was sitting in the operating room, watching a screen projection of a robotic procedure. A loud beep went off and one of the surgeons, a resident,* pulled out her pager and looked intently downward.

She, who had been watching the attending perform an especially difficult portion of the procedure, whispered something and stood up to leave. I followed.

She maintained a striking intensity down the hall, up the stairs, around a few turns. We paced into the surgical intensive care unit (SICU) where, two rooms down, there had gathered a crowd of clinicians. We moved straight to the front, where the resident pulled a colleague aside and began asking questions. The patient was having a cardiac arrest and the medical team was working to keep them alive while another member of the team retrieved their loved one. But when the loved one arrived, the situation was discussed in tears and, shortly after, the code was stopped.

As I was walking back to the operating room, a surgical resident found me in the hallway and asked if I was alright.

As I was walking back to the operating room, a surgical resident found me in the hallway and asked if I was alright. I responded that I was. But at the end of the day I left the hospital, went for a run, ate dinner, and could not fully shake the strangeness of how normal my life now continued to be, and how different the life of that loved one had forever become.

Where was that person? They were almost certainly distraught and the long, complicated grief had probably not even begun to swell. Memories might have been flowing—happy memories, beautiful memories—all made to feel, at least for the moment, almost cruel.

I might have been wrong, of course. These thoughts were purely hypothetical. I would probably never see this person again.

But that was the problem: how could I never see them again? How could I witness such a life-changing event and then, with time, have it become only a memory, perhaps eventually forgotten, while for that person it would remain etched in the fabric of their life and story? The dogged persistence of human stories, whether attended to or not, was the force that kept this event lodged in the back of my mind. How would that person endure? How would they heal?

These were, in some sense, familiar questions. When we would discuss our specialty interests, my friends sometimes told me that it would be terrifying to send a patient “out into the world” after each primary care visit. What would happen to them? they wondered.

I never quite agreed. I thought it would be just as unsettling to discharge a patient after a prolonged hospital stay, perhaps never to learn what happened in follow-up. But then I realized, after the SICU, that my classmates and I actually held very similar values. What made primary care slightly unsettling for some of them was the notion that, as a primary care provider, your patient, though out in the world, would remain part of your ongoing story, and you a part of theirs, no matter where you were or what time of day it was. There were fewer chapter breaks, fewer discharges or handoffs where the caregiving relationship could find its final closure.

Yet this seemed, to me, the unique privilege of primary care: the presence in an entire story of health and illness.

Yet this seemed, to me, the unique privilege of primary care: the presence in an entire story of health and illness. Sitting in my apartment, eating dinner, I almost feared the possibility of entering and exiting stories without having seen the narratives play out. Because those stories would go on, and they would keep going on, and they would need somebody to help them go on.

That loved one in the SICU, for instance. They were somebody’s patient, and somebody would have to care for them in all that followed from their tragic loss, not as an acute provider of a specific treatment but as a generalist and fellow-feeler. Somebody would have to watch, and help, the story fold itself back together, again and again.

Featured image by Mulyadi on Unsplash

Access to health care for migrants: why restrictive policies are failing

John Brooks discusses the experiences, the writings, the politics and the health of George Orwell

A visit to the dentist…

For Arthur Kaufman, a visit to the dentist inspired a literary journey in creative writing. Could

“Choosing Wisely…” A parable of the NHS

This is now the second time Max Phobius has saved the world in time for Christmas.