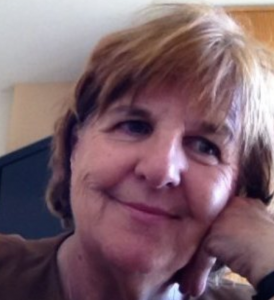 The UEMO (Union Européenne des Médecins Omnipraticiens) represents GPs in 26 European member states. It develops policy and projects to support family medicine and to share best practice. It also provides an opportunity to look at other health systems and to learn from them, studying alternative ways of working and investigating ideas that may help with UK general practice.

In Europe, family doctors may act as gate-keepers, as they do in the UK, or as signposts where they just act as a conduit to secondary care. The second course means that they do not deal with chronic disease management so do not have the pressures that the increasing shift to general practice of disease management that used to be dealt with in hospital clinics. In many EU states, children are seen by paediatricians not by GPs and gynaecological problems are referred for examination and investigation to gynaecologists.

Most have list sizes of 1600 or lower and that itself makes for a less stressful environment. The working day generally approaches the normal for the working population of the country being 8 hours a day or fewer – in the Danish system GP surgeries close at 4pm on Monday to Thursday and at 2pm on Friday. The health of the Danish population does not seem to be adversely affected by this restriction of GP hours of access. However despite this 76% of EU nations feel that general practice workload is unreasonable and unsustainable.

If the nations that think the workload in general practice is reasonable are examined, they tend to have some factors in common. They have a normal working day – that is, eight hours or fewer and mostly have a list size of 1600 or fewer per GP. They are more likely to have longer consultations and, of course, have easier access into secondary care beds. However, the factor that seems to be the most important is the number of patient consultations per doctor per day.

Most do little home visiting – though this may be due to the greater availability of beds in European countries. The UK has the lowest bed numbers per 100,000 population in Europe with France having double the beds and Germany three times as many. This means that admission of sick patients is more or less the norm, rather than, as in the UK, making huge efforts to keep patients out of hospital.

A fantastic article. Outlines all areas where British general practice needs to be changed to make it sustainable.

Thoughtful and interesting! Thank you for posting. Makes me realise just how many quarts we are already squeezing into a pint pot. Also validates my stress levels! We have become the cheap dumping ground for the NHS used by a population who increasingly don’t value a “free” service. General Practice in the UK is being strangled: Unless it is radically improved and better resourced it will die.

It all comes back to underfunding. The BMA needs I believe to run a publicity campaign to tell people they need to pay more or lose their service. We spend billions on gambling as well as in charity donations annually. Some of this money needs to come to the NHS urgently and we could achieve the care and job satisfaction of our European colleagues. Come on BMA!

German here. It would be interesting to see how workload varies between signposter GPs and gatekeeper GPs. It could be that workload is shifted onto specialists (as in Germany, where children see pediatricians). Having moved from a signposter to a gatekeeper culture (the NHS), I must say that given a manageable workload, I find the UK system far more holistic and efficient.

In addition, it’s important to look at the support system that doctors have. German doctors’ assistants are often far less well trained and qualified than the practice nurses and midwives that work in a typical UK group practice.

It seems to me that the UK doesn’t realize what it has in its GP system.

What happens after 4pm in Denmark? Do people use the common sense that is so lacking in UK patients?