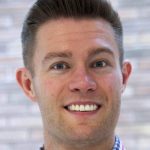 The results of a recent British Medical Association (BMA) survey,1 which asked junior doctors about their sentiments towards leaving the NHS, should send a reverberating shudder to the heart of the NHS, including through general practice upon which the health system stands.

Of 2698 responders who strongly agreed that they were thinking of or planning to leave the NHS, the most commonly cited reasons were the level of current pay, deteriorating working conditions, pay erosion since 2008/9, below inflation pay award in 2022/23, and increased workload (each of these reasons were cited by over 75% of such responders).1

“… figures … are paradoxically both astonishing and yet in keeping with recent trends.”

Of 3579 responses, 76%, 72%, and 69% were aware of a junior doctor friend or colleague who had left the NHS in the last 12 months to work as a doctor in a different country, to work in a different role or profession, and to take a career break, respectively.1

Of 1358 responders who were actively planning to change career to work in a new role or profession, 14% were targeting management consulting, 13% private medical practice, 12% the pharmaceutical industry, and 6% IT/technology professions. Finally, for the 33% of 3819 responders who were planning to work in another country in the next 12 months, Australia (42%) and New Zealand (20%) were the most popular destinations.1

Despite these figures undoubtedly suffering from a significant dose of selection bias — the most disaffected junior doctors are more likely to respond to a survey relating to their grievances — they are paradoxically both astonishing and yet in keeping with recent trends. For example, while 71.3% of FY2 doctors in the UK chose to proceed directly into specialty training in 2011, this proportion had fallen to 50.4% in 2016, 42.6% in 2017, 37.7% in 2018,3 and 34.9% by 2019.4

“… rising discontent harboured by today’s junior doctors has crescendoed to the point at which walk outs are once again likely.”

Concerningly, this personal choice to delay progression into specialty training, or to transition into a more suitable career entirely, is less likely to be made by junior doctors from lower socioeconomic groups,5 presumably because they have fewer means of financial support beyond that provided by a dedicated training position.

The rising discontent harboured by today’s junior doctors has crescendoed to the point at which walk outs are once again likely. The BMA’s ballot for industrial action by junior doctors in England will open on 9 January 2023,6 and will likely soon be followed by strike ballots for those in Scotland and Wales.7,8 In his New Year message for members, BMA chair Phil Banfield attested to ‘the chaos that we contend with every day at work’, and pledged not to ‘acquiesce to those looking to slash pay and drive down living standards’ in his justification for strike action.9

In contrast to the 2016 junior doctor walk outs over the imposition of contractual changes, in which harms to the NHS and patient safety concerns were the leading justifications put forward for labour withdrawal, the 2023 strike ballot is explicitly concerned with the recent cut in real-terms pay. Hidden among a plethora of ongoing public sector walk outs, which include ambulance crew and, for the first time ever, nursing staff, the BMA is advocating for a 26% pay rise for junior doctors in England. This considerable demand reflects the growing disgruntlement revealed in the results of its recent survey, and suggests a mass exodus from the health service is dangerously likely.

“The entire health service should hold with bated breath the result of the BMA’s strike ballot in the second week of January.”

While this rising dissatisfaction among junior doctors appears to predict difficult times ahead for the wider NHS, to what extent, if any, has this manifested in recent recruitment to general practice training? Health Education England data suggest that, despite the growing dissatisfaction, GP training has in fact become more popular over recent years: the fill rate — the proportion of available ST1 training places that were ultimately taken up by junior doctors — for general practice training in England increased year on year from 87.1% in 2014 to 95.2% in 2017, and exceeded 100% in each year from 2018 to 2021 (2022 data are not yet available), while the number of available training places substantially increased over the same period of time.10 This rising popularity has translated into the total number of GP trainees in November 2022 (9248) being 84% greater than the corresponding figure in September 2015 (5027).11

Recruitment to general practice training has, therefore, so far not suffered from the growing disillusionment besetting many junior doctors, at least at the point of training programme entry. This may be due to the relatively short duration of general practice specialty training (which currently spans 3 years of full-time training) compared to that of hospital specialty training programmes (which each last 5–8 years),12 meaning GP trainees escape the ‘junior’ classification, and presumably the conditions to which its members are despondently subjected, the soonest.

“… mass exodus from the health service is dangerously likely.”

Accordingly, the current general practice workforce situation resembles a kitchen sink from which water is escaping down the plug hole faster than it is pouring in from the tap. This is, of course, an inherently unsustainable and intrinsically dangerous situation. Meanwhile, the growing despondency among junior doctors, while not impacting general practice training recruitment so far, is threatening to reach a critical threshold that may serve to turn off the water tap completely. The result for general practice would be all but decapitating.

The entire health service should hold with bated breath the result of the BMA’s strike ballot in the second week of January. Even if a mandate for walk outs is missed, junior doctors may still vote with their feet by leaving the NHS entirely. And if they do so in sizeable numbers, the fate of general practice would likely be grave.

Episode 101: Diagnosing heart failure in primary care – what cut offs should GPs be using for referral based on natriuretic peptide levels?