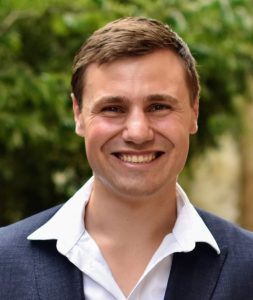 Koot Kotze is a medical doctor and researcher. He doesn’t tweet, but is always open discussing or engaging in conversation on medicine, ethics, education and more.

It is an unoriginal (but nonetheless accurate) observation that officially designated leaders frequently fail to lead well, or indeed lead at all. – Suzanne Shale1

It has been more than a decade since Suzanne Shale’s Moral Leadership in Medicine first saw publication, yet its relevance is undiminished. As evidenced by the opening quotation, the work aims to unpack an enduring mystery encountered within medicine by exploring how moral challenges are (or are not) confronted by healthcare managers.

The book provides a deeper understanding of the normative (that is, action-guiding) aspects of the decisions faced by those tasked with managing healthcare, and the empiric work is based on qualitative interviews conducted with 24 medical directors in the United Kingdom’s National Health Service. Shale’s subsequent analysis, from which she builds the book’s central argument and ethical framework, draws on a wide array of ethical influences, including philosophers such as Mary Urban Walker and Alasdair MacIntyre.

Through analysing and theorising the interviews in light of the modern healthcare system, Shale has developed the concept of moral leadership, which she defines as: being astute to the moral connotations of all that is involved in providing care, determining where action is needed, identifying situations where action is needed to improve or maintain the moral quality of care, and orchestrating the activity of other people to provide a morally appropriate response when one is required.1

This definition finds common ground with some conceptualisations of virtue ethics,2 particularly the notion of recognising what the right thing is to do, and then doing it. The focus on the “moral quality of care” as an outcome also overlaps with the ethicist Alasdair MacIntyre’s definition of “internal goods”, such as health and the alleviation of suffering, which are realised when practitioners exercise virtue. However, Moral Leadership in Medicine contains a more developed application of these ideas to healthcare and this deserves wider dissemination.

Propriety, a term which is not widely used, can also be understood by considering its more familiar opposite – impropriety.

Through analysing the moral narratives of medical directors, Shale distinguishes between “general practices of responsibility” and the “specific practices of propriety” through which these managers determined how to act in morally fraught situations. Propriety, a term which is not widely used, can also be understood by considering its more familiar opposite – impropriety. I have summarised the five specific proprieties identified by Shale, in the table below.

It is to be predicted that “moral tension” would arise when these proprieties suggest conflicting courses of action. Yet this is precisely the point at which moral leaders should recognise the need for action, decide to act, and rally others to join in the required behaviours to safeguard quality of care.

Shale emphasises that while virtues are “manifestations of deep character”, the proprieties represent “customary behaviours” enacted in specific scenarios.

These proprieties resemble the virtues in medical practice (such as phronesis and trustworthiness), as suggested by Pellegrino and Thomasma.3 However, Shale emphasises that while virtues are “manifestations of deep character”, the proprieties represent “customary behaviours” enacted in specific scenarios. Indeed, she emphasises that these responses might be executed well whilst conflicting with the moral leader’s character.1

Some may regard their stocks of ethical guidance replete with the four principles or specific GMC directives, however this would miss the opportunity to understand, as Shale puts it, “the behaviours through which we express our commitment to duties, responsibilities [and] obligations”. Moral Leadership in Medicine provides a vital account of how the needs of patients and the aspirations of professionals are translated into actions beyond the bedside and should form part of any debate on the future of healthcare.

DOI: This book review was developed from an excerpt of the author’s doctoral thesis, which is currently unpublished.