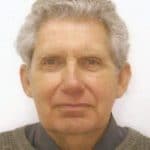 John Launer is a GP educator and writer, and currently lead training programme director for educational innovation at Health Education England. He is on Twitter: @johnlauner

Inside every doctor there is a book struggling to get out. By mid-career, the urge to write and publish can become irresistible. It happened to me when I was fifty. But what should it be? A textbook for colleagues and trainees? A collection of essays sharing reflections from everyday work? An autobiography – disguised or otherwise?

Dr Paul McCoubrie is a consultant radiologist in Bristol, and he has taken the most original approach of all by writing a book that manages to combine all these forms of writing. He has even found a leading international publisher bold enough to issue it. His ‘The Rules of Radiology’, takes the form of fifty short chapters. Each is headed by an axiom, aphorism, rubric or heuristic (the posh name for a rule of thumb).

‘Wisdom literature’ ….. scarcely exists nowadays and is usually hard to get into print.

The first three chapters are headed ‘Obey the rules’, ‘Smile’ and ‘Keep your cool’. The book concludes with ‘Don’t touch the screen’ and ‘Error is inherent to radiology’. As you will deduce from these titles, his book belongs to a venerable genre that is known among biblical scholars as ‘wisdom literature’. It scarcely exists nowadays and is usually hard to get into print. The world is poorer as a result. Dr McCoubrie has bucked the trend by daring to cross the boundaries between information, opinion, guidance (but definitely not guidelines) and illustrative anecdotes. He does so very well.

In a chapter entitled ‘Agitation Is Not An Indication’, for example, he opens with the remark ‘Lack of planning on their part does not constitute an emergency on yours’. He follows this with recollections of a consultant physician who was meticulous and demanding but managed to discharge his patients more quickly (and happier) than any of his peers did. He goes on to discuss how colleagues with a more chaotic approach to healthcare can exploit the altruism of those around them, and why everyone should resist this.

The book will inevitably appeal mainly to radiologists and their trainees, or to people who have a spouse, partner or child who is aspires to become one. All the same, there is at least one good reason GPs might be interested in it – apart from its arresting style of writing and sense of humour.

McCoubrie offers an unashamed challenge to the idea that professional knowledge must fall into solemn, pre-determined categories. As such, the book comes close to the kind of conversation that often passes between GPs, and even more so between GP trainers and their registrars.

McCoubrie offers an unashamed challenge to the idea that professional knowledge must fall into solemn, pre-determined categories.

As such, it might even inspire you to imagine what an equivalent book about ‘The Rules of General Practice’ could look like. What would you choose for the chapter headings? I guess these should include: ‘Never Try to Rush Your Last Patient on a Friday Afternoon’ and ‘Always Investigate The 75-year-old Who Hasn’t Attended The Surgery For Ten Years’.

It might contain tales of the GP who got more Christmas cards than anyone else (and why), and the GP who loathed paperwork and was almost struck off for avoiding appraisals. Your imagination could be freed up to write a truly readable and useful book like this one. Why not consider doing so?

An Alternative Tour of Paris