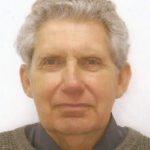 John Launer is a GP and family therapist, and is lead training programme director for educational innovation at Health Education England. He is on Twitter @johnlauner

General practice is full of unsung heroes. They go through their careers with little fanfare but inspire huge admiration in colleagues, and gratitude from generations of patients and their families. Many of these heroes are not GPs themselves but nurses, receptionists or others who are just unremittingly available, effective and kind. If we each had to nominate one such person, I would almost certainly choose Dilys Daws, a child psychotherapist who has just retired after regularly attending baby clinics at a GP practice in Kentish Town, London for over forty years.

Dilys Daws has described her work over these decades as ‘standing by the weighing scales.’ The daughter of a GP in Huddersfield herself, she always understood the essential nature of general practice work. She realised intuitively that there was no better setting than a GP surgery for meeting the parents of babies and small children with emotional needs, in a way that was informal but also allowed for some serious conversations. An early champion of infant mental health, she was a leading therapist and trainer at the Tavistock Clinic, became founder and president of the Association of Infant Mental Health, and an important influencer in government policy. At the same time, she has never lost sight of general practice as the most important base for helping parents, and especially primary care professionals like GPs and health visitors.

General practice ….. the most important base for helping parents.

In 1989 Dilys wrote a classic book for professionals and parents called Through the Night. In it, she described her approach to sleep problems in infancy and childhood, one of the commonest difficulties that she heard about in her work. More recently, she and her colleague Alexandra de Rementeria have written another book on the topic specifically for new parents, with the title Finding your Way with Your Baby. It won the British Medical Association Prize for the best popular medicine book. Now, with the help of Sarah Sutton, she has brought out an updated version of her first book: Parent-Infant Psychotherapy for Sleep Problems: Through the Night.

In some ways, it is a shame that her publishers, Routledge, have chosen such a solemn title, as the book will also be immensely helpful to many parents who are not health professionals, and could certainly be recommended to them. On the positive side, the new edition includes a great deal about research into sleep and its disturbances, while its case histories and explanations of her psychotherapeutic approach are supplemented with contemporary neuroscience. Its main strength is the simplicity and clarity with which Dilys Daws conveys what you might call her therapeutic philosophy. It is one of listening rather than telling, asking questions in preference to offering advice, hearing the negatives as well as the positives, and exploring connections between the stories and experiences of different family members.

It is a philosophy that will appeal to large numbers of GPs, who may breathe a sigh of relief and recognition.

It is a philosophy that will appeal to large numbers of GPs, who may breathe a sigh of relief and recognition on discovering that this approach is still alive and well in the world of mental health care. You can hear an interview with her about her work in this podcast as part of the ‘Mind-in-Mind’ series.

I have never worked with Dilys Daws clinically, and I practised at a GP surgery elsewhere, but we collaborated for some years at the Tavistock in promoting the work of therapists in primary care. My most memorable encounter with her was at midnight on December 31st, 1999, on Parliament Hil in London. Recklessly, my wife and I had decided to wheel our three-month old twins up there in a double buggy to watch the fireworks and see in the millennium. By the time we reached the top it was wet, muddy and horribly crowded and we were all exhausted and frazzled. By a miracle of synchronicity, we encountered Dilys and her husband Eric, who invited us to come down the hill with them to their house near the Royal Free Hospital.

An hour later, warmed up by tea, cake and sympathy, we were able to return home calmly with our sleeping twins. We had received our primary care.

Episode 050: The challenges of trials to promote physical activity in people with multimorbid