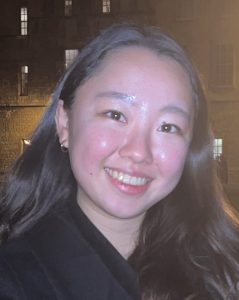 Ayu Takayanagi is a student at DePauw University, USA. The essay was written whilst on an OPUS placement at the University of Oxford, UK

The National Health Service (NHS) was introduced in 1948 in Britain to provide equal healthcare access to everyone in the UK. It has offered “a comprehensive national service, available to all, free at the time of use, non-contributory, and financed from taxation.” However, Julian Tudor Hart, who was a general practitioner working in Wales observed that the healthcare availability and the population that needs it have an inverse correlation relationship.1 As factors that contribute to the inverse care law,  Tudor Hart suggests that market forces working on primary-care services led to inequality of healthcare between wealthy and poor.1

Tudor Hart asserts, “the function of the state is, in general, to do those things which the individual cannot do and to assist him to do things better.”

Tudor Hart argues that the inverse care law is expressed in the lack of availability of health care services. McLaughlin and Wyszewianski define availability as, ‘The extent to which the provider has the requisite resources, such as personnel and technology, to meet the needs of the client.”2 According to Tudor Hart, doctors did not prefer to working in poorer or working-class areas unless they had social and familial ties.1 People living in such areas, such as miners, tended to work in dangerous and dirty environments and have major diseases. Doctors in such areas were supposed to care for those patients with less money even those in more affluent areas could earn more money by looking after patients who were less sick and fewer in number. Tudor Hart further observed that the working environment of doctors in deprived areas was poor, but doctors in middle-class areas had better equipment and resources.1

Availability of healthcare is meaningless unless people can access it. McLaughlin and Wyszewianski define accessibility as, ‘how easily the client can physically reach the provider’s location.’2 Tudor Hart found expanding list sizes for general practitioners in industrial areas. Large list sizes could mean that patients did not get the quality of care or would have to wait a longer time before being tended to.1 In recent times, however, other factors could limit access to healthcare such as language barriers, the inability to take time off work, or stigma associated with illness.

Tudor Hart asserts, “the function of the state is, in general, to do those things which the individual cannot do and to assist him to do things better.”1 As the NHS is a state intervention in communion with a market economy I reference two political philosophers from a quintessential market economy (the USA): John Rawls and Robert Nozick. Rawls would argue that the state should provide need-based support for the population because we have a rational interest in a government that protects us from misfortune, and therefore gives aid to those worst off. In contrast, Nozick would claim that the state should not provide further support because the government should provide limited protections to protect people’s natural rights, essentially limited to property and security rights. Taking money away from people to help those in need is therefore an unacceptable affront to liberty.

Rawls and the veil of ignorance

As the NHS is a state intervention in communion with a market economy I reference two political philosophers from a quintessential market economy (the USA): John Rawls and Robert Nozick.

In ‘The theory of justice’, Rawls has a thought experiment about the just role of the state and invokes how society’s resources can be distributed fairly. He thinks (p.16) “no one should be advantaged or disadvantaged by natural fortune or social circumstances in the choice of principles.”3 To think about fairness, he gives an idea of a veil of ignorance (p.12) in which people have no idea of ​​their own position.3 In the state called “original position,” he believes that people can think about equal distribution. In other words, injustice happens when there are inequalities that are not to the benefit of everyone.

Based on this concept, he suggests two principles for social justice. The first principle is “Justice of fairness,” which says (p.220), “each person is to have an equal right to the most extensive total system of equal basic liberties compatible with a similar system of liberty for all.”3 This shows everyone has basic liberties, and they should not be taken away. The second principle is social and economic inequalities are to be arranged when people consider both the Difference Principle and fair equality of opportunity. The Difference Principle  (p.266) means inequalities should be arranged to “the greatest benefit of the least advantaged, consistent with the just savings principle.” Fair equality of opportunity means that inequalities should be arranged so that they are “attached to offices and positions open to all under conditions of fair equality of opportunity.”3c

Hart says that people should equally have the environment in which primary-care doctors interact with individuals within a community because need-based treatments are likely to satisfy patients.4 Rawls would argue that the outcome after distribution of resources should be just, and that inequality in society should be accepted when the least advantaged group of people get the greatest benefit.5 Health and other outcomes differ because of the differences in individual ability and status even if people get an equal amount of resources (Rawls p.74).3

A market solution such as insurance would not work without state intervention in maintaining help to the neediest. Health insurance companies, for example, assess whether clients have pre-existing illness or have rare diseases. If yes, the insurance fees will increase and people less able to afford them.

Robert Nozick and the minimalist state

Rawls argues that people should not get an advantage or disadvantage due to natural fortune (Rawls p.16).3 However, Nozick advocates entitlement theory that argues “everyone has some entitlement or claim on the totality of natural assets.” He defines this distribution of natural abilities as a collective asset. He argues (Nozick p.139) that the government should treat people “as persons having individual rights.”6 He defines this kind of government as a “minimalist state,” and it “treats us as inviolate individuals, who may not be used in certain ways by others as means or tools or instruments or resources.”6 So, the government should provide limited protection and focus on respecting people’s rights.

Regarding the inverse care law, Nozick would say the government does not need to provide further support in healthcare. He argues (Nozick p.235) that “the right to health care should be strictly limited to lifesaving, basic necessities.”6 When Nozick mentions health (p.235), he refutes Bernard Williams’s argument that social resources should be redistributed to those in poor health who cannot afford necessary medical care.6 He insists that Williams “ignores the question of where the things or actions to be allocated and distributed come from.”6 In other words, someone other than the poor people in need must pay for the care, and this is what Nozick finds unacceptable.

The UK government provides equal healthcare access which is all financed by taxation. Pardi insists that Nozick would argue that “universal access to health care only can come about as a result of the government redistributing wealth through means such as progressive taxation and penalties.”7 In Nozick’s viewpoint, mandatory taxation that is imposed by the state to provide services or benefits to others is unjust. The government infringes individual liberty by absorbing wealth from citizens in the form of taxes, before redistributing it in the form of healthcare. In a free market, by contrast, people can use their money at their own discretion. This position would support the availability of private insurance because people can decide whether and how they spend their money for themselves in order to access the best medical care.

Rawls and Nozick would have markedly different perspectives on the inverse care law.

Therefore, although the inverse care law describes the inverse correlation between healthcare availability and the populations that require it, Nozick would assert that the disadvantaged group of people needs to accept their natural positions as long as they can access the minimum resources to live.

In conclusion, Rawls and Nozick would have markedly different perspectives on the inverse care law. Rawls would argue the state should provide need-based medical support for the population because rational self- interest dictates that we must look after those who are most in need (one day that could be us). By contrast hand, Nozick would claim that the state should promote people to accept their natural status rather than providing the further support because he concludes that the government should be a minimalist state that provides minimum protections to protect people’s natural rights. Seeing these arguments in relation to inverse care law is a first step to assessing whether they are credible in civilized society.

Online resource: A YouTube video of two British GPs ‘roleplaying’ Rawls and Nozick in a head to head debate can be found here https://www.youtube.com/watch?v=Xup0qVqln2g

I took the photo of author. Kana

Why barbers have ‘an edge’ on GPs

Put a cap on it – safe workload levels in general practice

What are safe workload limits in general practice, and how can these limits be implemented in