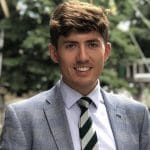 Iwas on my medical elective in the summer of 2019 when I faced my greatest challenge as a medical student, and possibly to date. Whilst on a weekend away to celebrate my birthday with a fellow medical student, we went to Kelingking Beach – a very remote area on an Indonesian island called Nusa Penida. The beach was situated at the bottom of a steep cliff. As we began to embark on the 30-minute climb down the cliff, we encountered a highly distressed man running back up the path. He was shouting that his friend was dying. As we hurried down we repeatedly heard shouts that someone had drowned.

When we eventually arrived on the beach, we found a young man receiving CPR from several by-standers. We introduced ourselves and offered to help. We were told that the man couldn’t swim; he had been splashing around in the shallow water when a wave knocked him over and swept him out. He remained out at sea for around a minute before being dragged onto the shore. By the time we arrived, CPR had been in progress for an hour. It was apparent to us that the man was already dead by this point but, as students, we were not in a position to confirm this.

It was apparent to us that the man was already dead….

A man at the scene was on the phone and told us that help was on the way. However, according to several by-standers, help had apparently been on its way for the past hour. We continued CPR for at least another hour and still no help had arrived. The nearest vehicle access point was a 30-minute climb away, the beach was too short for a helicopter landing, and the sea was too rough for access by boat. The circumstances seemed hopeless.

The man’s three friends stood around helplessly as they watched the situation unfold. It was then that I decided that something needed to be done. I called a junior doctor at Addenbrooke’s Hospital back in Cambridge, where I was doing my studies. Fortunately, he answered and advised me on how to proceed. He told me that I needed to explain to the man’s friends that nothing more could be done and that we needed to stop the CPR. After a long conversation, they all eventually accepted that this was the right thing to do. Finally, three hours after the whole incident started, a mountain rescue team arrived to retrieve the body.

I needed to explain to the man’s friends that nothing more could be done and that we needed to stop the CPR.

This situation challenged nearly every aspect of my learning so far. Firstly, when assessing any patient, we are always taught to first look for things that may be a danger to us: the ‘D’ of DCABC. I imagine that few doctors have tried to resuscitate someone whilst in genuine danger. For most, assessing the danger had simply involved walking up to a mannequin’s bedside on an ILS course and stating, “I have looked around the patient and cannot see anything dangerous”. However, on Kelingking beach, it was extremely hot at 35 degrees. The sea was ferocious and seemed to be edging closer to us. I had no idea whether it was tidal, and in the back of my mind I was acutely wary of the potential for danger if the sea were to come rushing in. I tried to ask one of the locals if the sea was tidal, but he did not understand my question. Fortunately, the waves did not advance any closer. The danger of a situation is not just about the first impression though, it is dynamic and requires constant assessment. Once the CPR had been stopped and we had to climb back to the top of the cliff, we realised that some of the people on the scene had been helping with CPR for three hours. They were tired, overheated, dehydrated and very shaken up. They then had to contend with a steep climb back up the cliff in the late afternoon heat. We proceeded cautiously to prevent further casualties.

They were tired, overheated, dehydrated and very shaken up.

Secondly, as students we are constantly drilled with the principles of stopping CPR – either the situation is too dangerous, everyone is physically too exhausted to continue, or a qualified professional tells you to stop. In the majority of cases, a qualified individual will arrive who can advise on what to do. However, this was the first time that I was required to apply those principles myself to guide our actions. Even though we were continuously assessing the risk of the tide, we never actually deemed it too dangerous to continue CPR. We were never too physically exhausted to continue CPR either despite the heat, as there were several people willing to do compressions and we all had a good supply of water. This meant that we were all waiting for a qualified professional to arrive to tell us when to stop. When they never arrived, I eventually had to take advice from a doctor half way around the world. As a medical student, I was reluctant to be the one to make the final call as to when to stop CPR.

I was reluctant to be the one to make the final call as to when to stop CPR.

Calling a doctor in the UK was not a straightforward task either. There was no phone signal on the beach. I frantically ran around asking tourists if they had any signal, but I struggled to call any British phone numbers from their foreign devices. I then thought that I could use a data hotspot from somebody else, which would allow me to call the doctor on WhatsApp. I finally managed to get 1 bar of 3G, which enabled me to have a very broken conversation. In the end, we were only able to exchange a series of messages before the internet connection cut out altogether.

Another aspect of the incident which we found particularly challenging was managing everyone involved. We had anticipated how difficult it would be to deal with the patient’s friends, who were incredibly distressed. However, there were other people there who made the situation far more stressful than was arguably necessary. One tourist who offered to help immediately declared that we should stop the CPR because the patient was clearly dead. Despite her being correct, it was not quite so easy to do this. She then went on to try to comfort the patient’s friends, which inadvertently made them even more upset. When in a hospital setting, the logistical management of an emergency is primarily limited to having control over your clinical team and their actions. However, outside hospital, a much greater degree of awareness is required to manage the various individuals involved in the situation.

The final part aspect of my learning that was challenged by this event was my clinical communication skills (CCS). In CCS teaching sessions, we are always told to ‘ICE’ the patients and their families: to explore their ideas, concerns and expectations. This concept proved invaluable in dealing with the patient’s friends. Once I had finished talking to the doctor in the UK who advised to stop CPR, I began explaining this to the patient’s friends. One of them remained relatively calm and quickly understood that this was right thing to do. However, the other two were insistent that we continue our efforts until help arrived. At that point, I could have either accepted their request and kept going, or made the decision to stop regardless. Instead, I asked some more questions about their ideas and concerns. After a few minutes, it became clear that they believed that if we stopped CPR we were going to just leave them on the beach to deal with the body themselves. Once I explained that this was certainly not the case and that we would stay with them until a rescue team arrived, they quickly became calmer and more accepting of the need to stop CPR.

This was by far the most challenging experience I ever faced as a medical student. However, I will undoubtedly face many more difficult situations in my career as an Army doctor. The combination of limited resources, communication difficulties, harsh weather and a significant language barrier formed an incredibly complex set of circumstances for us to navigate. It pushed the limits of both my clinical knowledge and soft skills, but I ultimately learnt a great deal from this experience which I hope will make me a more capable doctor in the future.

Featured photo by Will Langenberg on Unsplash

Amar Rughani reflects on the opportunities offered by retirement. A lifetime of service to the community