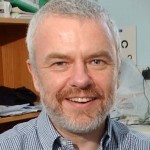 Alistair Dobbin is an honorary fellow at Edinburgh University medical school, an ex GP, a researcher and charity director.

Book Review: How Do You Feel?: An Interoceptive Moment with Your Neurobiological Self by A.D. (Bud) Craig.

Groundbreaking scientific discovery sometimes comes through not accepting the status quo, for instance John Harvey’s discovery of the circulation of the blood. If you want a fascinating ride through the neuroscience of emotions (and cognition with which it is intricately linked) and a completely different formulation of how the anatomy and physiology work you should definitely read this book. Originally a mathematician Craig accidentally strayed into a neuroscience class where they were doing single cell analysis of the thalamus and he was hooked and changed course. Once he started studying the textbooks he was struck by a number of anomalies in the description of the sensory pathways from the body to the brain. He could not understand why the pain and temperature pathway took a completely different, contralateral, course to the ipsilateral mechanoreceptor (2 point discrimination, and proprioception) pathway.

He has carried out a series of studies using many different methods of inquiry (all clearly explained in the book) sometimes spending weeks trying to isolate a single neurone in the thalamus. It turns out that pain and temperature (and many other sensations) are in fact homeostatic emotions; they provoke action repertoires to maintain homeostasis. This results in many new insights in mind/body links. There is little doubt of his findings, as he has done most of the science himself, led by the desire to integrate these findings into a systematic model.

The level of scholarship in this book is astounding, and indeed the classification of the homeostatic emotions is only the beginning of the story. For myself, a medical student in the 1970s this is a real gem. I regularly run workshops in Neuroscience for GPs and have been using his ideas to promote an integrated view of emotion and cognition; they lap it up. In the field of emotional distress the concept of oppositional inhibition of the left and right anterior insulae and the development and connectivity of the brain is a real game changer in this field. For example Craig actually delineates the connections of the C fibres carrying gentle affiliative touch to the principle emotional centres, in an integrative way, while at the same time explaining the evolution of the autonomic nervous system. Gentle touch is also a homeostatic emotion not a sensation. Some of the later chapters are challenging but overall the findings integrate and explain rather than confuse. Craig captures the spirit of renaissance creativity (the section on connectivity is fascinating, very much a fresh mathematical approach) and in years to come I am sure he will be recognised as a force majeur in neuroscience, as Harvey was for the circulation.