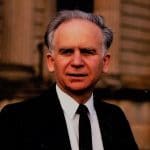 In considering the widespread incidence of sexual harassment and abuse inflicted on women and girls, there should be more emphasis on how certain aspects of boyhood actions could have a later bearing on why some boys, when as men, mistreat and harm adult females as they do.

This stems from my experience as a clinical psychologist with experience in disputes over contact and residence where children were concerned, sometimes resulting in court proceedings where I gave evidence, especially when the threat or the likelihood of physical harm to the mother (and its effects on the children) by her husband or male partner had to be taken into account as based on reports of his past behaviour, including that of abusing her sexually.

Although psychological reasons have been put forward why some males mistreat and assault girls and women, in most accounts there is no mention of the perpetrator being larger and stronger than the female who has been physically and emotionally harmed, or even killed.

A man who commits such an act is usually aware of such differences, both before and during the traumatic incident itself, whether or not he is known to her. Moreover, he may even enjoy this aspect of power over someone else in the full knowledge that there may be no threat or retaliation on the part of his victim, not only because she is commonly physically the weaker of the two, but is usually not capable of doing him much injury if she attempts to defend herself.

Although psychological reasons have been put forward …. in most accounts there is no mention of the perpetrator being larger and stronger than the female.

To put it another way, if most girls and women were as large and as physically strong as their male counterparts, what would be the incidence of serious assaults on females? Most likely  lower than at present, and less likely to take place to begin with.

Since the average size and strength differences between the sexes are likely to continue for generations to come, it seems that a different approach could prove helpful in protecting girls and young women from sexual harassment and other forms of mental and physical aggression, which, in many instances restricts their quality of life, including feeling unable to go unaccompanied at any time of the day or night of their own choosing, as though a single sex curfew was imposed.

As many women have achieved equality in so many spheres of life, perhaps too much emphasis has been put on the physical differences between the sexes? But, then why is it that so many more women still suffer abuse from men, and have to alter their behaviour to keep themselves safe in so many situations instead of it being the other way round?

For example, say a 35 year old woman GP is seeing her last patient, a similarly aged man with a minor injury. Both live about a half mile from the surgery. But when she leaves the surgery she does so by car because she feels anxious about walking home alone in the dark during late November, whereas her male patient, a sales assistant, has no qualms about doing so, and looks forward to the exercise.

A 35 year old woman GP is seeing ….. a similarly aged man …. But when she leaves the surgery she does so by car because she feels anxious about walking home alone in the dark …. whereas her male patient …. has no qualms.

Moreover, when compared with her patient, the female GP is the ‘stronger’ of the two in terms of education, income and professional status, yet she has to take such a precaution in order to avoid being physically assaulted or simply harassed by a man who tries to take advantage of her. She is not alone in such respects when compared with many other women who avoid being out on their own, sometimes even during daylight hours, or when having to travel by public transport.

While running the risk of stating the obvious in how different the sexes are in typical bodily capabilities, it seems necessary to ‘ingrain’ this difference into the brains of potential female abusers and to begin to do this during their formative, childhood years in order to reduce the likelihood that as adults they may abuse women in totally unacceptable ways, including that of so called ‘light’ sexual harassment.

As a positive spin-off, it could also improve matters where there is same sex bullying by bigger boys on younger or weaker boys, then later carried over into adulthood when, as grown men, they will see some women as weaker than themselves – as in the case of ‘bigger boy bullying’ of smaller boys, but with much more serious consequences when done by mature men to mature women.

I wonder, if in fact, this aspect of boy on boy bullying in childhood has been seriously considered where adult male violence towards female is concerned? It seems one worth pursuing, especially in view of the worrying levels of anxiety in the minds of millions of women across the age range.

The felt dangers plus the lack of freedom in going about as one is entitled to – faced these days by all too many women – should be treated as of paramount importance in terms of its adverse effects on their mental health, along with the indirect fallout on their subsequent relationships, their confidence and their self esteem. Hence, the urgency in reducing women’s anxieties about harassment and worse in its various forms, especially when out on their own, plus the necessity of protecting those who are trapped in abusive domestic situations.

I have carried out a good deal of medico-legal work, including reports on women who have suffered abuse. In one case I recall was when a man broke into a women’s refuge and killed his former partner in front of the other women and children there, resulting in rather adverse psychological effects on all those who witnessed this horrific incident. There are still too many instances where women are badly injured, seriously emotionally traumatised or murdered by stronger male partners.

The mistreatment of women by men could well be linked to how these men behaved towards other boys when they were youngsters themselves.

This is not to say that all women are free from fault when making it difficult (or virtually impossible) for caring and non-violent fathers to have contact with their children, or, in the case of women who violently attack men for various reasons, knowing that they will not retaliate in kind, even if these men are much bigger and stronger and capable of doing the greater harm in return.

Nevertheless, abuse, sexual or otherwise, by women against men is generally much less in frequency and in intensity and, for the most part, in keeping with the innate bio-sexual differences in size and actual strength – factors which are largely genetically determined.

The mistreatment of women by men could well be linked to how these men behaved towards other boys when they were youngsters themselves. More should be done to scale down the bullying of smaller and slightly built boys by those who are more capable strength-wise, since this form of behaviour may eventually be directed towards adult women. Childhood bullying should be considered as a causative factor in making the lives of all too many women restricted due to worry over their personal security. Such bullying should be regarded as a major problem and treated accordingly as soon as possible.

Unwell women: misdiagnosis and myth in a man-made world