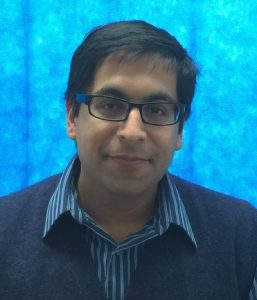 Khalil Hassanally is a First5 GP and student of bioethics. Twitter: @asuitabledoctor

Coming from an immigrant community there has always been huge pressure on not losing one’s roots. Many apocryphal tales, anecdotes and fables are told in this regard, and one in particular that sticks in my mind is that of the fox who lost his walk. The story, as it goes, was of fox who used to be the envy of the other animals for his unique walk. One day, fox saw man who rather than walk on four legs walked on just two. Keen to maintain his reputation of being the best walker, fox attempted to walk on two legs, though try as he might fox could not replicate the walk of man.  Defeated, the fox tried to return to his own walk only to realise he had forgotten what it looked like and that is why fox today has the funniest walk of all the animals.

Many of us whose neighbourhoods are plagued with vulpes vulpes see nothing funny about how fleet of foot the fox is, or how deftly he empties poultry from the garden; nevertheless the story of the fox’s walk rang particularly resonant having finally completed the Clinical Skills Assessment (CSA). When we started off practising as trainees, we were individuals with our many voices and ways of consultation but by the end we were an indistinguishable homogeneous consultation machine.  The CSA was brought into sharp focus by last year’s judicial review with Justice Mitting stating that:

Whilst I don’t dispute the CSA has its uses (there’s nothing quite like an exam to focus one’s mind on the finer points of the menopause) I worry what it does to my consultation. Working in a particularly deprived and diverse area of London the CSA was the first session I have done where all my patients spoke English, where they only attended for one problem, and where general practice was reduced to a picturesque Dr Finlay-like entity. Eliciting patients’ ideas about their illness leads not to transcendent consultations but complaints to the trainer that this new doctor seems so lost as to what he is doing that he has to ask his patients what they think is wrong with them.  Whereas in many localities trainees may be urged to delay taking the CSA till they have enough experience, in mine we are gently nudged into taking it early lest we lose those textbook consultation skills that seem ill at home in modern day East London.

In preparing for the CSA most trainees will abandon their own natural consultation and give precedence to whatever consultation model that will secure them a pass. As the anti-colonial psychiatrist and philosopher Frantz Fanon writes:

“The oppressor, through the inclusive and frightening character of his authority, manages to impose on the native new ways of seeing, and in particular, a pejorative judgment with respect to his original forms of existing.”2

Whilst the CSA may feel cruel and unusual to those sitting it, it can hardly be compared to the evils of colonialism. Nevertheless it robs trainees of something important. I hope that unlike the fox I will once again be able to remember my walk.

Playing the GP role: CSA on the Move