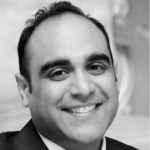 The culture of medicine, specifically as it pertains to hospital medicine, is stuck under the shoulder of a giant. William Osler brought the Newtonian paradigm of what was then cutting-edge science to the bedside of hospital medicine. Action = reaction, and all that follows from this, culminating in an entrenchment of linear thinking.

Modern science has not been in thrall to the Newtonian paradigm for some time, where the inherent nature of uncertainty has been accepted. This is best illustrated by the Heisenberg principle.1 Introduced in 1927 by Werner Heisenberg, a physicist, the uncertainty principle states that the more precisely the position of a particle is determined, the less precisely it’s momentum can be predicted from initial conditions, and vice versa. It crystalises the inherent uncertainty of existence.

… consultations that leave their mark on us … usually cannot be shoehorned into a linear model.

What does this have to do with general practice?

Making sense of the GP consultation can be hard. Ever since Balint2 described some of the psychological undercurrents of the GP consultations, models of the consultation have been put forward, each adding something new to the toolkit that GP’s can access, whether it is the concept of opportunistic health promotion,3 safety netting,4 or the decision to yield or not yield.5

When starting to learn about GP consultations many trainees expect consultations to conform to linear thinking, where cause, effect, and best practice management are clear, while trusted techniques help elucidate ideas, concerns, and expectations with a bit of opportunistic health promotion to boot. This may often relate to the influence of the Oslerian model of medical practice in hospital, personal experience, or the acceptance of media stereotypes of GP consultations.

The reality is the consultations that leave their mark on us, that occupy our thoughts and challenge us, usually cannot be shoehorned into a linear model. Some defy easy explanation. Some have a myriad of multiple interacting components, which, with time, effort, and the power of continuity (which itself is only relatively recently being understood and appreciated) can be teased out. Some consultations have significant areas of uncertainty. Some are plain chaotic and it can be difficult to put a finger on why and leave the trainee (and often fully qualified GPs) questioning what they achieved in the consultation and frankly undeserved feelings of inadequacy.

… [the Cynefin framework] helps break out of ineffective ways of thinking …

Such consultations can lead to significant unease in trainees, especially early in their training when informational uncertainty is high, and understanding and acceptance of the inherent uncertainty that is part of all existence is perhaps underdeveloped.

A sense-making framework, applied to these consultations, can be helpful. Initially in retrospect as a reflective tool and, as time passes and familiarity with the framework grows, during the consultation itself.

I suggest adapting the Cynefin framework,6,7 which takes its name from the Welsh word meaning ‘the place of your multiple belongings’. This was developed by Snowden in 2003 as sense-making framework in a business and organisational context, whose value lies in enhancing the ability to make sense of situations and improve decision-making capabilities. It helps break out of ineffective ways of thinking and helps look at difficult problems with new eyes. It consists of four domains (Figure 1).

The use of the Cynefin framework in general practice has been suggested elsewhere.8 I suggest its particular strength is as an aid to facilitate reflection on consultations, make sense of them, develop a deeper understanding, and ultimately develop greater confidence — leading to better outcomes for patient and doctor. I have shared this approach with GP trainees and GP trainers who have found it a refreshing and novel approach.

Once a GP can accept a scenario as known, knowable, complex, or chaotic, it then empowers them to use the most appropriate approach, without any feelings of inadequacy or guilt, which being unable to stick to a linear model can engender. It leads to a deeper understanding of the issues at play and an acceptance of the inherent nature of uncertainty, which are most to the fore in complex and chaotic scenarios. It adds another tool to the toolbox of the reflective GP, striving to improve their practice.