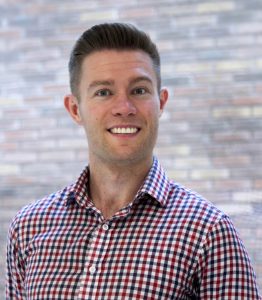 Richard Armitage splits his time between general practice in the East Midlands and humanitarian work across the world. He blogs at www.drricharmitage.com

In August 2018 I took time away from my salaried position in the East Midlands to volunteer with the NGO Doctors Worldwide. I spent two weeks in the Cox’s Bazar region of Bangladesh, working in and around the refugee camps that hold one million Rohingya refugees from nearby Myanmar. I blog about my experiences at drricharmitage.com where I explain the details of this humanitarian crisis, what life is like for the displaced Rohingya, and how the makeshift healthcare system works inside the camps.

You might feel like you know this story pretty well already. After all, the tragedy has been widely reported on smartphones and TV screens around the world since it erupted in 2017. But, while I certainly witnessed the struggle and hardship we associate with refugee camps, I also experienced a different side to the story – one that isn’t reported by the major news outlets.

Some of the points I make here may appear to be critical of the Rohingya refugees’ conduct. However, let me clearly state at the outset that this is absolutely not my intention. I do not mean to damn or assign blame. I am convinced that the behaviours I describe here are simply the result of desperation, a natural human response that occurs when an entire community is persecuted, murdered, and forced to flee their homes. If I was unfortunate enough to find myself in the same situation, I would behave in exactly the same way, or maybe even worse.

Bangladesh is not a rich country. As I explain in ‘Bangladesh – hosting the largest humanitarian crisis in the world’, poverty is widespread. The per capita GDP is similar to that of Zambia in Sub-Saharan Africa – a country which received over one billion USD in foreign aid in 2016. The influx of one million refugees has only made this situation worse, putting a huge strain on the already limited resources in Cox’s Bazar. As a result, tension has built between the migrants and the host community.

The arrival of international humanitarian assistance, especially medical organisations, means the quality of healthcare is actually higher in the camps than it is for the local Bangladeshis. This, understandably, has raised tensions between the two populations. The host community complains that the world hasn’t helped them in their own humanitarian crisis, which has been ongoing for decades, but rushed to assist the Rohingya the moment they needed help.

Tensions are particularly high on the outskirts of the camps. A number of Primary Health Centres are located on the camp’s periphery. These serve both the refugees and the host population. Security guards are common features here, as scuffles frequently break out between the two communities, who both want to be attended to first.

The flip side of this story is the boost to the local economy. Since the escalation of the Rohingya crisis in August 2017, thousands of aid workers have flown in to the region. As a result, the hotels are fully booked, restaurants crammed to bursting, and local drivers and translators hired by UN agencies to assist with the humanitarian response. This humanitarian crisis is good for local business.

Myanmar is the largest producer of methamphetamine in the world. Yaba – a synthetic cocktail of caffeine and methamphetamine – is a drug flavoured with vanilla and coloured bright red. It comes in tablet form, making it easy to transport in large quantities. It was initially a popular party drug in Thailand, but more recently has spread across the entire country of Bangladesh. It can be bought across the nation, from the capital city Dhaka to the smallest rural village.

A Bangladeshi can buy a single tablet of Yaba for about 275 Taka, or £2.50. Since a bottle of beer costs 500 Taka, using meth as your drug to get high makes a lot of sense.

Since it isn’t produced in Bangladesh, the drug has to be smuggled in to the country from Myanmar. Until recently, the border was well protected, indirectly by the thick jungle, and directly by the police. But, since August 2017, the situation has changed. One million refugees have crossed the border in a small space of time, making checks and searches of each migrant totally impossible.

Since the Rohingya are the only people moving from Myanmar into Bangladesh, they are now the main route of Yaba trafficking into the country. As a result, the drug economy in the refugee camps is soaring, and the availability and use of meth across all of Bangladesh has skyrocketed since the humanitarian crisis began.

In little over 12 months, some 700,000 Rohingya have fled Rakhine State in Myanmar into the Cox’s Bazar region of south-eastern Bangladesh. The majority of these – some 600,000 – have settled in what is now the largest refugee camp in the world, the Kutupalong extension site. This site occupies a mere 13 square kilometres, generating a population density of about 46,000 people per square kilometre. This staggering figure is about 1.5 times greater than the most densely populated settlement in the world, the Indian city of Mumbai.

While the sheer density of people living in this area puts huge strain on humanitarian resources, it also has catastrophic effects on the physical environment. The extension site, which now contains temporary homes, health clinics and ration points, was previously an ecosystem of dense jungle. Until recently, the view in the photo below was a sprawling forest, home to a vast array of wildlife, including the endangered Asian elephant.

As the refugees arrived, a huge number of trees were hacked down and cleared to make room. While the bamboo was used to create a much needed and brand-new infrastructure, the damage to the local habitat was enormous. A mass migration of wildlife took place, and the elephants are no longer seen in this area. In addition, the loss of fauna has reduced the natural drainage of the region, predisposing it to flooding and mud slides, which devastate the temporary homes built for refugees.

What should the doctors be treating?

It must be remembered that the quality of healthcare the Rohingya received in their homeland was extremely poor. Most of them had never seen a doctor with any qualifications to their name. ‘Village doctors’ are self-appointed clinicians who feel they have seen enough illness in their village to know how to treat people effectively. They write and sign prescriptions, which the patients take to an equally unqualified ‘pharmacist’, and the drug is issued at a negotiated price. Broad-spectrum antibiotics, morphine-based pain killers, and specialised heart medicines are all available to buy, at a low price, and with no regulation or monitoring.

Having had no real healthcare to date, many of the Rohingya have undiagnosed chronic health conditions like asthma, high blood pressure and diabetes. These are quickly diagnosed in the camps by doctors working for the UN and NGOs. Back in the UK, we could easily get these conditions under control with the use of daily medications. I’d prescribe a month of tablets at a time, and the patient would collect their next repeat prescription four weeks later. I’d arrange any appropriate blood tests to monitor for side-effects, and the patient would check in with me to report how their condition is going.

This is simply not possible in a refugee camp. Firstly, we don’t have access to such drugs – only the medicines used to treat severe problems like infections and dehydration are available to use. Secondly, we couldn’t keep track of the patient to monitor their response to the drug, even if we had access to it. The patients go to different health clinics each time, their records are hand-written and easily lost, and blood testing services are rarely available to monitor adverse reactions. The Western model of primary care – specifically in the management of chronic health problems – is simply impossible to implement in a refugee camp.

This raises multiple ethical questions. Should I test for a chronic disease, even though it couldn’t be treated if it was diagnosed? Should I tell the patient they have a chronic disease, when there’s simply nothing we can do to manage it? And should the dodgy pharmacies – which are generating side-effects, adverse reactions, and antibiotic resistance – be shut down by UN authorities, thereby depriving the ‘pharmacist’ of their livelihood in the camp?

These points may be provocative, which may be why they are not discussed by the major news outlets. I hope I have painted a more accurate picture of what goes on in the camps, and the wider effect of the Rohingya refugee crisis on Cox’s Bazar and Bangladesh.