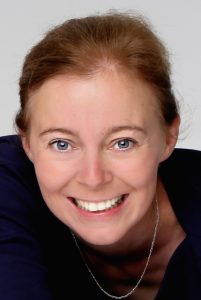 Briony Hudson is an independent medical museum curator, lecturer and pharmacy historian. She is on Twitter: @brionyhudson2

On 28 September 1865, after a long struggle to jump the required hurdles, Elizabeth Garrett (later Garrett Anderson) passed the Society of Apothecaries’ licentiate exam, allowing her to join the recently instituted General Medical Council’s register and therefore practise medicine. Although Elizabeth Blackwell, born in Bristol but brought up and educated in the United States, had been the first woman to feature in the inaugural register of 1859, it is the Elizabeth that she inspired, Dr Garrett Anderson, who is arguably the best-known medical woman pioneer.

An Editorial in The Lancet from 1873 argued: “women are neither physically nor morally qualified for many of the onerous, important, and confidential duties of the general practitioner…”

Elizabeth Garrett Anderson and those women doctors that followed her argued that their presence in all fields of medicine was vital, not least to encourage women patients to feel confident in coming forward to be examined and treated. General practice was their primary opportunity, especially as gaining hospital roles was incredibly difficult without access to the old-boys’ network. They were certainly not received with open arms. An editorial in The Lancet from 1873 argued: “women are neither physically nor morally qualified for many of the onerous, important, and confidential duties of the general practitioner…” A handbook for the aspiring doctor, The Young Practitioner (1890), confirmed that “the woman is, and ever will be, the angel of the sick room.” Women’s battles to break into medical careers against this domestic carer stereotype, particularly after the introduction of registration in the mid-19th century, is a well-told story.

With this historical context as its backdrop, working as guest curator on the Women at the Heart of General Practice project at the RCGP has certainly been thought-provoking. From my initial meeting with then RCGP Archivist Dr Sharon Messenger in July 2019, through the launch of the College’s first online exhibition in July 2021, to the installation and opening of an in-person exhibition at 30 Euston Square in March 2022, both the subject matter and the pandemic have thrown up challenges.

The project was originally planned as an in-person exhibition to explore the range of roles that women have played in general practice from College pioneers such as first woman Chair and President Dame Annis Gillie (1900-1985) to those just entering the profession today, and from GPs’ wives as essential unpaid team-players in previous decades, to women currently working in key roles such as practice managers and primary care pharmacists. This broad remit has remained throughout, even when it became clear that a physical exhibition was impossible during the various lockdowns and pandemic restrictions. Instead, the College created its first online exhibition combining images of its own collections, biographies of women both past and present, audio clips from the oral history collection, and video contributions from then RCGP President Professor Amanda Howe alongside award winning poet (and GP receptionist) Gemma Barnett. The material was organised around 8 themes from Careers Advice to International Perspectives, and is still fully available to explore at https://www.rcgp.org.uk/women-in-gp

But the objective was always to put material on display to be enjoyed by the many and varied visitors to the College headquarters. As part of the celebrations of the College’s 70th anniversary in 2022, the exhibition on the ground floor of 30 Euston Square asks the key question “What roles have women played in general practice since the College’s foundation in 1952?” The items and stories on show are drawn from the College members and collections, alongside loans and contributions from external individuals and organisations. From a witch’s charming stone to GP suffragettes, and a paediatric anaesthetic kit to a pioneering 1940s book on breastfeeding, the exhibition also puts the history of women in general practice in its wider context. The displays complement the existing online exhibition, with allied themes and QR codes throughout that signpost visitors to explore both the virtual and physical material. The exhibition also brings the portraits of the College’s five women past presidents into one public space for the first time, including the latest of Professor Amanda Howe, a photographic portrait by Michael Waller-Bridge.

…we asked past women Chairs to select items to represent their careers. Professor Dame Helen Stokes-Lampard’s PhD thesis provides a plinth for a pair of co-ordinating leopard print shoes…

Choosing what to exhibit started with the selection of key themes in the College’s history and the wider history of women in medicine. Taking the historical domestic caring role expected from women as its starting point, a nineteenth century medicine chest sits alongside a pioneering publication on periods written by College member Dr Katy Gardner in 1979, to consider how traditional stereotypes have both affected and inspired women’s professional medical remit.

Although College members may be familiar with its ceremonial mace, very few know that it was presented by Scottish members in 1969 in Annis Gillie’s honour, and is displayed in the exhibition to explore her role in the College’s foundation, and her continued inspiration to GPs including current President Professor Dame Clare Gerada who wrote “Without Annis’s vision, determination and drive, the speciality of general practice might have been lost to history…”

Women have served in the College’s leadership since its foundation. Its four women Chairs and six women Presidents have led the profession but also had an impact in wider spheres, nationally and internationally. Alongside the presidential portraits and biographies of milestone figures such as past Honorary Secretary Dr Mollie McBride (1931-2013), we asked past women Chairs to select items to represent their careers. Professor Dame Helen Stokes-Lampard’s PhD thesis provides a plinth for a pair of co-ordinating leopard print shoes; Professor Maureen Baker’s selection was a photograph with her family receiving her CBE; and Professor Dame Clare Gerada’s chose her recent book Beneath the White Coat. Meanwhile Dr Lotte Newman (1929-2019), College President 1994-97, is given the last word with her advice that success as a woman leader was dependent on “always being at least as well prepared as the men at meetings!”

Alongside Annis Gillie, around 140 of the College’s founder members in its first year were women, with broad experiences that the Heritage team are continuing to explore. As part of the project, Interim Archivist Philip Milnes-Smith compiled a list of Foundation Members and Associates, cross-referenced with the census and medical directories to confirm their identities and addresses, which is now publicly available for the first time here. Some of these women also later donated items to the College’s collection, representing their breadth of their practice in the mid-twentieth century. An ophthalmoscope, retinoscope, haemoglobinometer, anaesthetic bottle and tuning fork donated by Drs Stella Ambache (1917-2015) and Hannah Striesow (1908-2009) are on show.

Women doctors have typically focused on care for women, babies and children, making a virtue of this in the profession’s early years. Both evidence and anecdote underline the continued importance that the choice of a woman GP has for her patients. Exhibits such as a Victorian foetal stethoscope, early vaginal speculum, and obstetric forceps illustrate these points, while a prototype for the blue plaque that commemorates pioneer Enid Balint (1903-1994) and her husband Michael (1896-1970) provides an example of those outside general practice who have made a significant impact on its approach to patients.

Women GPs have not just battled for equality within their profession, but often played key roles in wider society.

Women GPs have not just battled for equality within their profession, but often played key roles in wider society. Featured doctors include Dr Alice Ker (1853-1943), a Liverpool GP, who was sentenced to three months in Holloway prison in 1912 for breaking windows in Harrods, but released because of ill health after two months, having been force-fed. More recent activism is highlighted in the exhibition through the display of a Women in Medicine T-shirt, representing the long-running organisation that provided practical support and guidance to so many women doctors. The display also indicates the College’s continued work to promote inclusion and diversity in its membership and the wider profession, through its involvement in London and Manchester Pride, and the Virtual Sunday Book Club reading choices for Black History Month 2021.

A key project aim was to emphasise that GPs are part of a much wider team that works together to deliver primary care. Today, and in the past, women make up most of this team including nurses, practice managers, and receptionists. Exhibiting a 1970s typewriter next to a selection of seminal publications on practice management and medical secretarial work next to a 1980s waiting room sign kindly lent by Warders Medical Centre, Tonbridge, that includes “Nurse” alongside the named GPs, illustrates the introduction of what were known as “ancillary staff” from the 1960s onwards.

GPs have always depended on their families to support their work, but the stereotypical mid-twentieth century doctor’s wife embodied the roles of receptionist, practice manager, nurse and confidante. A 1940s telephone is displayed to illustrate its centrality to GP practice, inspired by the conclusion published in the BJGP in 1962 from a study by Dr Agnes Kennie (1909-2009): “few wives escape the tentacles of their chief enemy, the telephone.” GPs’ partners have played other essential roles, not least Gerty Pickles (1890-1969), wife of the first College President Dr William Pickles (1885-1969). Dr Pickles’ pioneering publication Epidemiology in Country Practice (1939) is displayed open at the page where he acknowledges his wife’s (and their daughter’s) invaluable contribution as unofficial research assistant collating the years of data collection that underpinned it.

Breaking the silence around ‘the menopause’