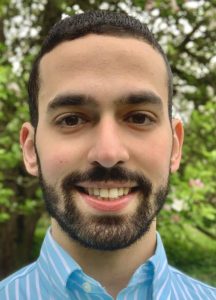 I Type 2 Diabetes (T2D) is a growing health problem inflicting a large burden on individuals and society1,2 It is characterised by insulin resistance and chronic hyperglycaemia defined as glycated haemoglobin (HbA1C) values of 6.5% (48 mmol/mol) or above. It is well-established in the literature that weight reduction is fundamental for good T2D management and remission.3 More recently, a number of groups have come to a consensus on the definition of remission with partial remission defined as HbA1c < 48 mmol/mol for at least 1 year without any medication2 4 and prolonged remission is defined as HbA1c <48 mmol/mol for at least 5 years without any medication. While there are multiple dietary interventions available such as the Mediterranean diet and the low-fat diet, there is now mounting evidence that the low-calorie total diet replacement (TDR) particularly when combined with behavioural support is the most effective dietary intervention in elucidating weight loss and diabetes remission5 TDR programmes consist of a low calorie (around 800 kcal/day) formula diet for approximately 3 months alongside a stepped food reintroduction programme for 4 weeks as well as regular behavioural support from a healthcare professional including goal setting, encouragement and feedback.

Weight Loss in Patients with T2D

TDR is effective for weight reduction in people with T2D. Throughout the literature, there is strong evidence that weight loss greater than 15 kg can restore beta pancreatic cell production and often produces total biochemical remission of T2D.6 In the landmark DiRECT 2017 UK study,7 300 patients who had been diagnosed with diabetes in the past 6 years were randomised with one half continuing their diabetes medication and receiving conventional weight loss advice as per best practise (control group) while the other half, the intervention group, received TDR for 3-5 months followed by stepped food reintroduction for approximately 4 weeks7 as well as structured support for long-term weight loss maintenance. At 12 months, 24% of the participants in the intervention group had a weight loss of 15 kg or more compared to none in the control group. Furthermore, the average mean body weight reduction in the intervention group was 10.0kg compared to 1.0kg in the control group. These stark findings were also supported by a similar study entitled DROPLET in 20188, which was also a randomised controlled trial with a TDR intervention group and usual care of diabetes medication and weekly visits to a nurse. After 1 year, the average weight reduction in the intervention group was 10.7 kg compared to 3.1 kg in the usual group.

The reductions in body weight elicited from TDR are moderately maintained after 2-years. A key difference between the two UK studies cited is that the DiRECT trial continued throughout the 2-year follow-up whereas in the DROPLET study is ceased after 6 months.7 At the 2-year follow up, a weight reduction of 15 kg or more was achieved in 11% of individuals in the intervention group in the DiRECT study9 compared to 2% in the control group. It is also notable that after 3 years in the DROPLET study, the difference between the two groups had remained with the average weight being 6.2 kg less than at baseline compared to only 2.7 kg less in the control group.10 These findings are also in line with those from the 2020 DIAMEND-I Study11 which was based in North Africa and the Middle East. It showed similar body weight reductions at 12-months and 24-months demonstrating how TDR can be effective in both British and Middle Eastern populations. While the superiority of TDR over standard treatment is clear, it is important to state that most patients do not maintain or increase their weight loss across 2 years with only a minority of patients (10%) maintaining a 15 kg or above weight loss. Along with weight loss, a primary outcome for the cited studies was remission as measured by HbA1C levels.

There is evidence that TDR is more effective than current usual care in the remission of T2D at 1-years and 2-years post follow up particularly in young patients and those who have been recently diagnosed.

It is notable that the DiRECT Study excluded patients with diabetes longer than 6 years ago thereby limiting the generalisability of its results. Moreover, the DIADEM-I study had a significantly greater remission rate in its intervention grasp than that of the DiRECT study at 60%. The authors of the DIADEM-I paper hypothesise that this is due to the differences between the two-population studied with DIADEM’s cohort being much younger and in the early stages of T2DM. Further evidence of this is shown in the Look AHEAD study12 which utilised an intervention combining exercise and low-calorie diet and included patients who had been diagnosed for longer than 6 years; the study demonstrated a remission of 12%. Unsurprisingly, post-hoc analysis found that remission was associated with greater weight loss but importantly, being prescribed fewer anti-diabetes medications as well as being diagnosed with diabetes earlier. Moreover, only the DROPLET study published 3-year follow up data10 and disappointingly, there was no statistically significant difference between the two groups in their HbA1c levels which highlights the importance of further research the predictors of remission in those undergoing TDR and the inclusion of longer-term follow-up data in future randomised control trials (RCTs). Additionally, there is limited evidence that TDR or any dietary intervention prevents or reduces long-term diabetes-associated complications, and this will take many years for any effect, if at all, to be elucidated.

As with any weight loss regimen, there are potential short-term adverse effects from TDR including risks of over-treatment and biliary disease.

As with any weight loss regimen, there are potential short-term adverse effects from TDR including risks of over-treatment and biliary disease. If there are not regular follow-up appointment with clinicians to help down-titrate or to stop medications such as insulin or antihypertensives, patients undergoing rapid weight loss are likely to experience hypoglycaemia or postural hypotension13. However, this was mitigated in the DiRECT, DROPLET and DIADEM studies as the intervention groups had regular follow-up appointments and thus there was no evidence of over-treatment. The DROPLET study demonstrated no statistically significant difference between the two groups with an approximate 11% chance of an individual developing a moderate adverse event. These were defined as a side effect that interfered with normal functioning and include: constipation, fatigue, headache or dizziness.8 Similarly, the DIADEM study showed no difference between the control or intervention group in moderate or serious adverse events11 thereby providing further reassurance over the safety of a TDR regimen compared to usual care. It is notable that the DiRECT Study did report a serious adverse event of biliary colic in 1 on its 149 participants in the intervention group that was deemed potentially related to the intervention. However, this was attributed to the rapid weight loss and not specifically to the TDR regimen. Indeed, rapid weight loss is a recognised risk factor to either increase the likelihood of gallstone formation or existing gallstones becoming symptomatic.14 So far, meta-analyses have also not demonstrated an increased risk of adverse consequences for TDR relative to usual care or to other dietary interventions.5  Nonetheless, more RCTs are needed with larger cohort sizes and longer follow-up points to be statistically powered to adverse effects that are rarer and more long-term. Additionally, the TDR consists of ultra-processed food and drink products. Large-scale systematic reviews analysing a total of 900,000. participants have firmly shown an association with ultra-processed foods and increased risk of cardiovascular disease, depression and all-cause mortality across decades of life.15 This further highlights the importance of long-term RCTs in order to first elucidate a link between TDR and increased mortality and if the benefits of diabetes remission are offset by the consequences of an ultra-processed diet.

Food is essential for a person’s wellbeing and thus is important that TDR satisfies a patient’s preferences, culture and lifestyle in order to be a regimen that they can adhere to. All data cited above regarding weight loss and diabetes remission were analysed using the intention-to-treat principle which is intended to avoid any bias caused by non-random attrition of participants. It is reassuring to note that the adherence to the regimen did not vary between the intervention group or control group. The UK DROPLET study also had similar levels of adherence to the Middle Eastern DIADEM-I study which provides early evidence of the adherence of TDR being conserved amongst different ethnicities. As previously mentioned, larger studies with greater range of ethnicities and socioeconomic backgrounds are needed to provide further evidence of this.

Cost to the patient has been cited as a potential reason for low adherence to weight loss regimens. In the DiRECT study, the meal replacement products were provided free of charge for participants unlike other studies which may partially explain the enhanced adherence to the intervention compared to other studies. Despite this, around 30% of participants in the intervention arm withdrew by 24 months and so greater efforts are needed to explore measures to improve retention. Alongside the cost to the individual, a key metric will be the cost-effectiveness of the programme to the healthcare service.

Ultimately, the degree to which TDR is implemented within clinical practice will depend upon its cost-effectiveness.

Ultimately, the degree to which TDR is implemented within clinical practice will depend upon its cost-effectiveness. As previously mentioned, TDR could in theory be cost effective by eliciting a higher rate of diabetes remission resulting in savings from de-prescribing as well as reduced healthcare usage due to the prevention or treatment of longer-term complication. Based on the cost analysis from DiRECT7,9 the cost per intervention of TDR formula costs and clinic visits was £1,223 whereas costs in the control group were substantially lower at £846. To date, 2-year follow up studies have unfortunately not shown overall healthcare cost savings with any TDR study.2,3,16

However, the COVID-19 pandemic has accelerated the usage of digital delivery systems and I would be hopeful that digital support could help to enhance the effectiveness and/or reduce the cost of TDR.

The field would benefit greatly from studies that directly compared different delivery methods of TDR for example, group-based sessions, individual appointment and online provision in order to first examine any differences in efficacy and also cost-effectiveness. Larger groups would also allow for greater analysis of predictors of diabetes remission to improve the TDR programme as well as to better identify patients most likely to benefit from TDR.

Looking to the future, the ongoing Diabetes Remission NHS Low Calorie Diet pilots may be able to provide some answers to these outstanding questions.

From the available evidence, TDR has been shown to be more efficacious than usual care in weight reduction in patients with T2D and eliciting greater rates of diabetes remission across 1 to 2 years.5,8,9 Given that these effects have not been shown to be maintained at 3 years and with greater associated costs with more sessions with a healthcare professional, the current programme has not been shown to be cost-effective yet.

Clearly, more work is needed to first understand the factors underlying patient adherence as well as improve this factor so that a larger proportion of patients can continue or maintain their progress towards a more optimal weight.

Furthermore, the field would benefit from larger RCTs comparing digital delivery as well as group delivery which could both offset costs and prove to be cost-effective.

In sickness and in health? A transient experience of the sick role

What makes a public health problem?

How and why do we define something as a public health problem? Richard Armitage reflects on