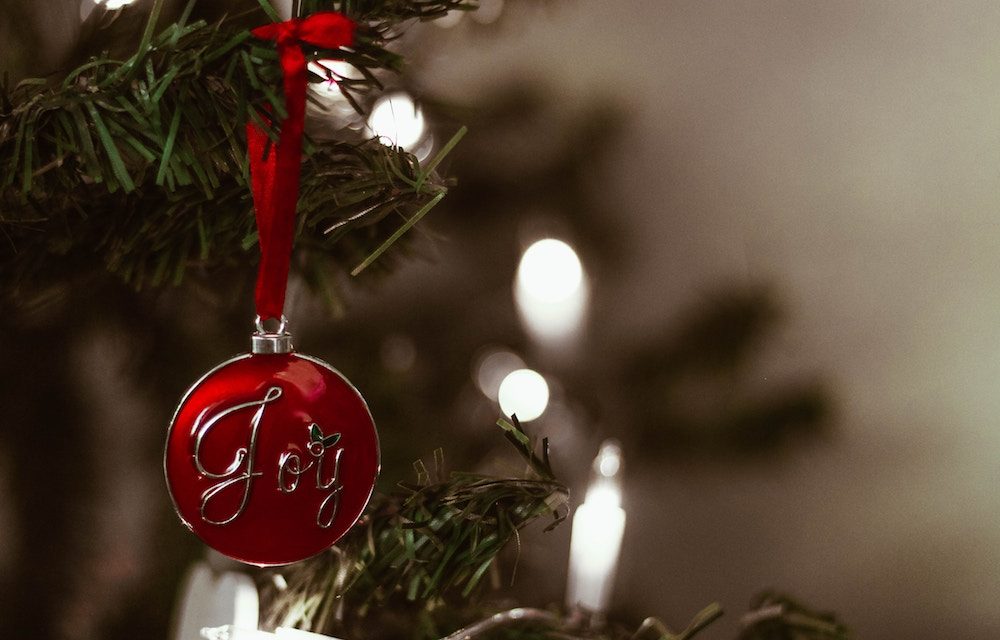 This is part two of a five part series. If you can’t wait and like to binge read then you can download the full five part version for free as an epub or mobi file for use with your Kindle or other e-reader.

Dr Scrooge woke in a cold sweat and sat bolt upright in his bed. This was not unusual for, in recent weeks, the stress associated with an impending visit by the CQC had frequently disturbed his sleep. Moments later, however, his thoughts were diverted from the need to get on and write those mandatory protocols on the secure overnight storage of hand towels and the safe use of the stairs, when, at one o’clock precisely, his bedroom door creaked open and a strange looking fellow crept into the room. Over a woollen cardigan he wore a tweed jacket complete with leather patches on the elbows; on the end of his nose was perched a pair of pince nez glasses; and in his hand he carried a battered black Gladstone bag.

‘Are you the spirit, sir, whose coming was foretold me?’ asked Scrooge.

‘Indeed I am,’ the apparition replied, ‘I am the Ghost of General Practice Past. I’ve come straight from a meeting of my celestial Balint Group. And my, what catharsis we enjoyed there this evening. Your former partner, Jacob, was in attendance. He’s a good chap, a jolly fine fellow. But enough of that. Come along with me – he has sent me to show you what General Practice once was.’

The spirit held out his hand and Scrooge instinctively took it. As he did so, Scrooge felt himself being lifted, as if weightless, from his bed. The spirit led him to, and then through, the wall of the bedroom and out into the night air. They journeyed until they found themselves in the oak-panelled surroundings of what appeared to be a gentleman’s club. A number of elderly men sat together in high-backed leather chairs. All were doctors, enjoying a glass of port after a drug sponsored Christmas meal. With them was a medical student who was attached to one of their number.

‘Listen to these chaps,’ the spirit said to Ebenezer, ‘Each and every one is a fine fellow – a jolly good chap. You could learn a thing or two from what decent sorts like these have to say.’

The men were taking it in turns in regaling the medical student with tales of their working life.

‘Of course, these days, the youngsters have it easy. They only work a mere seventy-two hours a week you know. In my day it was eighty-one’

‘Eighty-one hours? You had it easy. It was all internal cover when I did my house jobs. In real terms, I did a hundred hours a week.’

‘Only a hundred hours a week? Luxury. I was running a GP practice single handedly by the time I was 23… On call every hour of every day.’

‘That’s right. We had it tough as GPs. One hundred and sixty-eight hours a week we worked – and, of course, we had to provide all the obstetric care – home deliveries every day.’

‘And most of those were c-sections – we had do the operations with only kitchen utensils for surgical instruments and a bottle of brandy for an anaesthetic.’

‘Aye – and if you tell that to the medical students of today, they’ll not believe you.’

The spirit indicated that it was time to move on and Ebenezer readily agreed. He’d heard it all before. The walls of the room blurred and faded and gradually, as things came back into focus, Scrooge realised that they were now high above rolling hills. Passing over snow-covered fields and lanes, they travelled until they came at last to a small town and stopped by a house that Scrooge recognised as his childhood home. Outside the dwelling, a car pulled up. The familiar figure of his family GP clambered out of the vehicle and made her way up the garden path to the front door. A woman was waiting anxiously for her arrival. They exchanged a warm greeting after which the woman led the doctor up the stairs to a room in which a boy lay, pale and in obvious distress.

‘Thank you for coming doctor, I know you’re busy but I didn’t know what to do. Ebenezer’s usually such a healthy child but he seems now to be struggling with his breathing.’

‘It’s no trouble Mrs Scrooge – let’s take a look at him.’

The doctor knelt down by the bedside and smiled at the boy who managed to smile back. Ebenezer liked the doctor. He’d visited her a number of times over the years but this was the first time she’d ever visited him. The doctor asked a few questions and then carefully examined the boy, paying particularly careful attention to his chest. When she was done, she turned back to his mother and gave her the diagnosis.

‘I’m afraid it looks like we’ve a case of pneumonia on our hands. He’s really quite poorly and will be needing the help of my colleagues at the hospital. We best get him there as soon as possible.’

Scrooge looked on and wondered how she could say such a thing without a computer and a pulse oximeter to enable her to assess the risk of sepsis. She hadn’t appeared to even consider a CURB-65 score. None the less, a few phone calls were made and the doctor, placing her hand on Mrs Scrooge’s shoulder as if to say that everything would be alright, made her goodbyes, having given an assurance that an ambulance would soon arrive, an expectation Scrooge thought fanciful in the extreme.

‘Do you remember that day Ebenezer?’ asked the Ghost of General Practice Past.

‘I do,’ Ebenezer whispered, taken aback at how emotional he was now feeling. The spirit smiled to himself as he sensed that Scrooge was close to tears. He loved catharsis – catharsis was good.

‘She was such a lovely doctor’, Scrooge continued. ‘Always so kind and reassuring. She’d become almost a part of the family having visited so frequently during the last days of my father’s final illness. She always seemed to have time. It was because of her that I decided to become a doctor. The way she practised medicine caused me to realised that being a doctor was a wonderful job to have. She seemed to me to be a fortunate woman.’

‘A fortunate woman indeed,’ agreed the spirit. ‘A fortunate women and…’ he paused, thrown for a moment, ‘…a good chap.’ The spirit hesitated again and then added, as if to try and reassure himself, ‘She was a jolly fine fellow.’

With that the ghost again took Scrooge’s hand and soon they were once more travelling through the night sky. On and on they flew, until they came to a village hall decorated brightly with all manner of coloured lights. A Christmas tree strewn with tinsel and still more lights stood by the entrance. Inside, Scrooge recognised the staff of his GP training practice. Some talked, others laughed and a number danced enthusiastically to music provided by a band. All were clearly enjoying the opportunity to relax and have fun together. A portly man then stood up and called for a bit of hush. It was Dr Fezziwig, the senior partner of the practice and Ebenezer’s one time trainer.

‘A moment’s silence if you please everybody. If I might say a few words, thank you all so much for coming this evening. I hope you’re having a good time.’ He paused a moment and then, with a feigned suggestion of doubt in his voice, questioned the crowd, ‘You are having a good time, aren’t you?’

Those gathered gave the desired response with cheers and roars that left nobody in any doubt that indeed they were. Fezziwig continued. ‘I want to thank you all for your help this past year. The partners appreciate your hard work, doing what can be a very difficult job. We couldn’t manage without you.’ More cheers followed together with a few calls for a pay rise. Fezziwig then concluded by wishing everyone a very Merry Christmas and insisting that everyone took advantage of the free bar that he and the partners were glad to provide. ‘Only keep an eye on young Dr Scrooge. He’s a fine young doctor but Ebenezer’s not as experienced as we older GPs and I’m not sure he can take his drink! We don’t want a repeat of last month’s incident when he woke up naked on the delicatessen counter at Sainsbury’s!’

‘Now he does seem like a good chap – a jolly fine fellow,’ declared the spirit, beaming as if the natural order had been restored to where chaos had once threatened to reign. ‘He’s a good, fine, decent, jolly chap of a fellowy sort if ever I saw one.’

The Ghost of General Practice Past turned to Scrooge and looked him straight in the eye. ‘But what of him?’ the spirit asked drawing his companion’s attention to a young man who was accepting the gentle ribbing at the hands of the senior colleague he respected so highly. He was sat laughing alongside various members of staff with whom he was sharing a table.

‘I was so happy then,’ Scrooge told the ghost. ‘He was such a wise man and so willing to share what he had learnt. And we were such a great team, all so eager to support one another. Back then, there seemed to be so much more time. Why did everything change? And how did I become so resentful of the job I used to love?’

And in less time than it takes for EMIS to crash on a busy Monday morning, Scrooge was back in his room, alone with his thoughts. It was nearly two in the morning. 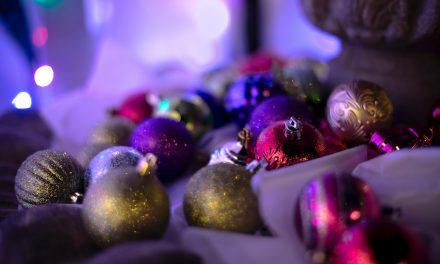 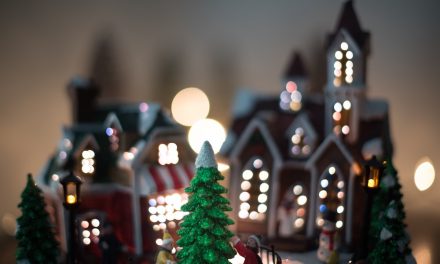 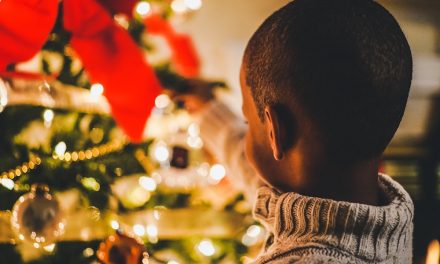 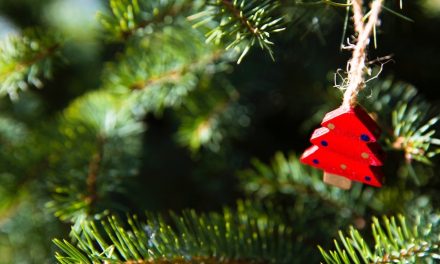