Hannah and Her Physician. Then and Now: What can we learn? 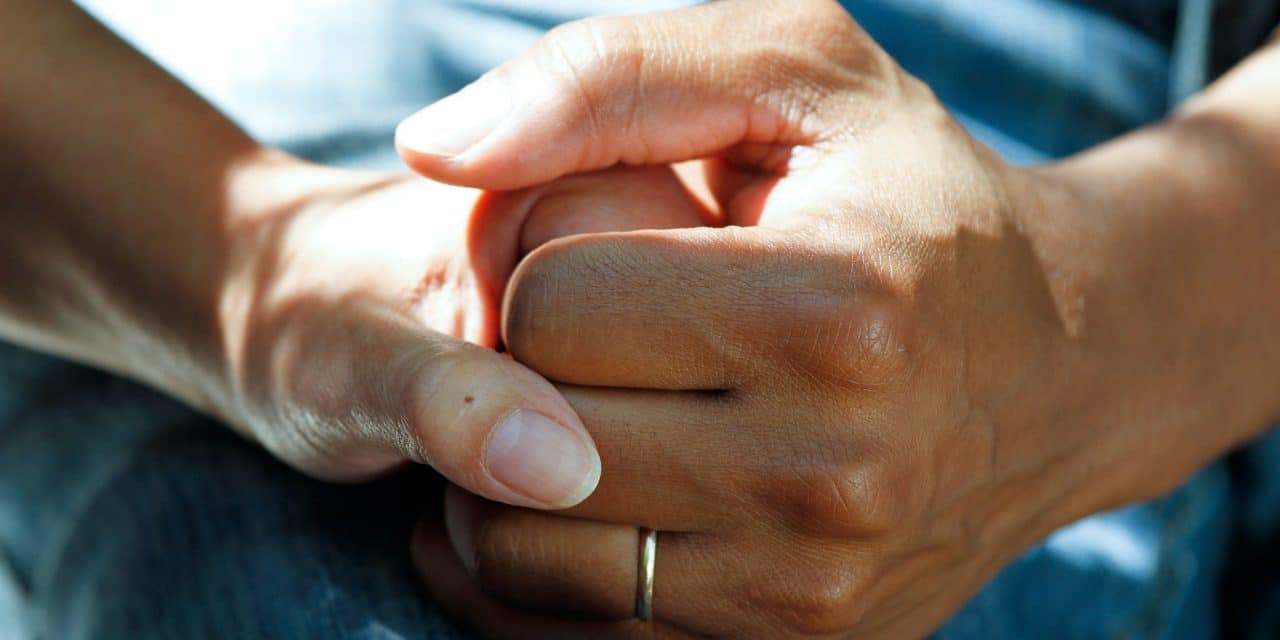 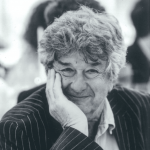 What have we lost in the relentless tide towards ever-greater specialisation and packaged healthcare?

“Human history becomes more and more a race between education and catastrophe.” HG Wells, The Outline of History. 1920 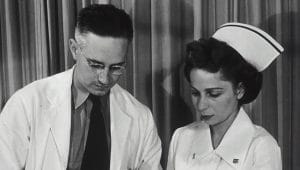 This cold winter is half-way through my first hospital job in general medicine. The late-Victorian smoked-blackened brick structure I work in provides the wide range of services that the many smaller general hospitals of the time then managed for their city localities. Their buildings and staff together endowed a smaller scale, closer proximity and familiarity that were experienced by local populations often with a sense of security, accessibility and stability. Within twenty years this hospital – despite fierce civil and professional opposition – would be closed, then rapidly demolished.

I join the cluster of white coats and crisply starched nurses’ bonnets and aprons that assembles outside the Sister’s Office. My Registrar is bent over the notes-trolley perusing the list of patients for this morning’s ward round. The Consultant – Dr A, a general physician – is listening to Abigail, the Ward Sister. His attention is focused and solemn, signalled by a slow, soft nodding of his silver-haired head. I approach them with careful deference.

I hear Abigail say, ‘I think we should see Hannah* first. She’s come in with a stroke. She’s mostly aphasic and has a fairly dense left-sided paralysis. But she seems very alert; she signalled that she wants to see you…’

Dr A looks at Abigail, who briefly touches the sleeve of his white coat, a small but strong sisterly commiseration. He says merely, ‘Of course…’, trailing this with a muted sigh. I sense their shared sadness. Dr A has an older-generationed circumspect formality and introspection of manner, but I see in his eyes warmth, kindness and compassionate understanding.

Dr A and Abigail lead the routine staff-procession toward Hannah who, propped up on pillows, sees us coming. She gestures anxiously to Dr A with her functioning hand: Don’t pass me by!

Dr A goes straight to the end of her bed, where we stall while he is briefed briefly about the essential medical details. As he approaches Hannah she extends her hand, wanting his physical contact. He takes her hand in his as he crouches so that he is close and their gaze is level. ‘It’s OK Hannah. We’ll take good care of you, I promise … always’, he says with slow, tender clarity. As he speaks she draws up his hand, to kiss it briefly. Dr A squeezes her hand as a reassuring farewell as Hannah’s eyes well with tears – of sorrow and, I think, relief and gratitude. I glance across to Abigail whose eyes, too, glisten with incipient tears.

Post ward-round, over coffee, I ask Dr A about Hannah.

‘I’ve known her nearly twenty years; soon after she came to this country.

‘I’ve known her nearly twenty years; soon after she came to this country… She’s had a lot of poor health with her chronic wheezy bronchitis, her many wrecked osteoarthritic joints and, in recent years, her diabetes … Her earlier experiences wrecked her.’

These are the mere medical details; I sense there is much more only alluded to. ‘She seems to have great faith in you’, I say simply.

He nods. ‘Indeed … that may be the most important thing I do for her. She and her husband Karl, but he died last year … in this hospital, on my ward … Dr Horowitz (Hannah’s GP) and I have looked after them for years…’.

This affirms, yet does not explain, what I have seen. ‘Oh’, is my sparse reply hoping, though, to signal a definite yet discreet interest: I sense Dr A has much more to say.

He checks my expression, then pauses, inhales and clears his throat. ‘Hannah and Karl survived the War, in Dachau Concentration Camp … they were among the few “lucky” enough to survive. But almost everyone they knew – their friends and entire families – perished…’ His voice fades and he gulps into silence.

I am thinking, ‘Dr A…, Dr Horowitz…, Abigail [the ward sister] these, together, are Hannah’s family now’.

Dr A seems relieved to share more details behind his painful responsibility: how Hannah and Karl had met and bonded in their brutal captivity; how their devotion to one another’s survival had given them both a sense of purpose, hope and freedom; the damage done to their bodies and minds by the murderous working and living conditions; their irreparable grief for the loss of family and their inability to regenerate; Hannah’s then-solitary grief for Karl’s death…

As Dr A describes this I feel a great swell of affectionate sweet-sad respect for this disciplined and usually undemonstrative man.

‘Does Abigail know this story?’, I ask.

‘Oh yes. She’s been my ward-sister for nine years now. Abigail is such a mensch… Hannah is almost always admitted to our ward…’

I am thinking, ‘Dr A…, Dr Horowitz…, Abigail: these, together, are Hannah’s family now’.

I am aware that this is my last stretch of my last NHS post; I am savouring the fading vestiges of my marathon role. I still retain a rather grand and archaic designation: Physician in Psychological Medicine.

Dr G, a soon-to-be-retired Gastroenterologist, is an old colleague of mine. He has asked me to see a complexly polysymptomatic woman, Mrs P, who includes a disabling intestinal complaint among her puzzling medley of problems. Dr G thinks many of her complaints are largely functional and wants my help in deciphering.

I now rarely visit the ward in this massive hospital, which has doubled in size alongside the serial reforms of the NHS of the last three decades.

The ward now is cubicled with a central nursing and clerical station. The nurses are identifiable by their pale blue work-pyjamas; the casually-dressed doctors by the stethoscope drooped around the neck. The work-stationed nurses are gazing at computer screens. I ask them if Mrs P is a patient on this ward and, if so, where she is. They first look blank with ignorance then, I think, irritated with my distraction. One of them relieves the impasse by locating the patient on the computer system: ‘Ah, yes. Here she is. She’s the one in Bay C3’, she says with alacrity. Distraction dispersed.

No-one here seems to know Mrs P or much about her.

No-one here seems to know Mrs P or much about her. Over the years I have had to adjust to the explanation for this: the nurses are often supplied by different commercial agencies, or are training-posted short term by a university, or are expediently moved to that ward from another – all at the behest of a central nursing office. The hospitals’ own Nursing School – an erstwhile source of stability and belonging – was closed about twenty-five years ago. With the loss of such anchorage, heritage and identification we may have rendered a more mobile profession, but it is certainly more alienated and fragmented: is this nursing station’s oblivion of Mrs P evidence of this?

I ask to speak to a young doctor, Dr Y, who has just finished a ward round with a Consultant and nursing staff: they, too, are all unknown to one another. They are administratively converged by their respective complex rotas: Dr Y’s work schedule is balanced capriciously between the swirling training placements required by the increasing number of specialties, the mandatory restrictions of working hours directives, and the hospital’s need to plug staffing gaps. The patients are, similarly, frequently shifted between wards to expedite human traffic flow. Dr Y is affably apologetic: ‘I’m ever so sorry. I’ve not seen Mrs P before this morning. We can look through her medical records together, though…’

Dr Y … Consultant and nursing staff: they, too, are all unknown to one another.

This we do. Her voluminous records document many years of ricocheting referrals involving numerous specialists, investigations and procedures. She is currently under six different specialists: each team, in accordance with its corporate requirements for contractual compliance, cleaves strictly to similar protocols and proformas. On this carousel of specialist teams there is no space for – no value placed upon – personal continuity of care. It is Dr G alone who seems to realise that we ant-like, task-dependent medics are recurrently missing the individually-sensed human subtext – a deciphering that might bring a greater creative and quelling sense to Mrs P’s kaleidoscopic complaints.

So Dr G, old-schooled and at the edge of retirement, refers Mrs P to me hoping that, despite my similar time-expiring foothold in the NHS, I might still provide her with the kind of bespoke, longer-term guided support that she might need.

When I talk with Mrs P I am heartened by Dr G’s perceptiveness and ethos of care. Mrs P’s life-travails haunt her hazardously: they are major determinants of her illnesses. No, she has not shared these hauntings with her many doctors. ‘They don’t seem interested in such things … they seem so busy, and I rarely see the same one again … I’ve never had this kind of conversation, ‘til now …’, she says with sadness, relief and expectant gratitude.

‘They don’t seem interested in such things … they seem so busy, and I rarely see the same one again.’

But I know that I, too, will soon be gone.

I am thinking how much better the better parts of the NHS I witnessed and worked in dealt with such human-medical problems in 1970 than in 2020. Hannah had Dr A, Abigail and Dr Horowitz to look out for, and look after, her. But how will Mrs P find anything similar in the high-revving, multi-teamed, pass-the-parcel clinical care of a current giant hospital?

And what of the ever-larger, corporatised, no-one-knows-anymore-but-just-do-as-you’re-told general practice?

What will she find there?

*The source ‘documents’ are diarised notebooks I started writing after medical qualification in 1969, not written in a form for publication. The case histories have been duly disguised. 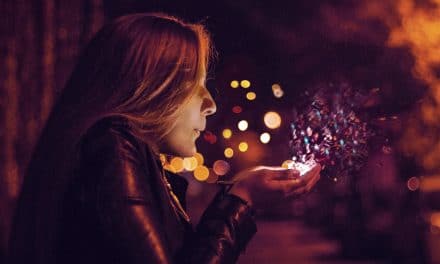 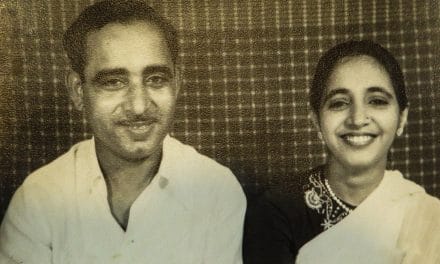 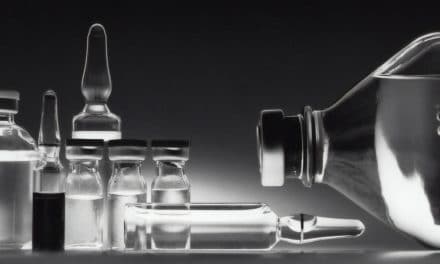 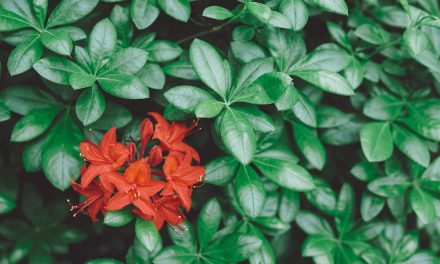