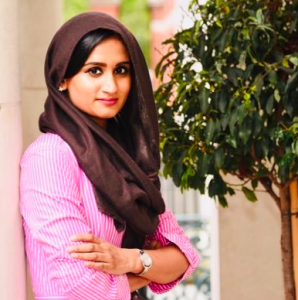 Ahmeda Ali is a GP in Ireland.

Ahmeda’s essay was one of the Sheppard Memorial Prize winners at the Republic of Ireland Faculty Winter Meeting. An abridged version will be published in the BJGP and here we present the full essay with a reading from the author, Ahmeda.

‘May the radiance and beauty of their lives never be defined by their death.’

The ripple effect. Affects not only the victim, but affects all—leaves no one unscathed.

Suicide does not take away the pain, it gives it to someone else.

Does one ever truly get over a suicide loss?

Suicide is a leading cause of death, particularly in young people, both in Ireland and worldwide. An estimated 1 million people die by suicide worldwide each year. However, attempted suicides are much more common than actual suicides. Approximately 12,000 people attempt suicide each year in Ireland.

The whirlwind of events started during my journey to work.

I started my daily rituals, the key in the ignition, ready to go—ready to even make a small difference in one person’s life. I methodologically hummed a small prayer under my breath—hoping and praying to do no harm. I unapologetically cross my fingers and would cross my toes if I could, knowing deep within that superstitions follow us everywhere.

I continued to drive. I arrived at my practice, started my computer.

One of our receptionists rushed into the room, with a frantic expression.

‘Ahmeda, you need to have a look at this.’

She was talking, passing on patient details. The name sounded so familiar, but yet a distant memory.

I was trying to picture the patient and reignite my memory. I felt totally clueless. I had no idea whom she was talking about. She then continued to describe what had happened, and I remember just seeing her mouth move but not hearing what was being said.

I turned and shut the door. Close the door, the easiest way to shut the world out.

In my mind, I registered a ‘lesson’ for myself – never undermine the ways of body language; an artistic writing tool.

I prepared my doctor’s bag, unsure of what I should take to handle the situation. I called through to our practice nurse, hoping she would join me for moral support. She was pregnant, and I felt selfish asking her to join me, but she was more than happy to come and assist. I let out a big sigh of relief.

We arrived at the lake, the still water so calm. Rays of sunshine slowly touching the cool water. An eerie sense of peace, of calm. Yellow tape surrounding the tall trees. I ducked under the tape, tightly gripping my pristine dark brown doctor’s bag.

‘Seventy-eight year old male, found in the lake a few hours ago by her son-in-law.’

The daughter had noticed her mother was missing from her bed around 4 a.m., and they had all gone out to search for her. I assume that this was my patient’s last ever stroll.

Her last stroll out to the wilderness, where she did not want to be found.

The police had a body bag ready for me and slowly unzipped the plastic bag.

Yes, that was her.

That was my patient.  Margaret Reilly, petite woman whose brown hair, usually so neatly combed, was now ruffled. Her eyes wide open. On her left hand, her watch, clock hands stopped.

Time had stopped for her.

She was wearing her usual deep purple coat, thick enough to keep her warm but not thick enough to protect her from ending her own life. Underneath her purple coat, a beautifully made cardigan, which she had probably knitted herself. I remembered how she had come to see me about her ‘dry eyes’ and I was taken back how our conversations led to her passion about knitting jumpers. Can conversations change lives?

What was a warm sunny day now started to feel very cold.

Maybe if I spoke my findings aloud, it would confirm the reality of finding my patient.

A verbal assessment was made. On general inspection, pale and wet with no obvious signs of life.

No response to verbal stimuli.

No response to painful stimuli. No carotid pulse palpable.

Pupils fixed and dilated bilaterally. No heartbeat or breathing sounds noted during three minutes of auscultation. There was a long pause.

And all that remained, were memories slipping through the frail hands of time.

That was it. My first death certification in the community.

When we were on-call in the hospital, we were usually certifying the deaths of patients we didn’t personally know. Patients with whom we hadn’t developed a bond. This was different though.

A suicidal death. A meaningful experience.

As a general practitioner, I was her doctor, and she was ‘my’ patient. I was to advocate for her physical and mental health. I was her advocate, and my goal was to look out for her best interests.

The core to being a general practitioner. But, look at how I had failed her.

Subsequently, I found myself questioning; why was I not able to identify her problem before it got worse? Why hadn’t I been able to recognise her hopelessness? Her demoralisation? Her desire for a hastened death? One good conversation can shift the direction of change forever.

I hopelessly looked around to catch a glance of her family, so I could offer my condolences.

They were nowhere to be found. I could not express my sorrow for their loss.

I could not convey my message and tell them that they were not alone in their grief.

I rushed back to the surgery in the knowledge that I had patients waiting, eagerly waiting for their problems to be solved. I saw the next patient, and then the next. No stopping me. The best way to deal with grief is to work hard, and even harder, and to keep going—or so I thought.

No time for housekeeping. We keep trying to put out the fires, trying to douse the fire with sprinkles of ‘holy’ water.

A tall young man entered with his mother. During this consultation, with each word, the sentences became heavier. He explained how his presence had no meaning, and that his absence will not make a difference. He voiced his suicidal ideation and how he had carefully prepared his manual for dying. He explained how he had saved up his euro cents to pay for his funeral so he would not be a burden for his family. His eyes were missing the shine; I was pondering that for him to feel like this, what had he lost this time?

Sitting in front of me, his mother began to wilt.

I was a mere bystander witnessing the deep abyss of his mother’s heart. Witnessing what true strength looked like. I paused for a moment and reflected on the fact of encountering a suicide that very same morning and now having the ability to potentially prevent another suicide. Do I dare to reach my hand out into the darkness, to pull another hand into the light?

For the next few days, I kept thinking about this ‘life lesson’, and at times I had felt waves raging inside of me  and wondering how long do I wait for all this to fade? I was telling myself, to be patient, growth is tender, the ground is heavy, and this will take time.

May we as general practitioners become the voices of our patients who are disheartened, discouraged, depressed, and deceased?

Can we as general practitioners look for places to put our pain?

Do we reach a stage where our well-earned resilience is tested?

No one ever told me that grief can very much feel like fear.

At the risk of sounding cliché, I have learnt that we need to empower our patients to voice their thoughts; we need to listen to our patients and support them through whatever they may be going through. What an honour and immense privilege it is for us general practitioners to be trusted and welcomed into our patient’s circle.

Going forward, I vow that I will hold patients words ever so gently, so that when they hand over their heart to me through words I will understand that they have been through a lot.

The quieter I become, the more I will hear.

Having experienced this, I now have learnt that as a general practitioner, we also need to look after ourselves after events such as a suicide in the practice. Does that sound selfish and egotistical?

No, because if we take care of our emotional health and look after ourselves,  doing so will help us take better care of our patients. The evidence is crystal clear; the doctors who enjoy good mental health and are ‘engaged’ achieve better patient outcomes.