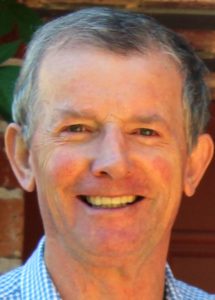 Tom Brett is Director of the General Practice and Primary Health Care Research Unit at The University of Notre Dame Australia School of Medicine in Fremantle Western Australia and a GP in Perth.

Martha was ninety-five when she presented to my general practice clinic with recent onset of lethargy, shortness of breath, loose bowels and pallor. I had known her as a patient for fifteen years. Widowed for over 25 years, she had moved from the family farm to settle in the city close to her children. Blood tests taken three years earlier showed normal full blood count with haemoglobin of 13.4 g/dL plus normal renal function and liver function tests. She was a determined and independent woman preferring to live alone and apart from some osteoarthritis, hearing loss and controlled hypothyroidism, was in excellent shape for her age.

I arranged blood tests including full blood count, iron levels, thyroid function tests as well as renal and liver function tests. Most notable was a haemoglobin of 8.0 g/dL and ferritin on 8 ng/ml. We talked about the likely causes for her tiredness, pallor and low blood count with a large bowel tumour a potential cause. I referred her to gastroenterologist who initially considered iron deficiency anaemia as the most likely cause. A flexible sigmoidoscopy two years earlier found a small polyp in the rectum. He arranged CT colonography as both he and the patient were reluctant to undertake more invasive investigations in view of her age. The CT showed a lesion in her ascending colon consistent with bowel cancer. Liver, spleen, adrenals and kidneys looked normal. A referral to bowel surgeon was made.

Our joint aim was not to prolong life just for the sake of it.

On her next visit to my clinic, Martha was accompanied by her daughter and both were of the view that she was too old for surgery and would prefer conservative treatment and palliative care as needed. We had a long, open-ended chat about what the future might hold for her. I suggested that in view of her fitness and good mental state that the surgery option be kept at least partially open for now. I saw Martha and her daughter weekly for the next few weeks and we continued our dialogue about the likely future direction of her illness and what might give her the best quality of life in her remaining years.

I felt Martha and I had a good patient-doctor relationship and I respected her right to make her own decisions while at the same time I felt obliged to ensure such decisions were in her own best interests. Together with Martha and her daughter we reflected on how best to ensure that quality of life in her remaining years was paramount with minimising harm and future suffering further aims.

Both Martha and her daughter readily agreed that her mental state and general fitness were excellent and that the best possible future care for her was not entirely dependent on her advanced age. We discussed the risks and benefits of a conservative approach versus a surgical approach with curative intent. The specialists felt her bowel cancer was likely to be Duke’s B. Martha and her daughter fully understood that the localised nature of her cancer would allow a high probability of successful surgery and further treatment with chemotherapy or radiation would not be needed.

Our joint aim was not to prolong life just for the sake of it. I felt obliged to point out that non-treatment would most likely lead to cancer progression and significant disease burden and discomfort in the years ahead. On the other hand, active surgical treatment would effect a cure albeit with some discomfort in the short-term but she could expect to be fit, mobile and independent again after a few weeks recovery time.

.On her next visit to my clinic, Martha told me that she had decided to have surgery after all and ‘let’s get on with it!’ She gave me one of her mischievous smiles while I had some internal reflection along the lines of – ‘I hope all this goes well!’ I informed the bowel surgeon of her decision and arranged an appointment. A colonoscopy followed a few days later which confirmed locally confined cancer of the ascending colon. Next day, Martha underwent a successful laparoscopic right hemicolectomy followed by two weeks rehabilitation in hospital prior to her discharge home.

Three weeks after her surgery, she walked into my clinic looking much like her old self except the smile on her face was now more than a grin. I resisted saying “I told you so!” She proceeded to make an excellent recovery, celebrated her one hundredth birthday at home and lived to be one hundred and four. There was no recurrence of her bowel cancer. Her self-care capacity declined in her final years and she needed nursing home care.

Patient autonomy, beneficence, non-maleficence and justice are generally regarded as the four major ethical principles for decision making in medical practice.1 Sometimes a little old-fashioned paternalism can play a role and should never be totally excluded. Martha’s smile told me that together we got that bit right. There is some art left in medicine.

A very uplifting story , thank you for sharing

That’s a beautiful story. I tell a similar tale in the opposite direction about a very young girl who had an unplanned teenage pregnancy. I spent many repeated consultations urging that termination was far and away the best option: she would be ostracised from her family, ruin her stellar projected career, the father was absent etc etc.

30 years later, I continue to care for that family and the gorgeous most adored, cherished baby, now grown-up with 2 loved children of her own. Amazing how wrong one can be.

professional time and continuing friendly interest shown in this case obviously resulted in a very happy patient.It is also helpful to have a senior rational person on the receiving end