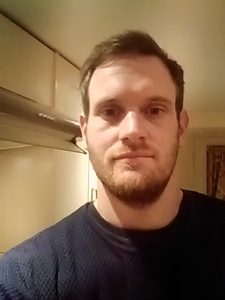 John Porter recently completed his GP training and is enjoying living in Bath and working as a salaried GP in Bristol.

There are items of equipment without which a GP in clinic cannot function. Top of this list comes a stethoscope. Closely followed by an ophthalmoscope or otoscope.

As I neared the end of GP specialist training the time was nearing to hand back the practice supplied equipment and to put a hand in my pocket and buy an ophthalmoscope/otoscope of my own. A few hundred pounds, this tends to be the most expensive item needed to get started after training.

With my credit card about to take the hit I got talking to a friend who had returned from working as a doctor in Uganda and was continuing to use a novel ophthalmoscope/otoscope designed for use in developing world environments in his work as a NHS hospital doctor.

After giving it a once over my initial impression was that the Arclight device worked well. (www.arclightscope.com). I could see the benefits the novel lightweight device would have when used in areas of the world where its inexpensive price and the lack of need for batteries is an advantage, and wondered if it also had a place in the bags of GPs in the UK.

A medical revolution- the #arclight is low cost tool which could save sight of millions @StAndMedicine @VISION2020UK https://t.co/eNoJFVf2Ip

Out of personal interest in low cost and innovative technology I acquired and distributed 36 devices to both qualified GPs and final year trainees to find out more (mean clinical experience was 11 years).

I started with questionnaires to gain insight into what GPs thought of their current kit. What I found was that the vast majority of GPs who took part used their ophthalmoscope between 5 to 10 times per week. Their confidence in ophthalmoscopy using their regular devices was 6.4/10 (mean), with a range of 4/10 to 9/10 (1 being no confidence and 10 being very confident). In otoscopy confidence was 7.8/10 (mean) and ranged from 6/10 to 10/10. Problems with batteries and bulbs, being cumbersome to take on visits and expense were widely shared complaints.

Arclight devices were trialled in clinics for 6 weeks. End questionnaires found confidence in ophthalmoscopy using Arclight scopes was 6.9/10 (mean), a range from 3/10 to 9/10. Confidence in using the Arclight scope for otoscopy was 8.1/10 (mean) and ranged from 6/10 to 10/10.

Users found that the Arclight scope’s light weight and small size was beneficial to them in general practice, as were the bright LED lights which were found to stay consistency bright. Suggestions for improvements in the device included making USB charging less fiddly and improving the stability of the otoscope ear pieces when fitted. 75% of users said they would continue using this device after this trial and 92% would recommend the device to a friend.

It would appear that the Arclight ophthalmoscope and otoscope device would be very welcome in GP bags (and I would anticipate around the necks of hospital doctors and medical students).

Interestingly I found user confidence with the Arclight scope better than that reported from the traditionally used more expensive and cumbersome devices without their frequently encountered battery and bulb problems.

Of note neither I nor my friend Keir Philip have interest invested financially or otherwise in Arclight ophthalmoscope/otoscope devices, we’re just intrigued by this sort of thing!

Found poetry: a creative approach to illuminate the findings of qualitative research

Medical Semantics – What’s in a word?

Although the GPs may well be aware that the ‘climate emergency’ is also a ‘health emergency,