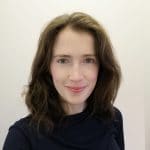 Claire Norman is a GPST3 in the North East of England, currently undertaking an academic extended integrated training post with Newcastle University. She is on Twitter: @clairenorms.

‘I’m really sorry, it’s just something we have to ask everyone, but you’ve not had any thoughts of hurting yourself or anything like that have you?’

I cringed as I read the article by Ford and colleagues that had somehow found its way into my Twitter feed,1 seeing my own half-hearted phrasing reflected back at me.

I generally consider myself alright at mental health consultations and often find the need to directly ask these questions quite clunky, preferring to rely on my rapport with the patient, the history of their distress, and an instinctive impression of the seriousness of the presentation.

Like a lot of the doctors in the recorded consultations that the research team analysed, I ask them — but I’m not asking them in a way that invites a ‘yes’.

Talking about suicide and self-harm has therapeutic value beyond risk assessment.

We have it drummed into us that asking about self-harm and suicide is one of the key parts of a mental health history, particularly in patients presenting with depression. However, some of us worry that it might interrupt the flow of the consultation, or even put the idea in their head.2

That’s not ideal. At the same time — what if we ask it and they say yes? That’s going to be awkward. What do we do then? Spend an hour on the phone to Crisis? Can’t really be having that either. And they’re probably fine anyway, they seem fine. Perhaps this is partly why we frame the question in the way that is seeking a negative answer. Sure enough — a ‘no’ answer was found to close down the conversation around self-harm in nine out of ten cases in the study.

I’m not suggesting that all GPs are as awkward as me about this and I’m sure some people do it excellently, but clearly there is room for improvement. For what it’s worth, the psychiatrists aren’t much better.3

Ford and colleagues remind us that the point of this question is not for medicolegal box checking. We want to know if the patient is suicidal so that we can help them. So that we can assess the severity of their illness. A positive answer may or may not result in a lengthy phone call to the Crisis team — but generally not, I’ve found. Talking about suicide and self-harm has therapeutic value beyond risk assessment.

Since reading the article I have actively changed my practice (not many journal articles can say they have that effect!). Now I frame it as something along the lines of ‘Sometimes when people are feeling low and down like this, they have thoughts of hurting themselves or ending their life. Is that something that you’ve experienced?’. Within a week I’d had a 4 from 4 positive answer rate. Eek.

… for those who have been grappling with dark thoughts and loss of hope, a concerned clinician … could make all the difference.

And yet, we talked about these thoughts and the consultation wasn’t horribly awkward (or several hours long). The patients had these thoughts, they were already aware of these thoughts, and for the most part they had developed strategies to stop the thoughts developing into actions.

For those who didn’t have any strategies we talked about the role of the Crisis team, but also that of the practice mental health worker, the Samaritans, and the Calm Harm app. It all felt a bit more meaningful than bunging a ‘OK that’s great, but if you do have any thoughts like that, then here’s the number of the Crisis team’ on to the end of the consultation.

Most people sitting with thoughts of suicide and self-harm are aware that they’re having them. A clinician asking about it sensitively is unlikely to make them think ‘you know what? I hadn’t thought about hurting myself but now that you’ve mentioned it, I think I will!’. Those with milder illness might brush it off with a ‘goodness no, nothing like that’ — and that’s fine.

The consultation will move on and not be irreparably damaged. Even people who are mentally well know that some people with depression die by suicide and will see it as an appropriate question to be asked. But for those who have been grappling with dark thoughts and loss of hope, a concerned clinician who frames the question openly, who appears to genuinely want to know the answer and work together to come up with a plan for safety seeking behaviour — that could make all the difference.

We need to move past our own awkwardness and discomfort with the question, because at the end of the day this consultation is not about us.

[…] Claire Norman wrote an article about how she asks whether her patients think of self-harm or suicide. It is very welcome when […]