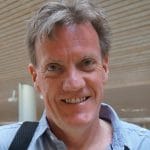 In March last year I was looking forward to my retirement but it soon became clear this should be postponed as wave one of the pandemic took its hold. My offer of help was accepted by a PCN in West Cumbria where they were severely depleted in GPs and I was asked if I would work at their Red Centre. The team were outstanding. It had a wide skill-mix, drawn together through a combination of their Same Day Service, sessional GPs, nursing staff and HCA seconded from local practices all working from a GP surgery that had been requisitioned to set up this new service. The co-op spirit that was so evident in the team had played a key part in the development of the ‘not for profit’ enterprise that now ran most of the GP surgeries in the area. GPs who for many years had run their own small businesses were now salaried employees, still leading their practice teams, but now part of a larger healthcare organisation seeking to improve the health and wellbeing of this significantly deprived part of Cumbria.

I was able to witness the tremendous goodwill and co-op spirit … of staff from various GP surgeries …working alongside an army of volunteers.

Retirement finally came in July last year but then wave two of the pandemic arrived and I was asked if I would return to help out again at the Red Centre. Having managed to overcome the enormous bureaucratic obstacles involved in returning to the Performers List, I was back at work in mid-January. This time the Red Centre was immediately adjacent to the vaccination hub where I was able to witness the tremendous goodwill and co-op spirit, not only of staff from various GP surgeries but also from community health teams working alongside an army of volunteers who together processed hundreds of patients to receive the precious jab. In many ways, this seemed to capture the very intention of PCNs described in the Network Contract which states that ‘The success of a PCN will depend on the strengths of relationship, and in particular the bonds of affiliation between its members and the wider health and social care community who care for the population. Non-GP providers will be essential in supporting delivery’.

So where now for general practice? For me it will certainly be an exit from the profession that has provided me with an incredibly rewarding as well as a challenging career. Like many GPs it was the relationship-based approach to medicine that drew me to this specialty, but the close team working and community connection were also very appealing features. Over the 35yrs of working as a GP I have seen the concept of team working change dramatically. Group practices were well established when I started as a GP partner, but practice nurses were relatively new. The skill mix within GP teams has steadily increased over the years which has enriched the offering to our patients but also challenged the concept of where the specialty of general practice starts and ends. What has become increasingly clear is that the work of improving the health and wellbeing of our patients is something we cannot do on our own but is a collective effort. Surely one of the founding principles which led to the setting up of the NHS in the first place.

Although health had improved … there were widespread inequalities and that the main cause of these were economic factors.

I was still at medical school when the Black Report was published, which demonstrated that although health had improved since the introduction of the welfare state there were widespread inequalities and that the main cause of these were economic factors. Since then, the social determinants for health have been increasingly clarified whilst the inequalities have remained stubbornly persistent or have even increased. General practice has recently been encouraged to embrace the concept of working in Primary Care Networks which require us to reach beyond acting as advocates for our registered patients and to act collectively as advocates for our local communities. One of the most gratifying projects I was involved in as a GP lead for one of the Integrated Care Communities in North Cumbria (a predecessor to the PCNs) was to seek to address the significant problem of fuel poverty in our area. This involved GPs working with our district council, public health as well as third sector and an electricity provider to set up a single point of contact, as recommended in NICE guideline NG6 , to help address this problem which significantly contributes to excess winter deaths. We had already set up a social prescribing scheme which resulted in many patients who regularly attended GP surgeries receiving personalised support for their problems which were largely or wholly unrelated to medical matters. This for me seemed to give a glimpse into an exciting and far more effective approach to working in a massively extended team, but still working as a GP.

This … seemed to give a glimpse into an exciting and far more effective approach to working in a massively extended team.

As we emerge from the pandemic, I am hopeful that we will discover something of the ‘Spirit of ‘45’ which led to the formation of the welfare state and the birth of the NHS. The example of the GP-Led vaccination programme is graphically illustrating the synergy and even the passion of GPs, working closely with their colleagues and communities to improve the health and wellbeing of their patients. It might be that some PCNs will recognise that the enhanced service payments that they will receive has been through the dedication and hard work of a workforce well beyond the GP or the practice teams. Some may even follow the lead of Astra Zeneca, the pharma giant, that has chosen to provide their vaccine on a not-for-profit basis, recognising that it has been produced as a collective effort of business and academics alongside substantial government and philanthropic funding support.

I will miss general practice. I will miss it a lot, but my overwhelming desire is that this specialty that has inspired and exhausted me in equal measure will be able to evolve and adapt and continue to be the ‘bedrock of the NHS’ for many decades to come.

Despite Coronavirus, General Practice is still the best job in the world.