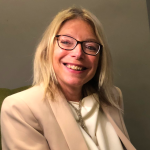 Jane H Roberts is a GP Partner in Liverpool, Youth Mental Health Commissioner, Coach, and Mentor. She is on Twitter: @Jane_0308

To be able to construct a book about the journey of a transplanted heart, which is both scientifically credible and heart-rendingly sad, and leaves the reader feeling as if they had surfed a wave, might seem impossible, implausible maybe. Yet this is exactly what Maylis de Kerangal, a French journalist and writer, has achieved in her novel Mend the Living, awarded the Wellcome Book Prize in 2017.

The book is a breath-taking read. It is a story of biology written in poetry grounded in the bodies and personal back stories of its principal actors; grieving family, a patient donor recipient, and a cast of medical and nursing staff at once both consummately professional and humanly flawed.

The arc of the narrative is shared with the reader on the cover of the book so no spoilers here. It is the story of a young man’s heart as it leaves its primary ‘owner’, 19-year-old Simon Limbeau, after a head injury renders him brain dead. Simon is passionate about surfing, about pursuing that moment when the universe pivots on a surf board and time is suspended, his body at one with the elements. He is in love: with Juliette, with his friends, with exploring his Maori culture, with his family, with life. And in one brutal moment, as his head hits the dashboard, his life force is expunged and his parents left bereft, soon to face the decision regarding whether they agree to donate his organs for transplant.

“The book is a breath-taking read. […] a filmic, memorable story that will leave its traces on the reader as the coastline is shaped by the sea.”

Placing the healthy heart at the centre of the novel, de Karangal follows its journey through the actions and lives of the actors involved in its passage. We first meet the admitting ER doctor, Revol, who for 30 years has ‘been working in death’s vicinity’ and has an interest in hallucinogenic plants. He hands over the story’s golden thread to Thomas Remige, who is head of the organ donation unit and owner of a goldfinch purchased in Algiers — the player who will work with Simon’s separated parents to agree to the transplant. Key at the start of the heart’s journey, Remige is also centre stage at the end, making sure that the family’s parting messages are whispered into Simon’s ear and that his hollow body is reconstituted to appear whole again despite the surgical carnage that has seen his lungs, liver, and kidneys harvested along with the heart.

The narrative links together other medical personnel like relay-race runners. We meet Harfang, a ‘demigod’ born from an elite medical dynasty, a patrilineal filiation of five generations whose progeny we have all met in our medical careers. They are the dashing swash bucklers of medicine who ski, run marathons, and lead punishing cycle trips at dawn, creating envy and resentment among their colleagues in equal measure.

The cast also includes Virgilo Breva, a working-class, Italian-born surgeon who is frustrated at missing the football game on the evening of the transplant; Martha Carrare, chief of staff at the national biomedical agency responsible for allocating donated organs, who has a nicotine and hamburger addiction and feels her daughter is losing her identity in her short marriage; and other equally fascinating and utterly believable characters.

“Emotion courses throughout the book. At times a sweeping arc, a sinuous wave, at other times constrained and contained … “

We are introduced to Claire, the donor recipient, a woman in her late 50s who was diagnosed with myocarditis 3 years ago and is now terminally ill with cardiac insufficiency. Claire lives alone, has three grown sons, the youngest her most loving, and a desire to live despite her insurmountable fatigue. Protocol prohibits her from knowing the identity of her donor; her persuasiveness means Harfang lets slip that the donor was a male from Seine-Maritime but no further information is exchanged. She is left to wrestle alone with the perturbing notion of facing life to be lived with another’s heart.

Emotion courses throughout the book. At times a sweeping arc, a sinuous wave, at other times constrained and contained with the focus on the pragmatic task in hand; nothing less than the saving of one life as another ends. Grief is the greatest current and the pain of Simon’s parents and girlfriend are visceral in their heft. This book will move you. It will also make you think, question, and wonder. The philosophical considerations of living with a donated organ are a pulse throughout the journey of the heart.

De Kerangal may not be medically qualified but she has gifted her readers a book unparalleled in its deft handling of death and transplantation, and the emotional web weaved into such a scenario. Her luminous prose, constantly ebbing and flowing, has created a filmic, memorable story that will leave its traces on the reader as the coastline is shaped by the sea.

Found poetry: a creative approach to illuminate the findings of qualitative research

There is an enormous body of information on diet and nutrition, but how do you know