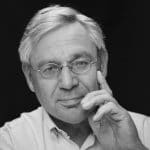 Dick Bijl is a former GP and epidemiologist in Utrecht, the Netherlands. He is currently president of the International Society of Drug Bulletins. He is on Twitter: @BijlDick

Peter Gøtzsche’s new book meets patients’ need to get tools on how to deal with psychoactive drugs and, above all, not to start them.

Gøtzsche is very clear about the role of GPs in medicalising grief, misfortune, opposition, and bad luck. In this he finds the American emeritus professor of psychiatry and chairman of the DSM-III committee, Allen Frances,1 at his side.

Both Gøtzsche and Frances have repeatedly stated that psychoactive drugs should not be prescribed by GPs because they lack experience in their use. And above all, unhappiness, grief, and bad luck are not signs of brain disorders, they belong to daily life.1

Gøtzsche advises you not to go to your GP if you have mental health problems. Because doctors are trained to prescribe medicines, there is a good chance that you will suffer damage, if not in the short term, then in the long term.

Gøtzsche states that if a psychologist doesn’t work, remember that doing nothing is usually better than going to the GP.

Gøtzsche states that if you have been to your GP and received a prescription for a psychiatric drug, do not go to the pharmacy. Instead, find someone who is good in psychotherapy and counselling and can talk to you, a psychologist, for example. And if that doesn’t work, remember that doing nothing is usually better than going to the GP.

This is an extremely serious observation. For many years GPs were the gatekeepers of health care in western countries and they learned in their training to explore the question behind the demand for help, use targeted treatments, and prescribe few medications. In my country, the Netherlands, with a population of around 17 million people, GPs were once world champion in producing guidelines, and watchful waiting was a guiding principle for many complaints and diseases. Now, more than 3 million people use these drugs.2

That path has been abandoned and now the prescription for a psychiatric drug is the way to treat mental health complaints and problems. This is one of the explanations why so many people use psychoactive drugs.

Psychoactive drugs sedate4 and have other serious side effects such as personality changes, weight gain, persistent sexual dysfunctions, aggression, murderous behaviour, and suicide.

Most [psychoactive drugs] do not work — they might only achieve statistical significant differences compared to placebo, but that’s not what patients need.

Independent researchers, like the British psychiatrist professor, David Healy, who has studied these drugs for many years,5 have shown, and have alerted the European Medicines Agency, to the problem of post-SSRI sexual dysfunction, which can persist years after drug cessation.

Stopping the consumption of psychoactive drugs can be extremely difficult for individuals. Especially in regards to antidepressants, which can cause severe withdrawal symptoms and can be easily confused with the return of depression.

Tapering strips have been developed to help patients overcome these problems and there is growing evidence that they help patients in a simple and cheap way.6 Yet, most health insurers are not very helpful in reimbursing these strips, thereby harming those with small purses. Gøtzsche’s chapter on the tapering or withdrawal of psychopharmaceuticals contains useful advice for both doctors and patients.

In my experience, most psychiatrists deny the problems and side effects of psychoactive drugs, referring to product information that does not reflect current scientific knowledge. An international perceived problem is that psychiatrists refuse to discuss problems associated with randomised trials of psychoactive drugs and instead direct ad hominem attacks at those who raise questions.

Lack of efficacy and serious-to-very-serious side effects suggest that the end of biological psychiatry is in sight now that medicines, and especially psychoactive drugs, are increasingly associated with the third largest cause of death after cardiovascular disease and cancer.7

Gøtzsche maps out the problems and contributes solutions, especially for young psychiatrists. The advice for patients is clear: take matters into your own hands. Find fellow sufferers, unite and share your experiences.

Gøtzsche ends with 15 proposals for politicians, administrators, patients, and doctors to improve the treatment of mental health problems. Psychologists play a very important role in this and I hope that they will increasingly claim that role as it has been shown that psychotherapy leads to good and better results in the long term, without the side effects associated with drugs.

What do we want of doctors beside biomedical science?

The changes we learned to love in the time of COVID