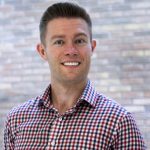 Throughout his 2019 New York Times best seller, Range: Why Generalists Triumph in a Specialized World, David Epstein mounts a valiant attempt to disabuse the reader of a commonplace yet seemingly inaccurate tenant of pop-psychology: that choosing to specialise — and doing so early — is an essential decision in the pursuit of true excellence in any domain.

The former ProPublica and Sports Illustrated reporter completely and compellingly throws out the notion that, to ascend as a Nobel laureate, musical virtuoso, or sporting champion, the 10,000 hours of ‘deliberate practice’ thought necessary for the attainment of skillset mastery1 must be embarked on as early as possible to gain a crucial head start. Contrary to this position, Epstein claims that a protracted, unstructured, and shamelessly exploratory period of wide-ranging experimentation, eventually followed by an informed narrowing of focus, creates generalist practitioners who are better positioned to ultimately excel than their specialist counterparts who specialise much earlier. This is because skills are in fact largely transferrable, and those attained in one sport, dance, or science (for example), may unlock enormous talent when deployed in another.

While Tiger Woods — arguably the greatest golfer of all time — achieved the highest feats of sporting greatness by focusing exclusively on his swing from the tender age of 3 (as decided by his father), Epstein shows that this approach, despite its popular acceptance as the only way to excel, is not the route by which the majority of trailblazers cultivate expertise. Roger Federer — arguably the greatest tennis player of all time — only settled on tennis as the focus of his efforts after many years honing skills across a variety of sporting disciplines.

Throughout Range, Epstein shows that the Federer approach, as opposed to the Woods strategy, is the tactic by which the majority of the world’s leading athletes, artists, musicians, inventors, forecasters, and scientists reach the pinnacle of their fields. By finding their paths relatively late in the day, and while juggling various interests simultaneously throughout their career, it is the generalists, not the specialists, who are primed to excel and achieve maximum success.

Range is a well-researched, far-reaching, compellingly argued thesis that many, including myself, find to be persuasive and even unexpectedly common-sensical (unexpectedly since the apparent efficacy of early specialisation is such a pervasive trope throughout our culture, despite often being at odds with our first-hand experiences).

For me, its pages served as a stark reminder of the career advice of an eminent public health professor regarding a PhD programme to which I was considering applying: ‘Choose a research niche, do so early, and use your career to become the world-leader in it’. This advice — which I did not take — was offered very early in my career, and even then struck me as so obscenely counterproductive that I immediately discarded the idea of pursuing a PhD entirely.

‘But I’m interested in so many things!’ How could I justify focusing singularly on the rare neurological effects of a specific polluting molecule in children under 5 living in a small region of greater London, and do so exclusively for a 4-year period at the expense of all other interests? For me, specialising so narrowly and so early in my career — without a reasonable understanding of the entire opportunity space (I hadn’t explored enough) — would likely have led to significant unhappiness by denying the academic scratching of my numerous intellectual itches.

“For me, Range gave credibility to a pre-existing feeling — that early specialisation is less likely to succeed.”

Range also reminded me of a number of acquaintances whose academic careers involved early specialisation. Many of these individuals, who each attained PhDs within the minimum time possible (undergraduate to master’s to PhD, with no interludes), frequently lament being ‘stuck’ in their specialties, and lack generalised skillsets that are transferrable across fields.

The message of Epstein’s thesis is also harmonious with that espoused by computer scientists Brian Christian and Thomas Griffiths in Algorithms To Live By.2 The authors show that an explore–exploit strategy of roughly 1:2 — in which the first 33% of a given time period is spent widely exploring the landscape of options (akin to early generalising), and the best option found to-date during the remaining 66% is exploited exclusively (akin to late specialising) — is the theoretically optimal strategy for maximising desirable outcomes (and minimising trade-offs) when dealing with recursive one-time offers in a bounded period of time (they attempt to apply this model to all such decisions in life, such as job opportunities, skillset development, and, rather distastefully, romantic relationships).

Applying the claims of Range to medical training and general practice raises three interesting observations. The first is that, in contemporary foundation training, junior doctors may apply for specialty training positions in the first half of their FY2, meaning they have completed a maximum of only four rotations (of 4 months each) by the time they submit their applications. According to Range, it is unlikely that this offers adequate exposure to the breadth of specialities — and sufficient opportunity to cultivate generalist skills — for a recently-qualified doctor to make an informed career decision at this stage that subsequently leads to the attainment of excellence.

While there will certainly be exceptions to this rule, and medical school placements provide some degree of exposure (although not the real thing), junior doctors are increasingly resisting the pressure to specialise early; while 71.3% of FY2 doctors chose to move directly into specialty training in 2011, this proportion had fallen to 50.4% in 2016, 42.6% in 2017, 37.7% in 2018,3 and 34.9% by 2019.4 While choosing to delay this decision, and accrue wider clinical experience in the meantime, may improve the chances of these doctors ultimately selecting the specialty in which they are most likely to thrive, it is concerning that this choice appears to be less likely in doctors from lower socioeconomic groups.5

“Had my position (no dependents) been different, this financial barrier may have been sufficiently sizeable to prohibit such a transition.”

The second observation is that, once a specialist route is chosen by a junior doctor, the barriers to changing that decision at a later date are substantial. In my own experience, after graduating from an undergraduate medical programme (which I started immediately after completing my A-Levels), I moved through a foundation programme and GP speciality training with no intermissions (interestingly, my Mum worked in a factory and my Dad was a firefighter). After 3 years of general practice, I re-entered speciality training on a public health programme. Due to the 2016 junior doctor contract, which tied salary to current grade rather than total experience working in the NHS (8 years at that point) — the pay cut that resulted in the transition (GP to Public Health ST1) was substantial. Had my position (no dependents) been different, this financial barrier may have been sufficiently sizeable to prohibit such a transition. According to the tenants of Range, it is unlikely that the practical infeasibility of changing prematurely-made career decisions will lead to a motivated workforce with high morale and flourishing.

The final observation applies specifically to the positional strength of today’s general practice. We are, of course, generalist practitioners, who deal with patients from before they’re conceived (pre-natal advice) to after they’ve died (bereaved family members). But we also have the ability to specialise — albeit superficially — in our individual strengths.

With wide-ranging experience across all bodily systems and clinical disciplines, GPs can develop specialist interests in their pathologies of choice, including dermatology, paediatrics, and men’s or women’s health. With a specialist interest alongside generalised practice, GPs can simultaneously excel across a variety of domains. According to the claims of Epstein, this is likely to produce a professional workforce that is optimally positioned to excel in its purpose.

For me, Range gave credibility to a pre-existing feeling — that early specialisation is less likely to succeed. The permission it grants us to explore our various interests is well worth the time spent on reading its contribution.

Thanks for the reflection on your own career Richard. I am old enough to remember (although I was not personally part of) the days when one could wander through a series of self-selected SHO posts at will, before finally choosing one’s specialty. Many GPs in particular gained great experience and a useful broad range of skills from this before finally settling on one career pathway.

Flag-waving and learning to dance