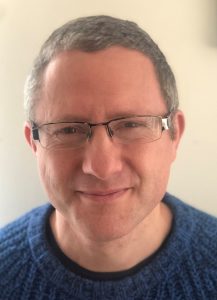 Do you ever feel swamped during consultations? There can be a lot to keep track of: the patient’s clinical problem, along with the, “Couple of other things while I’m here, doctor,” their ideas, concerns and expectations, the vaguely-remembered back-story in the notes, QOF alerts, and an awareness of how late you’re running and how long it is since you had anything to eat.

Red Flags come first as indicators of potentially serious disease. The sight of a non-blanching rash in a hot child, or cachexia in the patient not seen for a while triggers a familiar set of autonomic responses, including heightened alertness, a focus on action and a knotted feeling in the stomach. There are Yellow Flags too,1 psychosocial predictors of prolonged illness, originally in relation to new presentations of low back pain, but also applicable more generally. They include comorbid mental health problems, dissatisfaction with work, negative coping strategies and various fixed beliefs that can complicate recovery. The response to recognizing a yellow flag is less dramatic, an inward raising of the eyebrow rather than a rush to action.

The flag that no one wants to see is the heart-sink’s Jolly Roger, fluttering menacingly in the breeze as the patient settles into their chair.

The flag that no one wants to see is the heart-sink’s Jolly Roger, fluttering menacingly in the breeze as the patient settles into their chair. Heart-sinks are strongly negative personal responses experienced by doctors in relation to particular patients – and arguably vice versa – for reasons that may be unclear, but which can have a profound impact on the course of the consultation.2
Flags are simply bits of information, cues indicating that the consultation may be headed in one direction or another if we allow it. There must be an almost infinite number of these, from a moistening of the eyes to a tone of voice or the repetition of certain words. Do we respond to all of them and risk losing our way in the conversation? How can we keep our focus in the right place with so much going on? There are times when the only flag I want to see is the chequered one signalling the end of the race.

Feeling our attention jump constantly from one cue to another is stressful, and the natural response is to resist, take control, square our shoulders and push through. This can work, in the sense of getting to the point where the consultation ends, although depending on how assertive our patient is, it may actually make things more difficult and take longer, as well as reinforcing negative feelings on both sides.

After all, we wrestle opponents, but dance with partners.

I wonder if part of the difficulty stems from conflating focus and awareness, such that we keep too many things at the centre of our attention to be able to see any of them clearly, while neglecting what is at the edge. You may be familiar with a mindfulness exercise which involves staring at one spot on a wall while gradually extending the area of which we are aware around it: the point is that focus and awareness are complementary rather than exclusive. Perceived threats automatically trigger a narrowing of our perception, sharpening our focus at the expense of our peripheral vision and this is a part of our involuntary response not just to red flags, but to anything that seems important. Like so many of our adaptive responses, however, it is non-specific and can easily become maladaptive, such that when the consultation requires subtlety and a light touch, these things move out of reach.

If there is an application to all of this, it is perhaps that we can keep track of more in the consultation by not worrying about keeping track of so much, but instead choosing what to focus on. The outcome of most consultations is not pre-determined, such that we can get there by facing the right way and simply moving forwards, wrestling our patient over the finish-line. Rather, if we keep our attention on the person opposite us while maintaining an awareness of the surrounding landscape, we may go round in circles for a while, but are likely to arrive at a point we’re both happy with sooner and with less expenditure of effort. After all, we wrestle opponents, but dance with partners.

A world without general practice