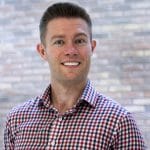 Richard Armitage is a GP and Clinical Lead affiliated with the Division of Epidemiology & Public Health at the University of Nottingham. He is on Twitter: @drricharmitage

COVID-19 continues to impact heavily on the world’s children, including their education, health, and social life.  Bullying, which harms each of these domains of childhood development, may have substantially increased during the on-going pandemic, compounding further the disproportionate impact of children and young people.

Bullying in childhood is a major public health problem.

Bullying in childhood is a major public health problem that has affected one in three children across countries of all incomes in the preceding month.1  The increased risk of poor health, educational and social outcomes associated with bullying are well recognised in childhood, and are now known to extend into adult life.2,3 In addition to traditional forms including physical, verbal and psychological bullying, cyberbullying represents a relatively new phenomenon in which bullying takes place through digital modalities.

The increased risk of poor health, educational and social outcomes associated with bullying are … now known to extend into adult life.

Children are particularly vulnerable to cyberbully victimisation due to their almost ubiquitous uptake of smartphones and participation in social media.  The increased potential for large audiences and anonymous attacks, coupled with the permanence of posts and reduced adult supervision, render cyberbullying a significant threat to child mental health.  However, at least prior to the COVID-19 pandemic, cyberbullying had a much lower prevalence than, and created very few additional victims beyond, traditional forms of bullying.4

National lockdowns and widespread school closures triggered by COVID-19 substantially increased the online activity of millions of children globally.  Such conditions provided the opportunity for potentially increased rates of cyberbully victimisation while traditional forms of bullying were rendered unfeasible.  In addition to existing traditional methods converting to digital forms, entirely new victims of bullying may have been targeted through elevated cyberbully activity secondary to increased time spent online.  These additional victims may now face bullying in both traditional and digital modalities since schools have reopened worldwide.

Consequently, there now exists a potential burden of childhood bullying that is significantly greater than that prior to COVID-19.  Without meaningful action, this could lead to increased rates of poor health, educational and social outcomes in childhood that endure for decades.

Research is urgently needed to establish the impact of COVID-19 on the prevalence of all forms of childhood bullying, and meaningful interventions installed in anticipation of elevated levels.  These could initially focus on girls, who are at greater risk of cyberbullying, and of the associated poor mental health outcomes, than boys.5 However, traditional bullying is likely to remain the major form associated with such outcomes, meaning bullying prevention programs should not focus solely on digital modalities.  While evidence-based anti-bullying interventions are lacking, cooperative learning approaches offer greatest potential for success, although implementation will be challenging under physical distancing restrictions.6  Finally, health professionals working with children, particularly those in general practice, should be alerted to the potential increased rates of bullying, and the likely impact on child health.

Targeting treatment for depression with Target-D