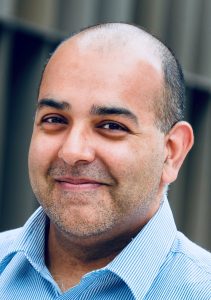 Sati Heer-Stavert is a GP and Clinical Education Fellow at The University of Warwick. Twitter: @SatiHeerStavert Blog: https://unexaminedmedicine.org/

Alexandre Dumas’s 19th century French novel, The Count of Monte Cristo, doesn’t usually make the list of standard medical texts but perhaps it should not be so readily dismissed. It captures the spirit of an age when medicine was undergoing a revolution, the legacy of which has shaped modern clinical education and practice. Paris was the influential European centre of medical discovery and The Count of Monte Cristo can itself be interpreted as an elaborate grand Round, with Dumas guiding the reader through a series of fascinating but intertwined cases. Expect vivid depictions of mental illness, amateur pharmacology and cold-hearted toxicology. It contains the first description of locked-in syndrome, over a century before it was formally recognised. The role of disease and illness in the story should come as no surprise since Dumas was himself closely acquainted with individuals affiliated to health care.1 He spent time with Bixio, a medical student he encountered at one of the revolutionary barricades who went on to act as Dumas’ second in a pistol duel. Separately, while feigning tuberculosis as part of the then fashionable consumptive aesthetic, Dumas met and became friends with a physician named Thibaut. This encounter would subsequently lead to Dumas attending medical rounds at the Hôpital de la Charité.

The Count of Monte Cristo can itself be interpreted as an elaborate Grand Round, with Dumas guiding the reader through a series of fascinating but intertwined cases

.Indeed, although the description of locked-in syndrome is appreciated as authentic, the elusive diagnosis of another character named Abbé Faria continues to perplex clinicians.2 Faria is a charismatic prisoner in the Chateau d’If but before he is able to escape, he experiences a succession of three progressively severe cataleptic episodes, the first with no residual deficit, the second causing a permanent hemiparesis and the final event culminating in death. He knows his condition is hereditary and there has been speculation as to Faria’s underlying diagnosis including Osler-Rendu-Weber syndrome, Sturge-Weber syndrome, cerebral amyloid angiopathy, and the now antiquated designation of primary apoplexy with serous effusion. 3, 4

Could the fictional and erudite Faria represent Cabanis, Corvisart or an amalgamation of both?

At the risk of peregrination, Dumas cites historical figures to add depth to the narrative and this may offer the reader a clue. The renowned French physician, philosopher and neuroscience pioneer, Cabanis is mentioned not only as making a potion for Faria’s cataleptic episodes but also anticipating his demise. Outside the book, Cabanis was no stranger to poor health himself. He is reported to have died of an apoplectic condition that sounds remarkably similar to the one experienced by Faria, with crescendo episodes over the period of a year resulting in death. His post-mortem is reported to have revealed left ventricular hypertrophy and an intraventricular haemorrhage.5 His death galvanised a debate as to whether these findings were related.6 One of the advocates for an association was the distinguished physician Corvisart. Littered with an array of superlatives and sometimes considered the ‘father of cardiology’, Corvisart was professor of medicine at the Hôpital de la Charité.7 His students included the now revered Bichat (‘Father of histology’), Dupuytren (‘First among surgeons, least among men’) and Laënnec (‘Father of auscultation and inventor the stethoscope’), who have similarly acquired laconic biographies. The influence of these avant-garde physicians and their contemporaries in redefining medicine and the understanding of disease could not have failed to penetrate Dumas while observing the medical rounds.

Revolutionaries are ‘magnetic people’. Corvisart eventually became physician to Napoleon who is said to have dreaded apoplexy. He is reported to have asked Corvisart about the condition who replied that “nature seldom strikes a blow without giving warning: A first attack, which is often slight, is a summons without costs; a second, a summons with costs; but a third is an execution on the person”.8 Ironically, fearing apoplexy himself, Corvisart retired, had his own first partial attack resulting in a residual deficit only to experience repeated subsequent episodes before dying six years later.9 Corvisart’s advice to Napoleon as well as his own death, like that of Cabanis, have clear parallels with the fate of Faria. Could the fictional and erudite Faria represent Cabanis, Corvisart or an amalgamation of both? Ongoing intellectual curiosity as to the diagnoses presented in the The Count of Monte Cristo offers the physicians of today an insight into our own analytical processes and biases that originate from the revolutionary time the novel was first published.

Readers may also find it interesting that Dumas is credited with the first description of transient vertebrobasilar insufficiency in another text (The Vicomte of Bragelonne). Furthermore, his mother is reported to have had a stroke, developed hemiplegia and died following a recurrence 7 years after the initial episode.