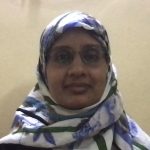 In this essay I’ve documented my experience with a middle-aged man* who lost two of his family members due to Covid within a span of two weeks.

As a family physician my primary goal was to understand his context, explore his illness experience and help him through his grief. However, beyond his personal loss in one of the most vulnerable moments of his life, this invincible person shared his grief and was even thankful to me for my time.

Listening to his story and reflecting on his resilience I realised the importance of understanding the non-medical aspects of patients’ symptoms that can facilitate patients’ trust and confidence in their physicians. Given the privilege of building longitudinal relationship with patients, this was a discourse that helped the patient reconstruct his sorrow and grief, starting the journey to some relief and reassurance.

It was a regular Monday at the Family Medicine Centre. The routine hustle of the beginning of the week was palpably missing. The second wave of the pandemic sweeping across our nation had forced people to stay indoors. The family medicine centre, safely located in the community, away from the covid wards in the busy tertiary care hospital, has been a relief for many of our patients. Yet, patients were either scared to come to the clinic or restricted by the lockdown measures or busy attending to their family members affected by covid.

As a family physician my primary goal was to understand his context, explore his illness experience and help him through his grief.

My list of patients included those with whom I had established a relationship and chose to see me, and a few new patients. I saw my patients for their common clinical conditions that needed minimal management adjustments, or who needed a thorough evaluation of why their biochemical parameters were deranged as opposed to their sense of well being.

The sub-intern who was with me to learn the ropes of communication skills and electronic medical records sat quietly through the series of consultations. In between my consultations and examinations, I helped my sub-intern understand that the concerns expressed by patients are unique to their contexts even though many may have the same clinical diagnoses.

Many of my patients were either tired, scared, angry or sad about how their lives had turned around by the pandemic. The uncertainty of the larger context added to the uncertainty of their individual lives. Overwhelmed by the plethora of information on print and digital platforms, they questioned the safety and efficacy of vaccines. Unable to interpret the results of scientific experiments, men and women wanted to know the meaning of phase three trials, thrombosis related side-effects, and which among the two currently available vaccines in India is better.

I shared my bio-medical knowledge to interpret the statistics of vaccine results. Not surprisingly, it helped their uncertainty only a little.

Around the middle of the day my nurse peeped in to say that a middle-aged male has been waiting to see me since morning and he’s nauseated. I replied that his appointment slot is yet to come but I would see him then. She ensured that he was clinically stable, afebrile and his oxygen saturation was well above 95%.

He walked into the room, apologised that he requested the nurse to be seen early as he was getting more uncomfortable. Behind the mask his unshaven beard and his overgrown hair intensified his appearance of things not being well.

He started off with his symptoms that warranted a doctor’s visit. He was unable to eat or sleep over the last two weeks and he couldn’t tolerate this further. He was seen by another physician and had been on esomeprazole, which made little difference to his symptoms. As I listened to his symptoms and tried to connect his emotions to his symptoms, he said that he decided to come to me as I had taken care of his child earlier. I could not identify him nor I was able to recall his earlier visit with his child. He finally broke down and said that he would tell his story as best he could.

I saw him in May of this year. His ordeal had begun three weeks earlier. His 80-year-old father passed away due to non-covid related illness. His father’s funeral was a legally bound small gathering. Culturally, his father’s demise warranted a post funeral family ritual for his mother. However, it was curtailed by his brother’s symptoms of cough, fever and breathlessness that began five days later. His family were not prepared to accept refusal of admission for lack of beds and oxygen. His brother was turned down for possible life-saving hospitalisation in more than two tertiary care hospitals. His persistence to get his brother admitted eventually paid off in a hospital about one hour away, but was too late. His brother died of Covid.

His brother was turned down for possible life-saving hospitalisation in more than two tertiary care hospitals.

His inability to find an elusive hospital bed for his brother haunted him more than his responsibility to support his brother’s handicapped wife and two small children.

His nausea and sleeplessness was not bothering him. His brother’s cough and breathlessness behind the oxygen mask in an ambulance racing for a bed had blunted his senses. But there was more. His brother was very close to his mother and went around with his mother on his motorbike for small errands. Soon his mother developed similar symptoms. Having gone through the process of accessing medical care in this unprecedented time, he got his mother admitted to the same hospital that gave a bed and oxygen to his brother. This time, his mother’s age and severity of illness made her well beyond medical help. Yes 15 days after he lost his father, his mother succumbed to Covid. Three of his family members lost in a span of two weeks!

He paused, and said in a clear voice that he along with the rest of his family members were screened for Covid and found to be negative. He waited for his quarantine period to get over to come to visit me. He was not annoyed or displeased with the doctors or with the hospital staff who denied admission for his brother.

He got himself together and said, “The hospital I went to is the one I believe it to be a temple…If only they could have accommodated my brother ….they agreed to give oxygen for two hours and that’s all they could do….”

The meaning of his life experience was far beyond my listening skills, yet I had very little to offer other than listen to him. I didn’t have many words to empathise with him in addition to holding his hand. All he expected out of that visit was to help him find a way to eat and close his eyes to get his thoughts away from the distressing images of his brother gasping for breath. He was willing to accept my offer of antidepressant that will assist him to rest for sometime, and to see the counsellor.

The meaning of his life experience was far beyond my listening skills, yet I had very little to offer other than listen to him.

After he left, I didn’t have any explicit reflective session with my sub-intern. The resilience of the person who presented with the usual symptoms had given both of us a striking awareness of our limitations as health care professionals.

Sometime later the patient requested to return to my room. He had a can of flavoured milk which he offered me. He said he got it for me out of his affection and respect.

Patient- doctor relationships are described in evidence based literature and included in medical school and residency curriculum. There is ample evidence to support the role of physicians in enhancing patient satisfaction, compliance, cost-effectiveness and their over-all well being.1 My experience with this patient has surpassed all of what I had learned in residency, and subsequently taught my students and residents. His human nature to accept his vulnerability, share his sorrow and move on in his life…..