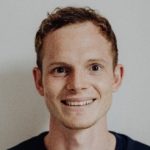 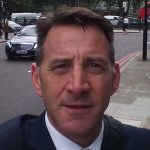 Nigel Hart (right) is a GP and Professor of General Practice and Primary Care at Queen’s University Belfast.

A recent front-page headline in The Times newspaper claiming the Government plans to force GPs to work in deprived towns,1 led to the exchange of polarised views between GPs on a popular social media platform with one side of the discussion thread claiming that the ‘inverse care law’ was an ideological stance and a social project rather than a medical issue.

The inverse care law, published in the Lancet in 1971, explained how the availability of adequate health care varies inversely with the need for it and that the ‘law’ ‘operates more completely where medical care is most exposed to market forces’.2

The author, the late Julian Tudor-Hart, did ascribe to a socialist political stance, standing on several occasions as a communist parliamentary candidate. This fact was offered, by one side of the online debate, to undermine the validity of the inverse care law. There is general assent to the maxim that we are a product of our environment; this holds in respect of social and political views. However, can Julian Tudor-Hart’s observation of health care be dismissed because of his political beliefs and the socialist leanings of his upbringing?

Fifty years on, The Times article reports on an idea being advanced by the centre-right leaning Social Market Foundation (SMF). It describes significant geographical discrepancies across England in the numbers of GPs per head of the population. The SMF offer the solution of reintroducing a central body, like the previously dismantled Medical Practice Committee (MPC), to regulate where GPs can work (albeit for the setting up of new practices), explaining that since the end of the MPC, in 2001, where GPs work has been left entirely to market forces.3

We know that in the most socioeconomically deprived areas there are larger patient lists per GP and patients have shorter consultations, with more comorbidity at younger ages including higher physical–mental health comorbidity. Living in deprivation leads to people dying prematurely. All-cause mortality, including COVID-19 deaths, shows a clear social gradient — the poorer the areas, the higher the death rate.4 The question surely is not whether the inverse care law exists, but why it exists, what impact it has on healthcare delivery, and what is the role on general practice?

Is this a medical or social problem?

The question of whether society is over-medicalising social issues is an important one. As doctors we know at times it is impossible to separate the clinical presentation from the social situation. Health and wellbeing are complex and the result of many co-existing factors. The social determinants of health and adverse childhood events are well documented to impact health and wellbeing.5 We also know that clinical care only accounts for around 20% of a person’s health outcomes, the other 80% are due to social and economic factors, health behaviours, and physical environments.6

For a GP aiming to provide good, holistic care, and supporting patients to achieve their best health outcomes, an awareness and understanding of the ‘causes of the causes’ leading to a patient’s medical problems is required, irrespective of individual opinions around who is responsible for these social and economic problems.

While discussion needs to be had about how to address the workforce and healthcare access in areas of deprivation, the wider debate should settle whether this is relevant in general practice. The last 2 years have demonstrated that, in contrast to some rhetoric, disease and mortality does discriminate by postcode; general practice carries the burden. As we seek to build back fairer following the COVID-19 pandemic, it is an essential that general practice is enlightened and united around its potential and its responsibility to be part of the solution to health disparities.

The debate around how to ‘level up’ our healthcare system is already underway, including the rolling back of market forces around general practice, an issue highlighted by a so-called socialist GP 50 years ago. Regardless of our political beliefs, the question should become, ‘Will general practice advocate for the public and partake in the debate, providing solutions to “treat” the social injustice many see on a daily basis?’ The recent call from the UK Parliament Health and Social Care Committee inquiry, in shaping the future of general practice, is an opportunity to address this question.

Episode 054: Identifying how GPs spend their time and the everyday obstacles they face