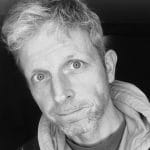 Euan Lawson is Editor of the BJGP. He is on Twitter @euan_lawson and DMs are open if you want to get in touch.

*Note: the Jan ’22 issue doesn’t go live online until 31 Dec so some links may not work until then.

When I wrote the Briefing for the Jan ’22 issue a couple of weeks ago there was a great deal of uncertainty around the impacts of the Omicron variant. No one would deny that the lag between infections and bad outcomes adds a significant element of challenge to any decision. The evidence from South Africa is beguiling, offering hope this is a variant that will be defined by significant transmissibility but mild outcomes. Yet, we can’t know and England now stands in isolation.

It might be the most nakedly political decision of the pandemic from a Prime Minister trying to shore up his position. Boris Johnson, ‘The Gambler’ in the sub-title of Tom Bower’s biography of him, has rolled the dice.

London hospitalisation update for 28/12. It’d be good to know what ministers consider to be an acceptable rate of hospitalisation. We’re all agreed that what happened last January was *bad*, right? pic.twitter.com/5y7rBk6gB3

The Christmas period has been a curious lacuna. There has been little in the way of data and and it will likely be skewed by various holiday pressures. It does seem to be emerging again and London, as before, seems to be ahead of the rest of the country and could be the bellwether. Data on admissions there suggests it is rising and the staffing situation across the NHS is a deep concern.

What is absolutely nailed on is that nobody can be quite sure what is going to happen in the coming weeks but there are worrying indicators. There are certainly many people fearing the worse. And while most of the attention is focused on the immediate threat to the NHS the longer term consequences of this variant are unknowable.

It is now a near certainty that the UK will be seeing a hospitalisation rate that massively exceeds the capacity of the NHS. Many thousands of people have been condemned to death by The Conservative Government.

One of the challenges with Covid has been that there is so much data around that many people have been, as is their wont, moulding it to their own beliefs. I don’t necessarily think that is what Prof West is doing here — the magical thinking regarding the possible outcomes has seemed far more common with those who have sought to downplay the pandemic.

More tediously, there have been plenty of rent-a-quotes willing to tell us what life will look like next spring or summer. Anyone offering opinions on those lines should be treated with caution, if not outright derision. As Yogi Berra said: “It’s tough to make predictions, especially about the future.”

One major change with the BJGP in 2021 was the move to open access for all our research so you will now, at the turn of the year, be able to access all the research content below without any difficulties. The first change in 2022 will be noted by anyone who wants to submit a research article as we move to ‘format free’ submissions. The aim here is to remove some of the detailed formatting requirements that we ask for when articles are initially submitted via the ScholarOne system. As everyone knows, we can’t take all papers forward and accept everything and it is an enormous amount of work for authors to keep re-writing and re-formatting papers to suit the idiosyncrasies of individual journals.

In reality, this will be more ‘format lite’ as we do still expect manuscripts to have some over-arching structure but it should ease one of the pain points felt by authors. We do have some specific requirements in how we present papers to ensure they best communicate their message but we won’t be asking for those until your paper is a little further along in the process.

Here are the links to the papers I mentioned in the Briefing.

There were three of these and they make a good collection.

Another collection of papers with three of them in the past year — and slightly beyond as well.

These three were all mentioned in the Briefing and shouldn’t be missed.

Two research papers and a thorough Analysis are worth ensuring you have to hand.

Clare Gerada and Iona Heath offer their views on the GP crisis and their thoughts on the future.

We don’t have a BJGP annual prize for best new talent/emerging voice but if we did it would be an easy decision this year. Here are three of Julia Darko’s articles from this year and we look forward to more in the future. 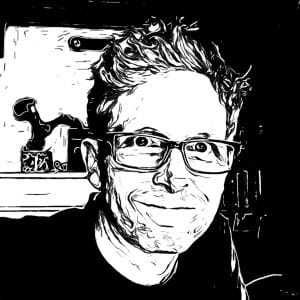 Euan Lawson is the Editor of the BJGP.

The Jekyll and Hyde treatment of general practice

Summer time! Perhaps a moment to reflect? Get creative and share your thoughts - here are