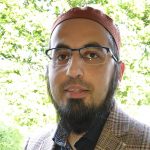 Any fool can criticise, condemn and complain – and most fools do. Dale Carnegie

To say the last 18 months have been a bit of a rollercoaster for everyone would, in my opinion, be a bit of an understatement.

The last time I sat on a rollercoaster I felt reasonably reassured by the restraints that I wasn’t going to fall off. The same sense of security, alas, wasn’t afforded to most people experiencing this Covid rollercoaster. The human stories of anxiety, fear, hope and elation, as the waves of various variants ebbed and flowed, have rarely been matched by any other event in recent memory.

However, another entity that seems to have been riding a similar rollercoaster has been the institution of general practice. Over the last 18 months, anyone with any opinion, be it a politician or a journalist, has had something to say about general practice. Whilst the NHS as a whole has been consistently seen as a victim of the unrivalled misery that Covid-19 has brought, general practice seems to have oscillated between victim and perpetrator of misery in the court of general opinion.

Early on in the pandemic, as the lockdowns were enforced, general practice basked in the warmth of the hero worship that was being bestowed upon all sections of the NHS. As the lockdowns eased; came the scorn. It was as if general practice was the very reason for all the delayed diagnoses in the whole of the NHS. The focus was placed on a lack of face to face consultations, despite the fact that the total number of consultations taking place in primary care was increasing.

Over the last 18 months, anyone with any opinion, be it a politician or a journalist, has had something to say about general practice.

Policy makers who had, pre-pandemic, encouraged the idea of remote consultation in primary care, were suddenly jumping on the GP condemnation bandwagon for using remote consultation. Journalists, chasing the dramatic, attention grabbing headlines, plastered the newspapers with negative stories, perpetuating the narrative of lazy GPs. With the advent of the Omicron variant, the anti-GP furore seems to be subsiding. Perhaps because it has become clear that the rapidly needed upscaling of booster delivery cannot be achieved without the input of general practice. For now, at least, the swords of QOF requirements have been resheathed, creating some breathing space for a constantly castigated profession.

Whilst all this drama has played out in the public sphere, general practice has continued to function in the background. However, to say it has done so unperturbed would be false. The incessant negative headlines and politician baiting have a deep impact on the morale and psyche of those who set out every day to do their best, only to later be told that they are failing the very people they are trying to help.

It would be more constructive if the criticism came from quarters which actually understood the nature of the work being carried out in general practice. How a health secretary, who has barely been in the job a week, can have such a fundamentally opposed opinion to the leaders in that profession is a baffling contradiction then I never hope to be able to understand.

Perhaps we are just an easy target. When the new NICE guidelines came out for the lowering of threshold of risk when statin treatment should be started in primary prevention, it was stated that “Most patients will already be under surveillance by their GPs so this won’t add any additional workload.”1 Drop the QRISK threshold from 20% to 10% in otherwise healthy people, offer all the additional people a statin, discuss the pros and cons of a statin, organise a liver function test for all those who decide to go on a statin, call the patients with abnormal liver function tests back and explain how their statin has contributed to their deranged tests, organise a repeat test and hope it comes back normal and then do yearly LFTS for all the extra patients identified and counsel patients who develop muscle aches on statin. I agree; that doesn’t sound like any additional workload at all!

For all the detractors, it is perhaps best to finish with words of the Greek philosopher Plutarch, “It is a thing of no great difficulty to raise objections against another man’s oration-nay, it is very easy; but to produce a better in its place is a work extremely troublesome.”