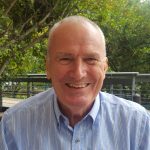 “Just because the frogs come out after it rains does not mean it rained frogs“. Anon

When I started practice over fifty years ago my patients had a very limited knowledge of medical matters. In the last five decades there has been an information boom with television, film and the modern internet, jam-packed with medical information, dramas and health education programmes.

In those far off days most patients presented with direct uninterpreted translations of their symptoms. A headache, a cough or a runny tummy stayed at the level of the symptom or feeling.

Nowadays with the general increase in education the language of the medical conversation has subtly changed. There has been a semantic shift of words and language towards the diagnoses and nomenclature of medicine.

The French philosopher Michel Foucault proposed that almost all power resides in knowledge and language. The owner of the knowledge holds the power. In the days after I qualified I held most of the power, but since then there has been an inexorably shift in this knowledge and power towards the patient. This has both advantages and disadvantages for the patients’ health.

Michel Foucault proposed that almost all power resides in knowledge and language. The owner of the knowledge holds the power.

A patient recently came in to see me with diarrhoea and immediately asked whether I thought it was due to “E. coli or listeriosis”. He had, as it were, got the wrong end of the stick. Patients may now leave out parts of their history, assuming that their knowledge from online searches, is shared by the doctor. It may be routine to leave out the known previous medical history of the patient but parts of histories may also be omitted because they are considered to be ‘stating the obvious’.

This is similar to an ellipsis, which is originally from the ancient Greek meaning ‘omission’. In writing it is denoted by three dots … indicating an omission of words or dialogue.

Presentations are thus made without declaring the full facts or premises on which they are formed.

Medical terms and concepts that are on line and in the public domain allow patients to diagnose themselves. An example of this is a patient who presents to me as “It’s my sinuses, doctor”. In a previous era it might have been “I have a blocked nose and I am sneezing, doctor”. The patient has already formulated a possible diagnosis and used ‘sinuses’, a concept that is in common use in modern language. The patient may have jumped to a plausible conclusion by a process which is called, amongst others, default reasoning. I find that when patients present in the consulting room they may have already taken this step down the interpretive line and present with a complaint such as “It’s my migraine” rather than “I have a headache”.

These already assumed diagnoses tend to lead the doctor down the garden path.

These already assumed diagnoses tend to lead the doctor down the garden path. If the exact symptoms had been presented it would allow me to start my clinical reasoning from ground level whereas now I have to back track down Dr Google’s information stream and untangle a web of already formed inferences and conclusions. After further information gathering ‘sinuses’ might become allergic rhinitis and ‘migraine’ may have turned out to be a tension headache.

This process of deduction is similar to the concept of an enthymeme from ancient Greek meaning ‘consider’ from en for ‘within’ and thumos for ‘the mind’. The process was originally proposed by the philosopher Aristotle but it now has several definitions. The common thread that runs through the definitions is that of a missing link or false premise in the process of reaching a conclusion.

The classic enthymeme was a three part deductive argument (syllogism) consisting of two premises (one major and one minor) and a conclusion. The often quoted example of this deductive logic is:

“All men are mortal;

Socrates is a man;

A relatively common presentation now in practice is

This can happen with hormones (premise);

The patient may, indeed, be correct but there is the missing premise of the other qualifying criteria that have been omitted. In this way the conclusion may be based on a false unarticulated premise and the symptom is actually caused by an underlying depression. The stage has then been set and the lead actor has already put forward an explanatory model in scene one.

Even subtle changes in language, especially with a symptom such as chest pain, can lead to catastrophic results. I was reminded of this when a colleague’s father recently phoned her at the hospital. He told her that he had “heartburn” and asked her if she could bring some Gaviscon (an antacid) home with her, when she left work. While driving home that evening, she suddenly had the thought that her father had never complained of heartburn before.

You know the rest of the story……