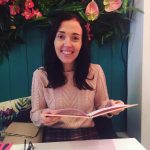 Chloe Webster is a Junior Doctor, with an interest in Women’s Health, and an indescribable love of writing.

My early years at Medical School were spent trawling through online algorithms of ‘Which speciality is for you?’ This was not based on much scientific foundation, but thankfully I didn’t like dark rooms, so Radiology wasn’t for me. It wasn’t until my fourth year that I realised I was on a path to General Practice. Now four months into Foundation Training, albeit swamped with TTOs and referrals, a patient encounter has reminded me of the journey I am making.

It’s Wednesday. It’s another ward round. A new Registrar is insisteng on seeing all the patients on the ward by 08:30. I’m not sure why this is the case, but definitely Formula One speed surgical ward rounds are the next crazy time target to tackle after 10-minute GP consultations. We whizz round, and all the patients become a blur. It’s 08:25 and we have reviewed HDU, three side rooms and 2 bays.

We visit the first patient in the bay, B3B1. A middle-aged woman post-op following first rib and middle third clavicular resection (who knew such a thing existed?). The notes are yanked out of the trolley, frantically scribbled in, and within 30 seconds, we are on our way to the neighbouring bed space. Out of the corner of my eye, B3B1 is teary. The ward round party continue their reviews like speed dating, hopping from one bed to another, asking minimal yes/no questions.

Formula One speed surgical ward rounds are the next crazy time target to tackle after 10-minute GP consultations.

I detach myself from the ward round, and perch myself on the edge of the bed. I saw her yesterday after a dizzy spell with the physio. After a chat, I suspected labyrinthitis, and we decided to try Prochlorperazine for a day. I said I would come back tomorrow to see how she was getting on.

The answer was not very well. With gasps of breath through a flood of tears, she told me that this is the third operation she’s had, and each one has taken its toll on her. I forget about the ward round; everyone has moved on. The noise of the ward fades away, and I feel like we are in our own consultation room. She’s terrified, and I don’t blame her. During the night, she suffered a syncopal/vacant episode and the arrest call was made. Who wouldn’t be worried? The Registrar’s concern was that chest compressions may impact the resection. Thankfully CPR was not needed.

We talk about the sensation of vertigo. It’s improving, and together we agree to continue with Prochlorperazine for another day. I stand up to go, and the ward round is nowhere in sight. I look up at the clock in the bay, it’s been 5 minutes. I rushed up the corridor to catch up with the rest of the team.

I felt like I made a difference, treating more than just physical and biological symptoms.

Today made me think. I felt like I made a difference, treating more than just physical and biological symptoms. All that was needed was a few minutes to express her concerns, and someone to listen. Today, I brought a bit of GP magic to a hectic surgical ward. Four months into the Foundation Programme, with fluctuating mental health and considerations of quitting, today reminded me of what I am striving towards: a career in General Practice.

This is now the second time Max Phobius has saved the world in time for Christmas.

Peter Aird is a GP in Bridgwater, Somerset. This is part five of a five part

Peter Aird is a GP in Bridgwater, Somerset. This is part four of a five part

Peter Aird is a GP in Bridgwater, Somerset. This is part three of a five part

Peter Aird is a GP in Bridgwater, Somerset. This is part two of a five part