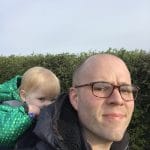 Mark Riley is an Army GP currently deployed in Afghanistan and an Academic Research Fellow with the Academic Department of Military General Practice.

Social determinants of health are not a new concept. Where we are born, how we live and how we work are all factors recognised by the World Health Organisation as causing health inequality; that unjust disparity in health outcomes according to social status.1 There have been seminal reports on the social determinants of health in the UK each decade for the last 30 years; The Black Report, The Acheson Report and The Marmot Review.2-4 Yet rallying calls to government and health policy makers to tackle health inequality go back well over a century. The impact of health inequalities we witness now in the COVID-19 pandemic are an indictment of society’s efforts so far to tackle them.

1845: Fredrich Engels — The Condition of the Working Class in England

He regarded the inaction of society in tackling this as ‘social murder’.

Engels was born in 1820 in Germany and went on to become a radical socialist, co-authoring The Communist Manifesto with Karl Marx. In 1845 he published The Condition of the Working Class in England, recording his observations of the ill health of workers in post-industrial England.5 He documented entire families living in single rooms, in cities where the air was polluted with coal smoke and the streets littered with filth. He draws stark facts from Government reports on the impact of this way of life on the people enduring it — in one district of Leeds, there were three deaths for every two births.6 The living conditions in the North of England resulted in regular tuberculosis, typhoid and scarlet fever epidemics amongst the working classes. He regarded the inaction of society in tackling this as ‘social murder’.

Virchow, a doctor, was born a year after Engels, and is regarded as the father of cellular pathology. He saw that inequalities in society were responsible for much of the burden of disease at the time. In 1848 he wrote; “medicine is a social science, and politics nothing but medicine at a larger scale” after investigating an epidemic and observing that the poor were much more prone to disease than the rich. He argued that disease epidemics could only be eliminated through tackling social inequality.7

Although they were both socialists, and likely to see how society impacted health when others of their era didn’t, it adds strength to Engels’ observations that a renowned doctor of the age concurred with them.

If Engels witnessed social murder, then this could be considered 21st century social genocide.

Marmot’s position is clear; “health inequalities that are preventable by reasonable means are unfair. Putting them right is a matter of social justice”. One example given in the review describes health inequalities in the over 30 years age group; if those without a university education had their death rate matched with people of the same age with a degree, 202,000 premature deaths per year in England would be prevented. This impact of social position on health is referred to as the social gradient in health.4 If Engels witnessed social murder, then this could be considered 21st century social genocide.

Health experts and politicians have warned for over 170 years that health inequality is killing those in the most deprived parts of society. We now witness the poorest in society disproportionately dying of COVID-19, suggesting that the social murder observed by Engels in 1845 is still going on today. The social gradient in COVID-19 mortality needs to be the wakeup call for governments and health policy makers to ensure such unequal loss of life is not repeated in a future pandemic.