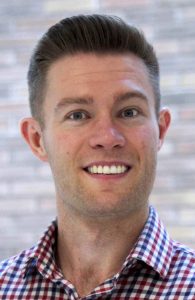 The recent Iranian government-mediated Internet blackout in Tehran and Kurdistan — designed to supress a growing social media-fuelled protest movement triggered by the death of 22-year-old Kurdish woman Mahsa Amini in police custody1 — is the latest in the rising global trend of state-ordered internet shutdowns. These measures pose a novel and growing threat to various elements of global public health.

…the totalising, indiscriminate and widespread nature of internet shutdowns invariably impacts large numbers of users beyond those intended by the intervening government, and harms economic, educational and vital health activities.

Internet shutdowns are government interventions motivated to intentionally disrupt access to, and the use of, online information and communication systems. Measures include strangling bandwidth or restricting mobile service, thereby preventing meaningful internet usage including the ability to view and share video footage and live streams, or limiting the availability of particular websites, social media or messaging services. While shutdowns can suppress all internet connections in a country or region, they often target limited modalities, especially popular mobile networks. In countries where broadband internet is largely unaffordable and internet access is mostly obtained via mobile devices, shutting down mobile networks amounts to a complete internet blackout for the majority of the population.2 The #KeepItOn coalition reported 931 Internet shutdowns in 74 countries, mostly in Africa and South-Asia, between 2016 and 2021, during which 12 countries implemented over 10 shutdowns each.3 Shutdowns are mostly deployed in contexts of conflict or heightened political tensions, such as during civic elections and public protests.

While they deeply impinge on many human rights — particularly freedom of opinion and expression, and access to information4 — the totalising, indiscriminate and widespread nature of internet shutdowns invariably impacts large numbers of users beyond those intended by the intervening government, and harms economic, educational and vital health activities.

As health systems globally become increasingly digitised and functionally reliant upon internet connectivity, they and their beneficiaries become progressively vulnerable to the impacts of shutdowns.

The provision of health care and public health services is increasingly dependent upon internet connectivity, and its disruption causes harm to human health and wellbeing. Shutdowns have been reported to impede the delivery of urgent medical care, the delivery of essential medicines and maintenance of equipment, the communication of clinical information between healthcare professionals,5 and population access to COVID-19 public health advice.6 As health systems globally become increasingly digitised and functionally reliant upon internet connectivity, they and their beneficiaries become progressively vulnerable to the impacts of shutdowns. This is also the case for humanitarian actors, whose health programmes and safety are endangered by blackouts.7

The global public health community should collectively denounce all instances of Internet shutdowns due to their significant threat to population health, and support ongoing efforts to increase resilience against these misuses of government power.4

Featured photo by Headway on Unsplash

Book review: General practice under the NHS: past, present and future

Episode 098: Should we prescribe antibiotics to children with uncomplicated chest infections in primary care?