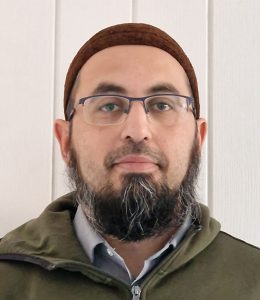 Samar Razaq is a GP in Burnham, Buckinghamshire

‘It’s the sun wot won it’ was the headline that the Sun chose for their newspaper on the 11th of April 1992. It was in response to the slim Conservative victory in the general election when the preceding polls had suggested that Neil Kinnock’s Labour were on course for an equally slim victory. The Sun had campaigned hard against Kinnock who, himself, blamed the Sun for his loss. Since then the headline has become somewhat of an urban legend of how the media can influence rather than inform the public. This was further demonstrated in a more eerie fashion by an insidious experiment carried out by Facebook in January 2012 where the emotions of users were, unknowingly to them, manipulated by showing them more “positive” or “negative” posts.

Occasionally, the worlds of media and healthcare can clash in a way that has pronounced consequences in the real world.

Occasionally, the worlds of media and healthcare can clash in a way that has pronounced consequences in the real world. Whilst the media may intend to inform, they invariably end up influencing a somewhat frenzied, albeit predictable, behaviour in the public. This is currently being demonstrated in the case of the recent deaths caused by Invasive Group A Streptococcus infection. The dramatic news headlines of the unfortunate deaths of children (fifteen at the time of writing) may intend to inform and protect the public but to what extent are they actually causing harm and, thus, counterproductive?

Perhaps it would be useful to see what the public are being advised to do. Official advice tells us that “warning signs of invasive disease include a fever (temperature above 38C) and severe muscle aches”.  Since the term “severe” is fairly subjective, this could realistically include anyone with a fever. Parental advice is that they should see the GP if the child is getting worse, has had a dry nappy for more than 12 hours, feels hotter than usual when the chest and back are touched, is feeding less than usual and is more tired or irritable than usual. A visit to casualty is suggested if the child is having difficulty breathing, turns blue or is floppy or not responding.

This is all sensible advice but is there any evidence that the majority of parents do not already adhere to the above guidance irrespective of a deadly invasive bacterial infection outbreak? Is this advice not relevant to every winter when infective conditions are peaking? All this media attention is resulting in more parents making contact with the health services for minor illnesses which they perhaps would normally have managed at home. As a result more people are waiting longer to speak to or see a health professional and enduring even longer waits at accident and emergency departments or for arrival of ambulances. Local doctor messaging groups are getting frequent messages about which local pharmacies have run out of certain antibiotics. All of these occurrences are unintended but expected consequences of the disproportionate hysteria that has been whipped up by various outlets.

All this media attention is resulting in more parents making contact with the health services for minor illnesses which they perhaps would normally have managed at home.

Modern means of communication were meant to be tools. A tool, by its nature, is meant to be used to carry out a certain function or job; designed to make the users life easier. However, due to the modern corporate nature of the majority of media formats, we are more consumers than users. As a result, it is the consumer that has become a tool through which corporate profits are realised. To ensure a steady flow of profits, the consumer must remain hooked to new, sensational and up to date information, irrespective of whether it is of any use to them.

With the hyped up rhetoric of a failing NHS, is it responsible to whip up further turmoil and agitation for the same NHS further sending it into a downward spiral of increased waiting times and poor access? Is there any evidence of public health campaigns, such as this, actually improving outcomes for patients? With the NHS (and everyone who works for it) being constantly judged by what it doesn’t do (missed cancer diagnoses, waiting lists for elective procedures, lack of GP appointments, long ambulance waits) rather than what it does do (countless patients treated and lives saved), it can do without the further unnecessary diversion of healthy people towards it through campaigns such as this.