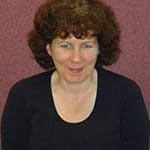 Judith Dawson is a GP in Kettering and national clinical lead for the social care charity Leonard Cheshire.

“The patient is medically optimised” seems to be a current catchphrase in discharge letters and case presentations by medical students. It derives from definitions used by the NHS in its reporting of delayed transfers of care from health to social care settings, and refers to the point at which the consultant in charge of the patient has decided that no further acute medical input is necessary or appropriate.1

Unfortunately, the phrase appears to have been absorbed into current medical parlance, which has a history of using derogatory terms, such as “bed blockers” and “DTOCS”, for those who appear to be outstaying their allotted time in an acute care facility. This newer classification appears both illogical and unfeeling. I wonder how a son would feel hearing his mother, now dysarthric and immobile after a stroke, described as “medically optimised”?

Haque and Waytz examine in detail the reasons why clinicians and healthcare systems allow subtle forms of dehumanisation to enter clinical practice, so that people are treated as non-persons or objects within the system.2 The process of dehumanisation involves the denial of a distinctive human mind in another, specifically the denial of experience so that others are treated like cold and unfeeling machines, and the denial of agency so that the other is treated as an animal or irrational. Deindividuation is part of this reclassification as “other”, so that patients are no longer seen as distinct people but as part of a less human herd. Further, the functional processes involved in care also impair patient agency by removing choice and inducing submission.

Patients are no longer seen as distinct people but as part of a less human herd.

Some forms of dehumanisation have been argued to be necessary in order to allow clinical care, for example the need to be able to tolerate inflicting pain on another human being, and the need to attend to clinical problem solving rather than an empathic response in an emergency situation.

This does not mean, however, that it is appropriate to use depersonalising language in a healthcare setting. Language differences form part of social stratification through sociolinguistic stereotypes. Our cognitive processes are heavily influenced by the language and metaphors that we employ: ‘Language is not an instrument that I can pick up and put down at will; it is always already there, surrounding and invading all I experience, understand, judge, decide and act upon. I belong to my language far more than it belongs to me, and through that language I find myself participating in this particular history and society’.3

Leopold et al commented that, as orthopaedic surgeons, they would not consider referring to someone as a “schizophrenic” or an “epileptic”, terms which are actually commonly used in referring to individual patients in hospital and clinic settings, reducing the person to an illness.4 Earlier papers reflect on the use of appellations such as “crumblies”, “acopia” or “social admissions” in the care of the elderly.5 The more that we allow the use of these descriptors in our organisations, the more we become habituated to the failure to see and distinguish the humanity of those for whom we care. Some have considered that the use of disrespectful language should be categorised in the same context as “never events“.6 Studies have been able to demonstrate the clinical effect of stigmatising language in the medical record.7

As one moves further from the clinical setting and into management, the link with those on the receiving end becomes more tenuous, and so the imperative to use appropriate terminology becomes stronger. The management task already tends more towards one of “what is good for the system” rather than “what is good for this person” and managers are negotiating conflicting central and budgetary demands with possibly less insight into clinical reality.

Referring to someone as “medically optimised “ is not only disrespectful but also induces a tendency towards clinical apathy, and a disregard of the fact that today’s well recovered individual may tomorrow be back on ITU. It potentially implies that any failures are the fault of the patient as they have received optimal care, something which in truth is unlikely to be the case and which we, as clinicians, find difficult to acknowledge. It also assumes a passivity on the part of the patient in the recuperative process rather than promoting co-ownership of recovery. A more appropriate phrase would be “ready to consider discharge”, which is forward looking and positive in its connotations, and has the capacity to induce a hopeful aspect to the care of that individual.