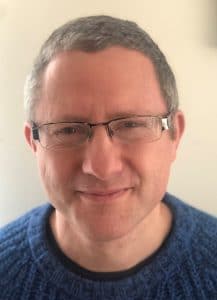 What is it about giving something a name that feels so important, so basic? And how do we decide which name to use, when the same thing may have several, some more generic, and others more specific? If I have a vague sense of not being right, is it better to refer to this as malaise, a virus, or Covid-19?

To name something is to define it: literally, to set an end or boundary to the range of possible meanings it might have, to make it a finite quantity.

To name something is to define it: literally, to set an end or boundary to the range of possible meanings it might have, to make it a finite quantity. Likewise, naming allows us to comprehend a thing, to grasp it, as one might apprehend a thief. There is a long tradition in folklore and fiction of the true name, which is not just a handle of convenience for a thing, but somehow expresses its nature or hidden self, allowing it to be controlled by one who is in the know. The applications are generally in the realm of magic, but it’s easy to see DNA as fulfilling the same function, a code that contains our essence and can be rewritten to change us. Patients may know a medicine’s brand name, but doctors know its proper name, harder to pronounce and written in smaller print on the box, which allows them to prescribe it. And diagnosis, after all, is about discovering the secret name of an illness so that it can be mastered. If I see a patient with poorly localized abdominal pain and a fever, it may be difficult to know how to treat their condition. Name it appendicitis, however, and the management becomes much clearer.

To name a patient’s suffering can be therapeutic, acknowledging it as real and setting boundaries around it.

But what if we pick the wrong name? The question of diagnosis leads inevitably to that of misdiagnosis, which may be worse than no diagnosis at all. If naming something tells us what to do about it, the cost to us is that we close our mind to possible alternatives; and the tendency to close our minds prematurely, and to cling onto a diagnosis despite evidence to the contrary, is a recognised cause of medical error. Consider also that we can only give an illness the names that come readily to mind: what if there is a bigger picture which we can’t yet see clearly? To name a patient’s suffering can be therapeutic, acknowledging it as real and setting boundaries around it. It can also be problematic, inasmuch as all diagnoses are in a sense generic, while a patient’s experience is unique to them. When a patient feels overwhelmed by what they’re going through, it may be enough just to acknowledge this, without trying to persuade them that there is a limit to what feels limitless, or that by implication, it’s not as bad as it seems.

It seems, then, that there are advantages and disadvantages to naming, or diagnosing, in the consultation, and that we will generally be biased in favour of making a diagnosis, purely because this means we can stop thinking about it. To diagnose accurately, however, may sometimes require that we choose less specific names, or else simply defer diagnosis. We can still acknowledge and validate our patients’ suffering on its own terms, be open about uncertainty and involve patients in deciding what to do. In fact, if I imagine putting patients at the centre of their own care like this, I think there might even be a name for it.